Amy Poehler had fans falling over themselves in anticipation of Moxie, but the coming-of-age film falls victim to typical feminism tropes we’ve seen countless times before.

The high-school based movie drops on Netflix this week, and is based on the novel of the same by Jennifer Mathieu.

It follows shy teenager Vivian (Hadley Robinson) as she starts her next year at high school alongside best friend Claudia (Lauren Tsai). Like every high school movie, there’s a huge focus on status and the publishing of a list ranking all the girls in school – mixed with the arrival of new pal Lucy (Alycia Pascual-Pena) – is enough to spur Vivian into some sort of action.

She raids her rebellious mum Lisa’s (Poehler) cupboards and anonymously publishes an underground magazine in a bid to call out the wrongdoing she sees in her peers, unwittingly bringing on a revolution in the school corridors.

Vivian forges new friendships outside of her usual group as the zine makes waves in the school corridors, and brings teenage girls from different cliques together like never before.

Moxie is full of everything except for an actual dose of the moxie it seems to celebrate. 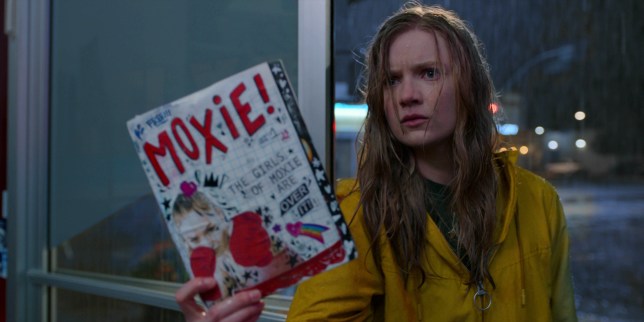 Hadley Robinson stars as Vivien, who anonymously starts her own zine (Picture: Netflix) 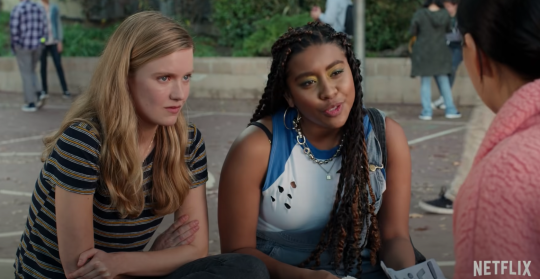 Moxie manages to bring girls in the school together (Picture: YouTube)

The flick has the best intentions, but fails to really live up to any of the hype, and in fact succumbs to many of the tropes the writers are so desperate to fix. As diverse as the cast is, it’s the young white girl who is directing the message through creating the zine, letting her non-white counterparts get the blame while standing idly by and gets no comeuppance for her actions throughout.

There are many racial stereotypes throughout that no one cares to fix – instead it leans heavily into ‘sassy’ Black friends and a timid Chinese teenager who is eager to please her strict mum, to move the plot along. The dialogue seems desperate to include every cultural topic to be seen as inclusive, but it feels as though the opposite is achieved, with some references feeling shoehorned in there with no real purpose or thought.

As clunky as the plot may be, there are also some great scenes of female friendship at the heart of the film, which is always heartwarming to see in an industry so full of the opposite.

Poehler is definitely promoted from the ‘cool mum’ in Mean Girls to the actual cool mum, introducing us all to a banging, punk-filled soundtrack which will have you dancing around your home.

Despite the flaws, hopefully the film will spark conversations and debates in viewers who are inspired to find a little ‘moxie’ in themselves.

Moxie is released on Netflix on March 3.