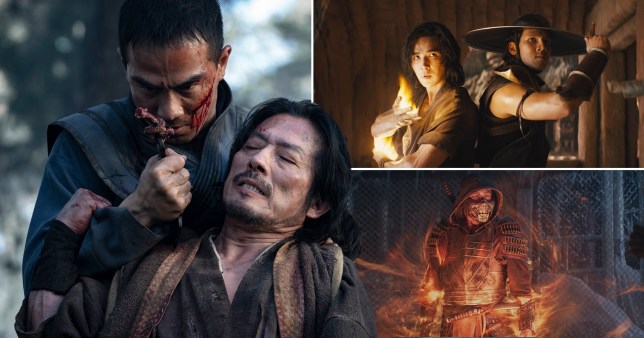 Fans have been waiting for the new Mortal Kombat movie (Picture: AP)

The new Mortal Kombat movie has been long-awaited, but fans in the UK have been left wondering how they will be able to watch the 2021 instalment of the film.

Mortal Kombat is available in cinemas in the US and on demand on HBO Max from Friday, April 23, but it is currently not available to watch in the UK.

There are currently no confirmed release plans for Mortal Kombat in the UK and cinemas remain closed until May 17.

It is thought that Warner Bros may be waiting for cinemas to reopen to give it a full theatrical release, but at present no dates are confirmed for when the movie will arrive in cinemas or for streaming.

Recent releases from the studio, including Godzilla vs Kong and Tom & Jerry: The Movie have been made available to rent at home for £15.99, meaning this could also end up an option for Mortal Kombat, though nothing has been confirmed as yet.

A seven-minute preview has been released so far, which is available to view in the UK.

Based on the iconic game, the new Mortal Kombat movie will centre on new character Cole Young (Lewis Tan), who is unaware of his heritage and warrior Sub-Zero (Joe Taslim) has been sent after him by Outworld’s Emperor Shang Tsung (Chin Han).

Cole trains with experienced warriors at the temple of Lord Raiden (Tadanobu Asano), including Kano (Josh Lawson) and Sonya Blade (Jessica McNamee), to prepare him for battle against the enemies of Outworld.

Prior to the upcoming movie, there have been two Mortal Combat films released, both over 20 years ago.

Metro.co.uk has reached out to Warner Bros for more information on Mortal Kombat’s UK release date.