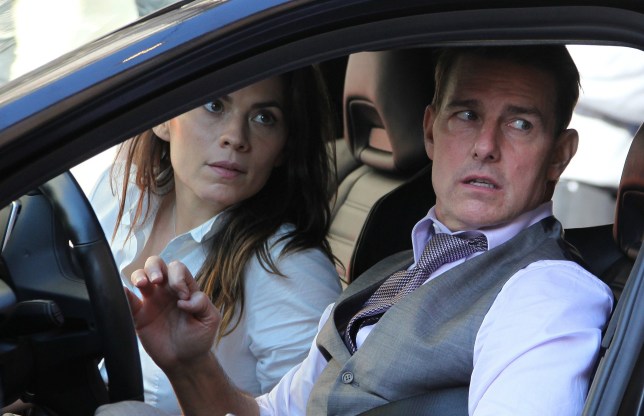 Filming has reportedly been delayed on the set of Mission: Impossible 7 (Picture: Rex)

Filming has been paused on the upcoming Mission: Impossible 7 set amid more coronavirus-related issues, it has been claimed.

Production recently resumed on the blockbuster after numerous delays due to the pandemic, with scenes being filmed in the Middle East.

According to reports, things have been halted once more on Tom Cruise’s flick as staff asked to return to the UK before new travel restrictions are implemented.

‘The whole production has hit yet another issue and there have been revolts among the cast and crew,’ an insider said.

‘For quite a few of them, the prospect of having to quarantine in a hotel back in the UK is a step too far and they’ve demanded to be flown home before the rules change. The studio has had to fund a jet back and the missing cast and crew will inevitably cause another delay.’

Health Secretary Matt Hancock announced this week that UK and Irish residents landing in England would have to isolate in a hotel if they have been to anywhere on the Government’s travel ‘red-list’ in the past 10 days – with 33 countries currently making up the list. 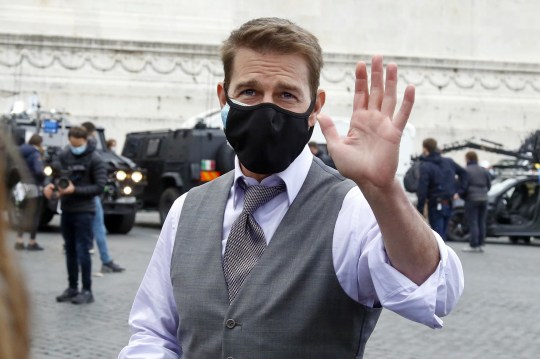 Things are said to have ‘taken a toll’ on members of the crew, with some allegedly wanting out.

‘Morale is really down and many of the younger staff who aren’t earning the big bucks just don’t feel it’s worth it any more,’ the source added to the Sun.

After a series of delays, things started back up again at the end of last year, with Tom working hard behind the scenes to make things as safe as possible for staff.

In September, it was claimed that the actor – who plays Ethan Hunt in the franchise – paid around £500,000 to rent ships in Norway to keep things running, and also provide isolation should it be needed.

The film hit the headlines in December when a leaked tape from the set appeared to show the Hollywood star screaming at crew members for not properly socially distancing.

‘I’m on the phone with every f**king studio at night, insurance companies, producers, and they’re looking at us and using us to make their movies,’ he yelled in the audio clip. ‘We are creating thousands of jobs you motherf**kers.

‘I don’t ever want to see it again, ever! And if you don’t do it you’re fired, if I see you do it again you’re f**king gone. And if anyone in this crew does it – that’s it, and you too and you too. And you, don’t you ever f**king do it again.

‘That’s it! No apologies. You can tell it to the people that are losing their f**king homes because our industry is shut down. It’s not going to put food on their table or pay for their college education.’

Mission: Impossible 7 has been slated to be released on November 19 , 2021, three years after Fallout – the last film in the franchise – came out.