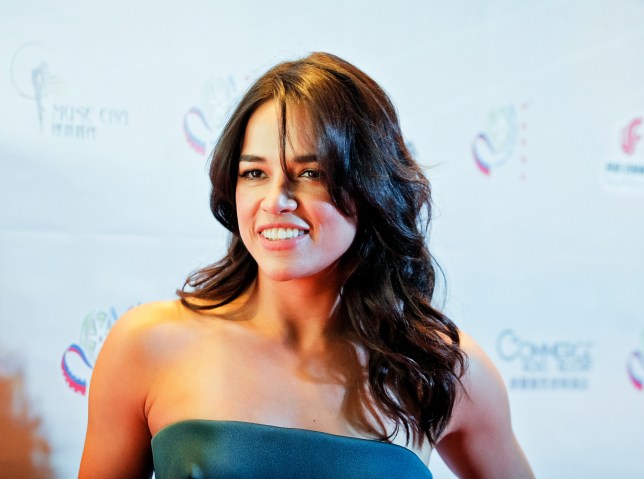 Michelle Rodriguez has revealed that she insisted on her role in Fast and Furious being re-written in 2001 after being left unhappy about how the character came across.

The actress, who starred as Letty Ortiz in the 2001 blockbuster, made sure that the queen of the drag strip was re-written to include more nuance.

‘When Michelle [Rodriguez] read her role, she was like, “No, I’m not playing that.” And then she changed it completely. It went from a trophy girlfriend to this really layered character,’ her co-star Jordana Brewster (Mia Toretto) said.

Michelle added to Entertainment Weekly: ‘It was a reality check for them to realize that the streets don’t work like that. You don’t just get with a guy because he’s hot. There’s a hierarchy there. Can that hot guy get beat up by who you’re dating? If he can, then you don’t date him, because why would you want to lose the hierarchy?

‘In order to keep it real, I had to school them: “I know you guys like Hollywood and all that, but if you want it to be realistic, this is how it really works, and I’m not going to be a slut in front of millions of people, so you’re going to lose me if you don’t change this.” And they figured it out.’

Producer Neal H Moritz added that he was grateful for the female perspective, and wanted everyone to feel empowered.

Michelle and Jordana starred alongside the late Paul Walker, Vin Diesel, Dwayne Johnson, and Tyrese Gibson in the original movie.

It kicked off the huge franchise, which is continuing this year with F9, with Vin, Jordana and Michelle reprising their roles.

John Cena has also joined the franchise, previously explaining that he’s very aware of the responsibility he’s taking on.

‘I certainly didn’t overlook the responsibility, the opportunity as well,’ he said. ‘I get to reap the rewards of this family who has poured the foundation and built the structure of global delivering blockbuster.

‘And I get invited into the ninth instalment to share the last name Toretto to be Don’s greatest adversary of all time, that that is not lost. And I think it has to start there, it has to start with respect.’

Fast & Furious 9 will be released in UK cinemas on July 8.