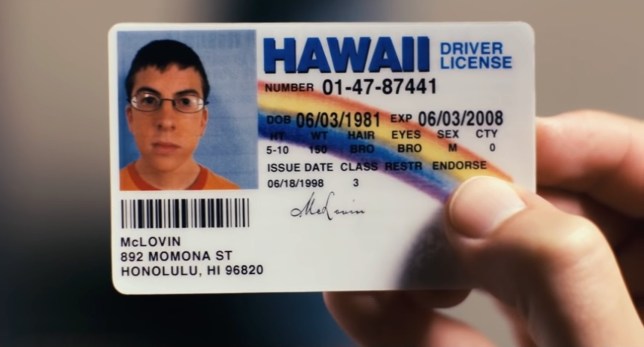 If McLovin were a real person (in our hearts he is), today would mark the Superbad character’s 40th birthday.

You know, if you didn’t already feel old enough.

The iconic 2007 film centred on a bunch of high schoolers Seth (played by Jonah Hill) and Evan (Michael Cera) who were on a quest to lose their virginity before heading off to college in a very American Pie-style tale.

However, what Superbad lacked in pies it made up for in sex jokes and crude humour which had us gasping in cinemas.

It was Christopher Mintz-Plasse’s character Fogell, though, who will go down in 00s history at the ultimate comedy legend, after he managed to get his hands on a fake ID to procure some alcohol pre-high school party.

The image of Fogell’s fake Hawaii drivers license, which bore the name McLovin (just McLovin’), is burnt into our retinas – but, unless you have this marked in your calendars, you may not remember the birthdate he tried to get past the shop attendant as June 3, 1981. 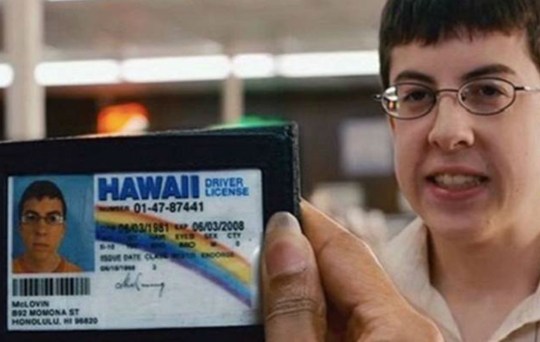 Joseph Gordon-Levitt was also in the celebratory spirit as he chimed in alongside a shot of the license: ‘Happy 40th birthday, McLOVIN.’

While we may be reliving that gorgeous moment of cinematic history, Christopher recently opened up about the effect playing pop culture icon McLovin had on him.

Christopher, now 31, told Page Six last month: ‘It was very tough to be a nobody one minute and then, literally, two days after the movie came out, it was me getting recognised everywhere.

‘It was very alarming, it was very intense. There was a lot of anxiety, a lot of breakdowns, but I had a great support system of friends and family, a great agent and manager to help me guide a career that I wanted — but it was intense.’

The actor added that it was ‘very alarming for a 17-year-old person’ to become pretty much a household name overnight.

Sadly if you were wondering where our dear Fogell/McLovin ended up, Seth previously poured cold water over the idea of a sequel.

He previously told Ladbible: ‘I think of all the movies we’ve ever made, Superbad is the one I’d 100% probably never touch.

‘Honestly, I don’t think it requires improvement or anything to be built upon it. I’m unbelievably proud of it, it really holds up – people still watch it, high school kids come up to me telling me that they watched it for the first time and how they loved it. It’s worked its way into being viewed as one of the better high school movies that’s out there.

‘I’m so terrified of subtracting from it in any way with a bad sequel or spin-off that I’d never do it. I have so few actual good accomplishments that I’m horrified to f**k with the ones I have.’