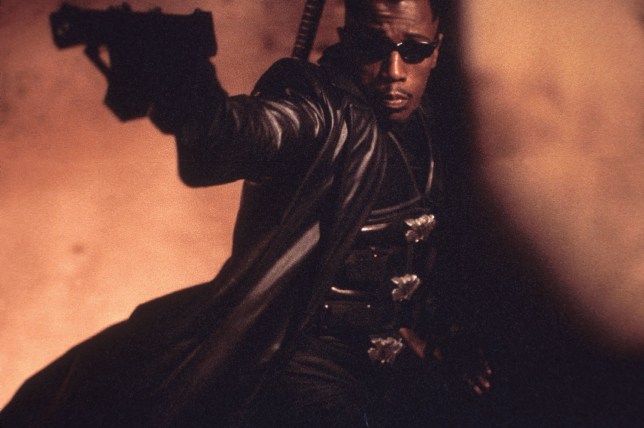 Marvel boss Kevin Feige has revealed he has no current plans for any R-rated movies other than Deadpool 3 right now, and Blade fans are gutted.

The original Blade movie, starring Wesley Snipes as the vampire hunter, was rated R, partly due to the violence, and partly due to language.

Now, the wildly popular movie is being rebooted, starring the likes of Mahershala Ali, and it looks like it’s going to be a little more family-friendly, despite it recently being announced that Deadpool 3 will have an R-rating.

‘I think we target everything we’re doing for kids and adults, so I think your question is more adult or R-rated,’ Kevin said at a press event, according to Deadline.

‘Other than Deadpool, which has already established itself as a certain genre and a certain rating, that we already said we would not mess with when we started working on Deadpool—which we have—other than that, we haven’t encountered a story or a storyline or a character’s journey that a PG-13, or the tone, or the ratings we’ve been using up to this point has prevented us.

‘We haven’t been held back by [PG-13]. If we ever are, then certainly there can be a discussion that can be had now that there are other [outlets]. But that just hasn’t been the case. We’ve told all the stories that we wanted to with the tonality and the rating we have now.’

With the new Blade movie going for PG-13, I have to say it’s the little things I’ll miss most… like Blade ripping out a vampire’s throat and throwing at another vampire’s face. pic.twitter.com/08twCbqaWY

Kevin fiege said that Blade would most likely not be rated R.

Fans of the franchise have been left a little gutted by the news, with one writing: ‘Lol so Marvel Studios can keep the Rated R rating for Deadpool, but NOT BLADE???’

‘The movie is still a long way to go but in my mind Blade does not work in PG-13. He legit carries a sword and kills vampires,’ another said.

One more referenced a scene from the original movie, quipping: ‘With the new Blade movie going for PG-13, I have to say it’s the little things I’ll miss most… like Blade ripping out a vampire’s throat and throwing at another vampire’s face.’ 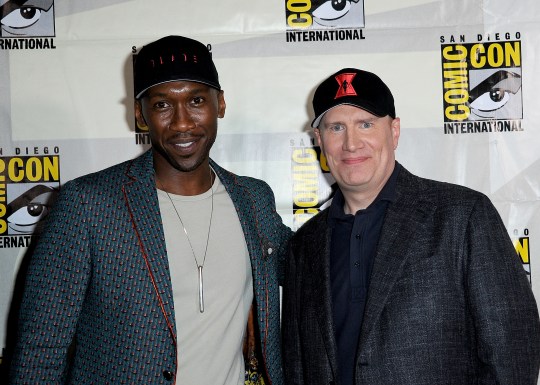 The original movie sees Blade having to team up with the vampires he hates so much to avenge the curse of his birth and save the human race.

Meanwhile, after it was announced that Mahershala would be taking on the role, Wesley has lent his full support.

Speaking to Den Of Geek, the actor was asked if he had been contacted by Mahershala within the past year since his casting was announced.

He responded: ‘No, he hasn’t called me. We haven’t talked about characterisations or how he should play it or anything like that. I can’t imagine that call ever coming in. That would be really strange.

‘But we did communicate about how much we appreciate each other’s work, and how I’m comfortable with saying, “Hey man, go rock it, baby. If you got it, do it.”’

Later giving Mahershala his best advice, he added: ‘It ain’t gonna be easy. There’s a whole lot of it that you don’t know [with] them action movies. Everybody ain’t cut like that. They ain’t made for it. But if you got it, let’s go. I got your back, 1,000 percent. Let’s go.’