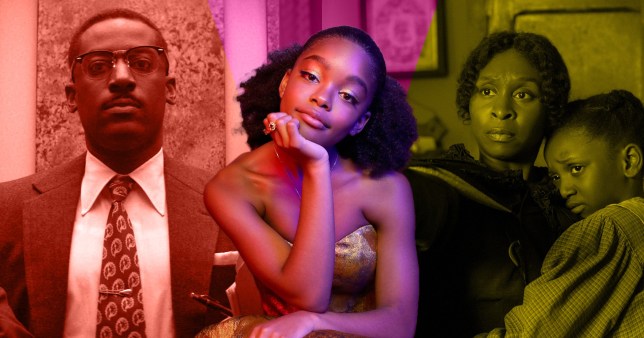 Whether it’s on the news or the latest Hollywood blockbuster about slavery, we can probably all agree that there’s enough content on our screens highlighting Black pain and trauma.

Particularly over the past year with the rise in momentum of the Black Lives Matter movement – it’s a lot.

The over-saturation of on-screen content focusing on Black pain has never been lost on me, but it really hit home when even a 16-year-old said enough is enough.

Black-ish actress and all-round badass teen, Marsai Martin, is an inspiration for all generations and any race.

At the age of 13, she became the youngest person in Hollywood history to produce a movie with her broad role in Little, a spin-off of Tom Hanks’ feel-good classic Big. Little grossed more than double its budget, taking $49million at the worldwide box office.

She also has her own production company, the aptly-titled Genius Productions, and became the youngest person to ever get a first-look deal with Universal Pictures – or any studio for that matter.

In her relatively short career, Marsai has been nominated for a Screen Actors Guild Award and won countless NAACP Image Awards. It’s safe to say that Hollywood has recognised her talent, potential and ambition. 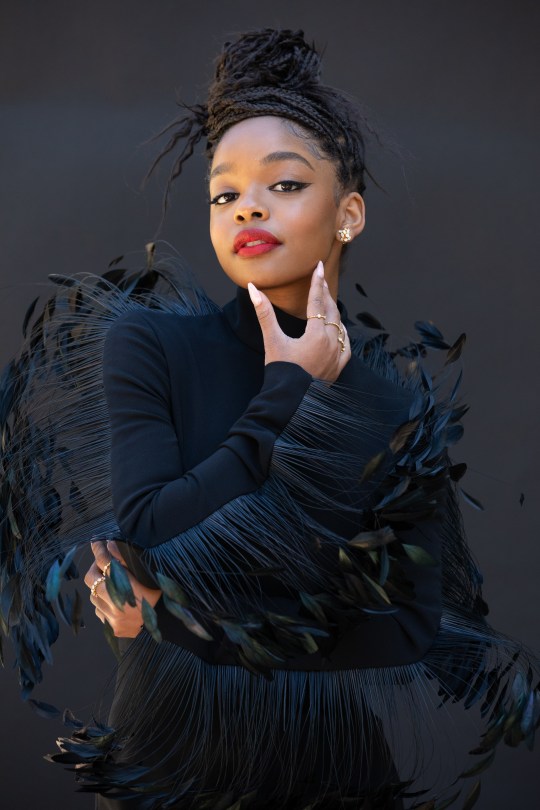 The 16-year-old is undeniably the future of cinema (Picture: Getty Images)

Despite the fact she’s young enough to be my daughter – if I were a teen mum, of course – it really struck a chord when Marsai revealed her approach to Black representation in cinema.

‘I have a couple of rules when you come into my office,’ Marsai told The Hollywood Reporter last month.

‘I don’t do Black pain. If it’s Black pain, I don’t go for it, because there’s so many films and projects about that, so that’s not who I am.’

The moment a teenager says it’s too much, it’s probably time to start exploring other stories.

For a time in Hollywood, it seemed as though Black pain was a trend. Since 2012, we’ve had the following films and TV series with slavery or period drama racism as a theme: 12 Years A Slave, Django Unchained, Lincoln, The Birth of a Nation, Harriet, Antebellum, Mudbound, Belle, The Butler, Selma, Fences, One Night In Miami, Just Mercy and If Beale Street Could Talk – these are just some of the notable ones with major promotional campaigns, I’ve no doubt there are many more I’ve missed and certainly, more to come.

Don’t get me wrong, all were brilliant films with exceptional performances and likely very rewarding for the actors to flex their skills with gritty roles.

However, that’s a lot of trauma to cover in less than a decade. I understand these films are occasionally necessary to present historical events in an ‘entertainment’ form to younger generations, but there comes a time where it’s no longer ‘entertainment’ and merely exploiting Black pain.

My first feelings when I saw Bashy promoting his first major Hollywood role on social media was that I was proud. Proud that another talented Black British star had landed a lead role in a drama produced overseas and which would air on one of the biggest streaming services.

However, it stirred different feelings once I realised the premise of the series. Them follows a Black family who move to an all-white Los Angeles neighborhood where malevolent forces, next door and otherworldly, threaten to taunt, ravage and destroy them.

It has drawn comparisons to Jordan Peele’s Get Out, which has inspired a whole new horror subgenre tinged with racism themes.

While at first an entertaining and refreshing subgenre, it’s already getting to the point where we really have to wonder: In 2021, are Black actors still only considered for prominent roles when it concerns their pain?

Black actors have long talked about the fact that jobs for people of colour in Hollywood are few and far between so it’s easy to understand why they would take certain projects – surely each role is a stepping stone to something bigger.

But in recent years, we have seen moments where Black actors have shown they can enjoy box office success without the narrative being our trauma.

After all, Marsai is booked and busy with roles focusing on regular stories that can resonate with audiences regardless of race, such as the upcoming StepMonster and comedy Queen. 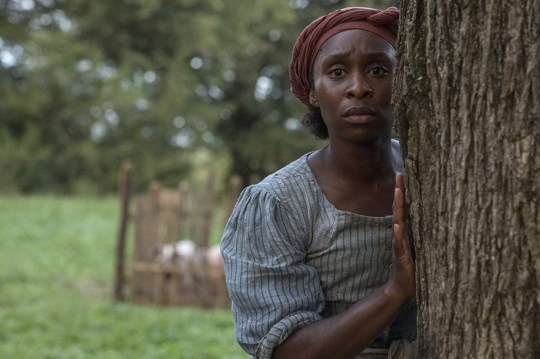 Stories of historical events, such as Harriet, are occasionally necessary but shouldn’t be the ceiling of Black entertainment (Picture: Martin Chase Productions)

Viola Davis earned a Bafta nomination for Widows, which saw her as the wife of a late gangster who is forced to to deal with the fallout of his dodgy dealings after his death.

Jamie Foxx just made history as the first African-American lead in Disney Pixar animation Soul, an inspiring story that encourages us to find and fulfill our purpose.

Michael B Jordan has starred in – and is now set to direct – Hollywood’s latest boxing franchise Creed, a spin-off of the Rocky series that has become a box office monster.

And, of course, Marvel’s Black Panther served as a cultural awakening for cinema with many Black fans embracing their African heritage and others simply in awe of the wonders that the fictional city of Wakanda had to offer. In other words, it was refreshing to see Africa presented in a positive light for a change.

There are so many uplifting Black stories that can resonate with audiences without being exploitative of our community’s real life struggles.

So if Marsai, for all her boundary-breaking and glass ceiling-smashing achievements, is the future of cinema, perhaps there will come a time when cinema will flourish with stories of Black joy instead.