The Spanish film director Mario Camus, who has died aged 86, was shocked by the success of his 1984 film The Holy Innocents. An unflinching portrayal of rural poverty in 1960s Francoist Spain, it broke Spanish box office records, topping the bill in cinemas for 18 months. When it narrowly missed the Palme d’Or at the Cannes film festival, the divided jury awarded it a consolatory special mention.

Years later, Camus found himself in the same Paris restaurant as Dirk Bogarde, the jury president who had fought to give him the top prize. Bogarde exchanged just two words with Camus: “Milana Bonita.” There is not a Spaniard over the age of 50 who does not know what that means.

In his film Milana Bonita is the name given to his pet jackdaw by Azaria, old in body yet perpetually a child. He is a tender burden for his sister Régula who, like her husband, Paco, works and lives at the mercy of the caciques – landowners – who shuttle between the city and their estates in Extremadura. Paco, played by Alfredo Landa, is treated as little more than another farm animal by Ivan, the landowner’s son, who lames him for life by forcing him to climb a tree with a broken leg from which, inevitably, he falls. After Ivan callously shoots Milana Bonita dead, Azaria drops a noose over his head and hangs him.

The unsentimental but haunting adaptation of Miguel Delibes’s novel of the same name was an unexpected commercial hit in the middle of Spain’s “Movida”, the hedonistic long goodbye to the grey decades of dictatorship.

Landa, a stalwart of the Franco-era cinematic landscape, received overdue artistic recognition, while Francisco Rabal, who played Azaria, was crowned Spain’s leading actor. That they shared the Cannes best actor award was as much success as the intensely private Camus could wish for.

When he accepted a Goya lifetime achievement award in 2011 he said: “Without the actors we are nothing, it’s as clear as that.” Even Delibes was moved to say that Camus “triumphed over me” by improving on his novel.

Born in Santander, the capital of Cantabria, Mario was the son of Viriato Camus Pérez, a tailor, and his wife, Salud (nee García Ruiz). The family were uprooted to the village of Vernejo, south-west of the city, when Viriato’s shop in Santander burned down. Mario escaped from the backward rural Spain that he would later depict by winning a place to study law in Madrid through a basketball scholarship.

His friend Basilio Martín Patino, with whom he founded a film club for senior schools that flirted with jeopardy by showing Roberto Rossellini’s Rome, Open City, persuaded him to abandon his law studies. In 1956 he entered the Official Cinema School in Madrid, where he was initially drawn to scriptwriting, collaborating in 1960 with Carlos Saura on the screenplay of his first feature film, the neorealistic Los Golfos. During filming he fell in love with the scriptwriter Concha Bergareche. They married the following year and eventually raised seven children.

He graduated from film school in 1962 with a short film, El Borracho (The Drunkard), in which he presented the themes to which he would constantly return – making flesh-and-blood characters from Spain’s marginalised and downtrodden. Camus directed his first full-length film, Los Farsantes, in 1963, a road movie about a wandering troupe of actors – the “fakers” of the title – forever one square meal away from ruin. The same year he directed his own screenplay, Young Sánchez, about a boxer, which gave him his first taste of success with a string of awards. 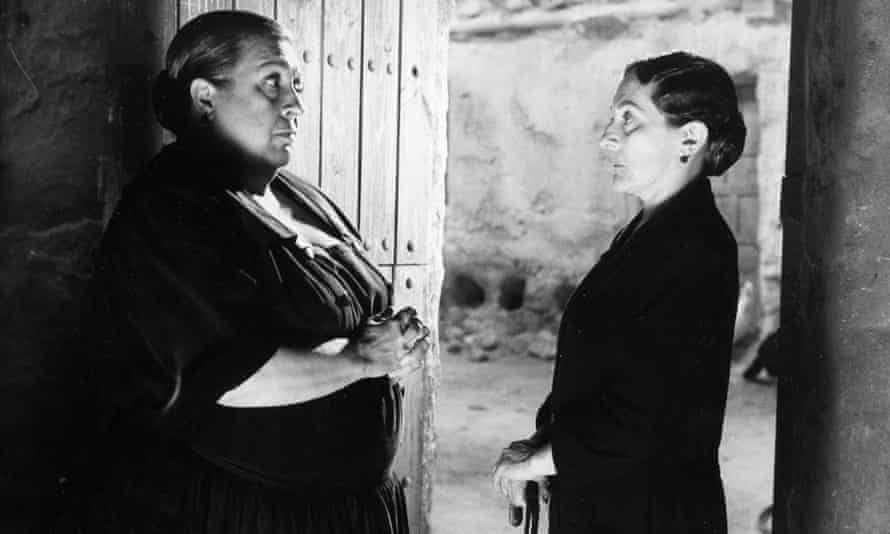 Camus stands apart from his peers for two reasons. First, his adaptations reintroduced the national literature to a new generation of Spaniards. He adapted Lorca, Calderón de la Barca, Ignacio Aldecoa, Arturo Barea, Eduardo Mendoza – always focused on the spirit rather than the letter of their works.

The success of his 1980 television adaptation of Benito Pérez Galdos’s Fortunata and Jacinta in a Swiss-French-Spanish production demonstrated his second quality: mastery of the ensemble piece. This was evident in The Holy Innocents, but even more so in his preceding film, La Colmena (The Beehive, 1982), adapted from Jose Camilo Cela’s post-second world war novel, in which the battered and pinched city of Madrid is the protagonist. Camus won the Golden Bear at that year’s Berlin film festival with it.

He cared nothing for fame, producers complaining that he lost interest in the project as soon as it was complete. He lived in Santander, and avoided interviews. With his Cantabrian reserve, he adopted the motto “I only make films.”

Recalling The Holy Innocents’ success at Cannes, he said: “Everyone congratulated us, but what I wanted was to leave. It always bothered me a lot to be under the spotlight and to have to say intelligent things, especially with the French.”

Camus made 29 films. His last, The Meadow of the Stars (2007), dealt with the abandonment of the elderly and Spain’s vast rural world – themes that resonate today. It opens with lines from TS Eliot’s Four Quartets: “The only wisdom we can hope to acquire is the wisdom of humility. Humility is endless.”

In 2015 he published a collection of short stories, his last published work. He missed the team spirit of film-making to the end. He was proud of his record for having always kept to the shooting schedule. On the days that he finished ahead of it, he would often play a game of football with his technicians.

Why I Waited Until Now to Speak About Robin Thicke