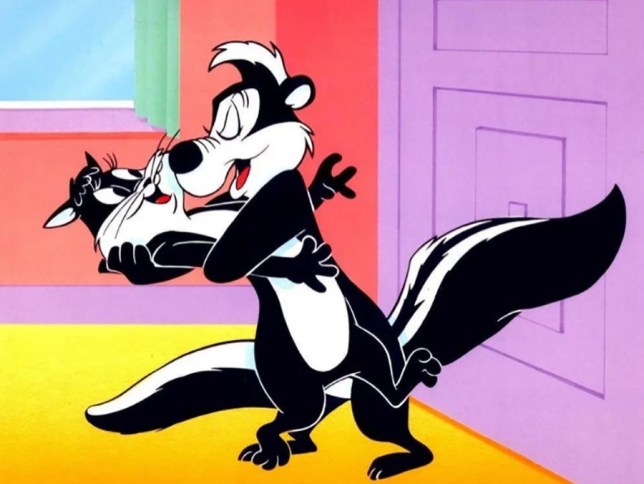 While the animated skunk was ‘scrubbed’ from the LeBron James film ‘more than a year ago’, according to reports, the news followed a recent article in which Pepe was called out for ‘normalising rape culture’.

The Warner Bros character was first introduced in 1945 and is depicted as a French striped skunk, ‘constantly on the quest for love’.

According to The Hollywood Reporter, it was decided long ago the controversial character would not appear in the upcoming hybrid live-action animation film, which follows the 1996 original that starred Michael Jordan.

Deadline has also reported that a scene for the sequel between Jane the Virgin star Greice Santo and Pepe, which was shot in June 2019, has instead been left on the cutting room floor.

It was said Pepe was set to appear in a ‘black-and-white Casablanca-like Rick’s Cafe sequence’ in which he hits on Santo’s character, kissing her arm, before she slams Pepe into a chair, pours her drink on him and slap the character. It’s then reported Pepe tells LeBron that Penelope cat filed a restraining order against him before the basketballer ‘makes a remark in the script that Pepe can’t grab other Tunes without their consent’. 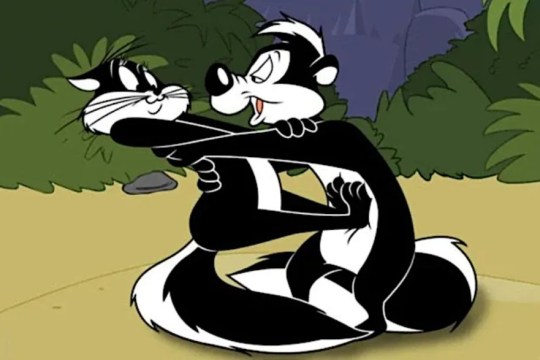 The news of Pepe’s no-show in Space Jam 2 comes after a New York Times opinion piece called out racism within pop culture and cartoons in the wake of Dr Seuss Enterprises stopping publishing six books due to racist and insensitive imagery.

While characters such as Speedy Gonzales and Tarzan were named amid problematic depictions of race, when it came to Pepe in particular, writer Charles M Blow wrote in the column the character ‘normalised rape culture’.

He later extrapolated on his point as he wrote on Twitter: ‘RW blogs are mad bc I said Pepe Le Pew added to rape culture. Let’s see. 1. He grabs/kisses a girl/stranger, repeatedly, w/o consent and against her will. 2. She struggles mightily to get away from him, but he won’t release her 3. He locks a door to prevent her from escaping.’

RW blogs are mad bc I said Pepe Le Pew added to rape culture. Letâs see.
1. He grabs/kisses a girl/stranger, repeatedly, w/o consent and against her will.
2. She struggles mightily to get away from him, but he wonât release her
3. He locks a door to prevent her from escaping. pic.twitter.com/CbLCldLwvR

Blow went on: ‘This helped teach boys that “no” didn’t really mean no, that it was a part of “the game”, the starting line of a power struggle.

‘It taught overcoming a woman’s strenuous, even physical objections, was normal, adorable, funny. They didn’t even give the woman the ability to SPEAK.’

The earlier Space Jam 2 scenes that featured Pepe Le Pew were filmed under the original director of the sequel, Terence Nance, before he left the production and Malcolm D Lee took over. Deadline reported that Pepe was then eliminated from the sequel, with the decision having nothing to do with the New York Times piece.

A spokesperson for Santo said she was disappointed her scene with Pepe was cut from the film, saying the star – who has spoken about being a victim of sexual harassment in the past – now ‘doesn’t have that power to influence the world through younger generations who’ll be watching Space Jam 2, to let younger girls and younger boys know that Pepe’s behavior is unacceptable’.

It follows fan outrage after character Lola Bunny has been ‘desexualised’ for the sequel, compared to her 90s version.