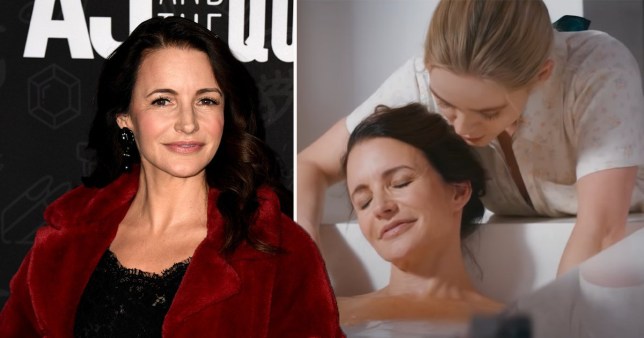 Kristin Davis’ Netflix thriller Deadly Illusions has been a trending topic for all the wrong reasons since its release last week.

For those who haven’t see it, the Sex and the City star plays Mary, a mother and bestselling novelist seeking a nanny for her young child.

She thinks she’s found the perfect woman for the job in Grace (Greer Grammer), however, strange things start to happy when the nanny moves in.

Grace not only seems to seduce Mary, but also appears to be having a fling with the writer’s husband (Dermot Mulroney) as well.

Spoiler alert: Eventually, we discover that Grace has dissociative identity disorder and ‘Margaret’ – her evil alter – has been the reason why she acts so strange. 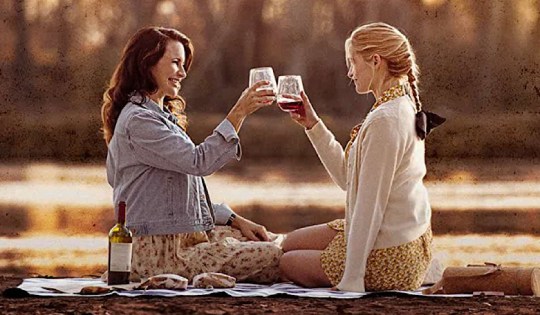 The Sex and the City star play a writer alongside Greer Grammer as a mysterious nanny (Picture: Netflix)

But the issue some viewers have been having with the film is the fact the ending leaves you feeling very confused about whether it was Mary, Grace or Margaret who killed Mary’s friend Elaine (Shanola Hampton). Yep, there was a murder added to the mix as well.

Turns out Kristin completely understands how some viewers aren’t exactly loving the film and its strange twists.

In the comments section of an Instagram snap, the actress shared of her with Dermot and Shanola, one fan wrote: ‘This movie made me uncomfortable! Only could get through half of it.’

The Holiday in the Wild actress made it clear she has no hard feelings as she replied: ‘That’s ok, i get it!’

When another fan wrote, ‘I need someone to explain the ending to me. So confused’, the actress replied: ‘I understand !’

Can’t please them all, eh?

Deadly Illusions is available to stream on Netflix.