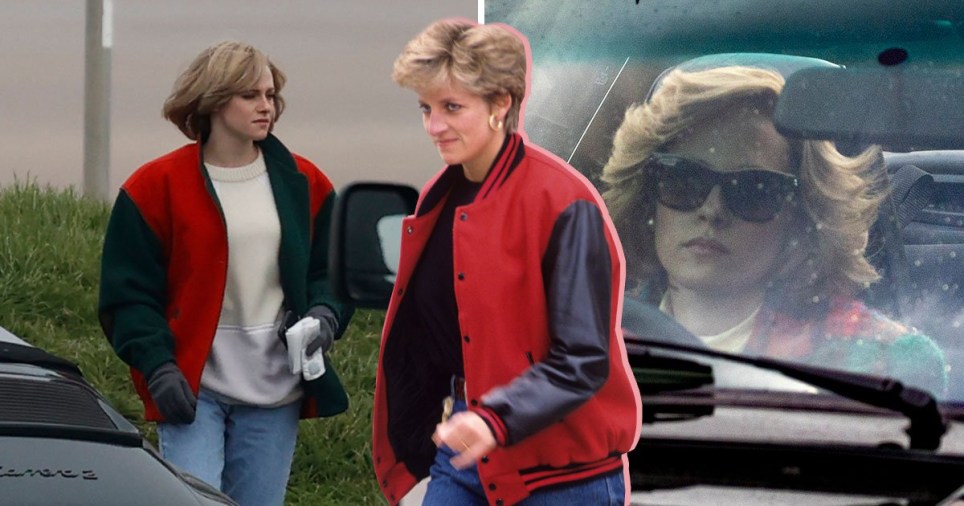 Kristen Stewart was spotted zipping around Norfolk near the Sandringham estate as shooting continued on her new film Spencer.

Spencer, in which the actress plays Princess Diana, focuses on a weekend she spends with the royal family at Sandringham before deciding to divorce Prince Charles.

The Twilight star was spotted zipping around in a black, classic car, wearing large dark sunglasses.

It is a complete transformation for the star whose blonde hair has been styled into soft, retro waves to match the princess’ signature look.

She was also sporting a tartan coat on set – similar to one worn by Princess Diana.

Kristen was later seen filming by the car as it was parked up on a beach. 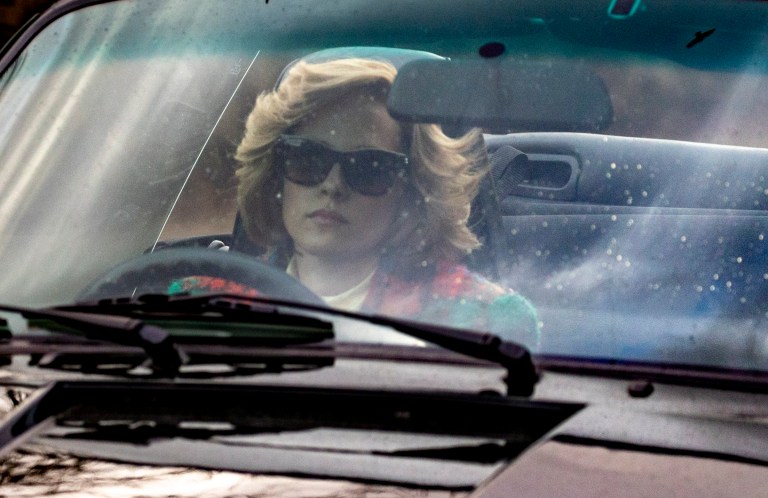 Kristen has been transformed into Diana Spencer for the film (Picture: Click News and Media) 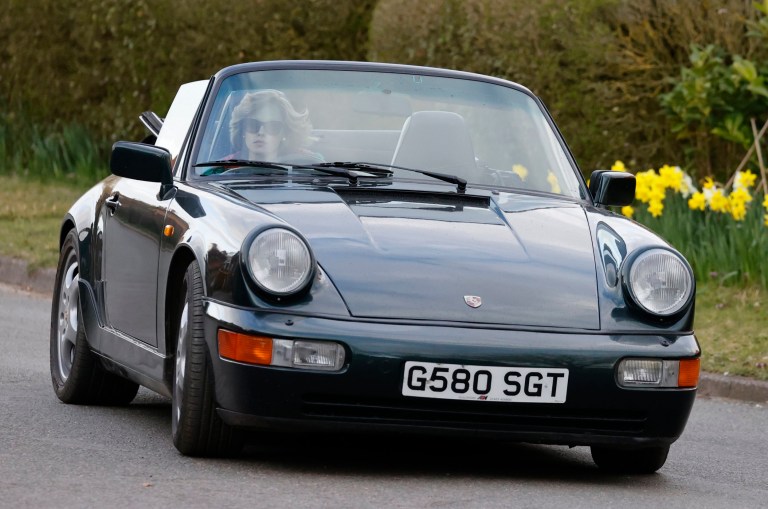 She was seen driving near Sandringham Estate as filming continued (Picture: Click News and Media) 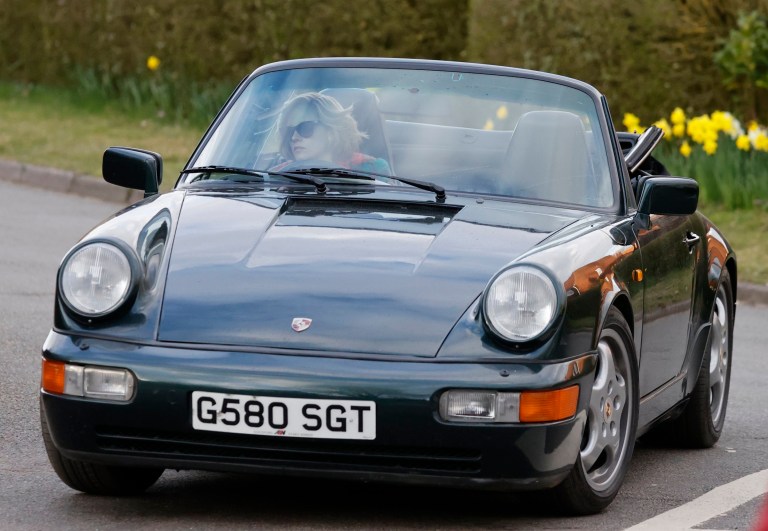 The actress sported Diana’s signature hairstyle and a tartan coat similar to one she owned (Picture: Click News and Media) 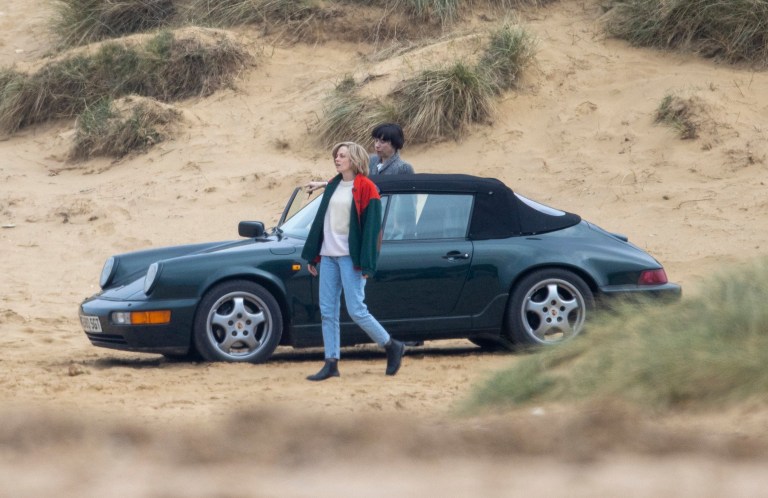 Kristen parks up on a beach to continue shooting (Picture: Click News and Media) 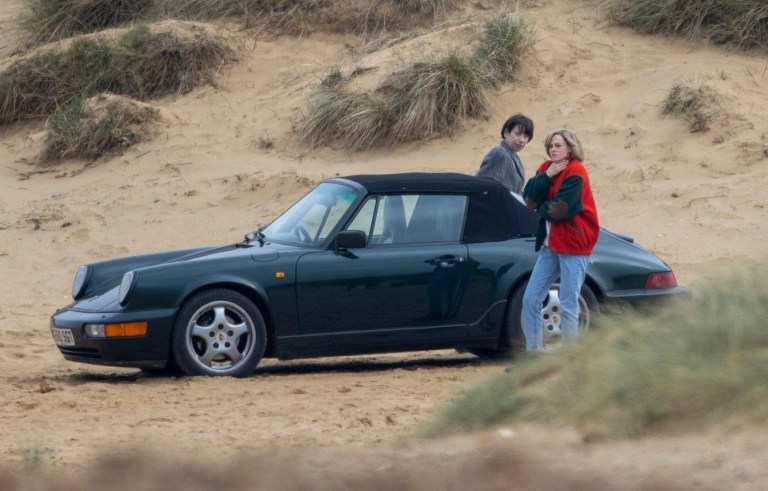 The film is set across one weekend at Sandringham as Princess Diana decides to divorce Prince Charles (Picture: Click News and Media)

Going through her scene in character, she wore a very retro pair of blue jeans, with black boots, a white top and a multi-coloured cardigan.

The cast and crew were able to shoot on a football pitch that had a royal connection, as it was wear Princes Harry and Williams – Diana’s sons – used to play football at Christmas.

The stunning car was loaded onto a truck and driven through the Sandringham estate for scenes of the princess driving around the sprawling country pile.

Filming has also taken place in Dülmen in Germany before moving to Norfolk.

The Schloss Marquardt in Postdam will serve as Sandringham Estate itself as the three days in Diana’s life over Christmas in 1991 play out. 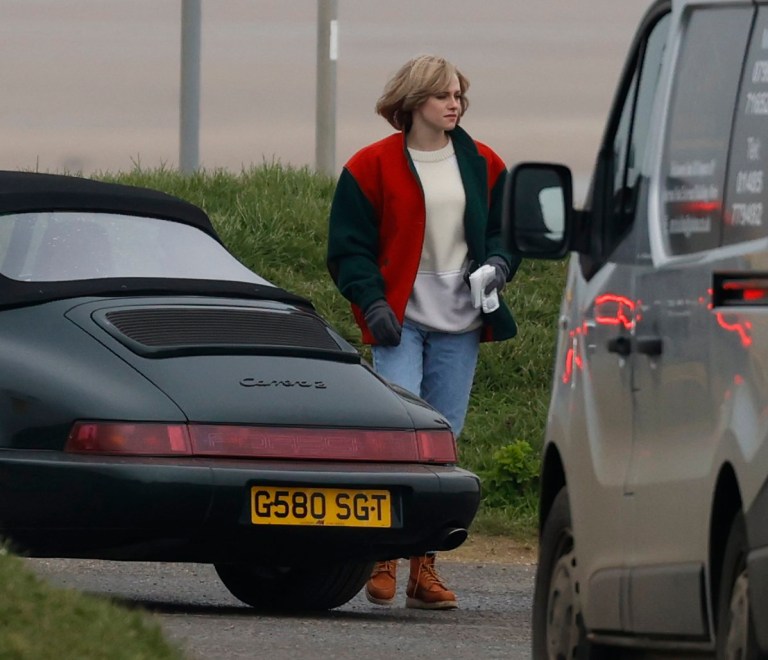 The film has been written by Peaky Blinders scribe Stephen Knight (Picture: Click News and Media) 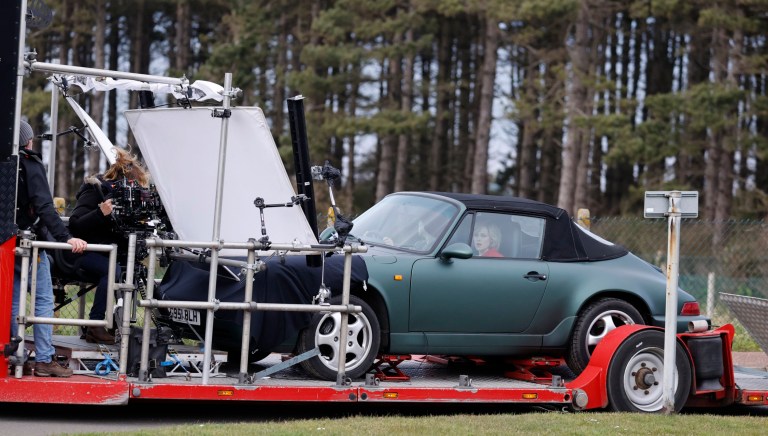 The car was put onto the back of a truck as filming took place around the estate (Picture: Click News and Media) 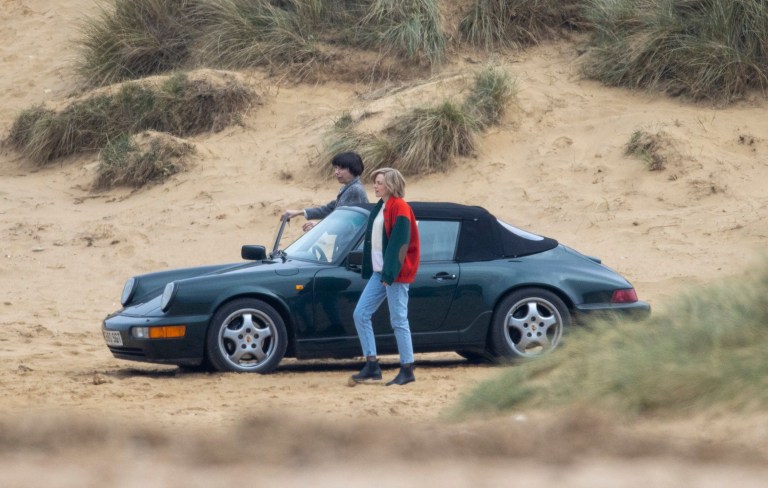 Filming has also taken place in Germany for scenes inside Sandringham (Picture: Click News and Media)

Spencer’s script has been penned by Peaky Blinders creator and writer Stephen Knight.

Director Pablo Larraín has previously defended casting American Kristen for the role of the British royal, who died in 1997.

He told Deadline: ‘Kristen is one of the greatest actors around today. Kristen can be many things, and she can be very mysterious and very fragile an ultimately very strong as well, which is what we need.

‘The combination of those elements made me think of her. The way she responded to the script and how she is approaching the character, it’s very beautiful to see.

‘I think she’s going to do something stunning and intriguing at the same time.’

EA getting back into golf with new PGA Tour game