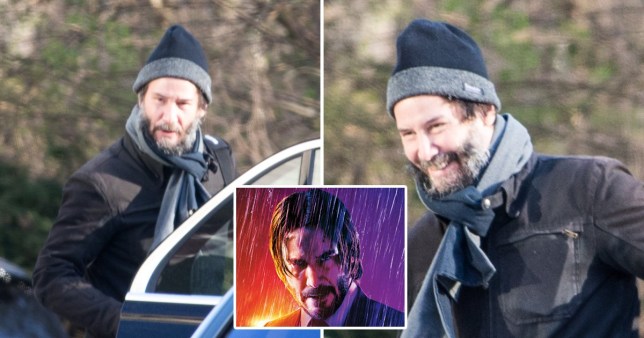 Keanu Reeves was all smiles as he arrived to start work on John Wick in Germany (Picture: Splash News)

Keanu Reeves looked very, very happy to get to work on John Wick 4 as he was spotted arriving on set in Germany.

The actor, sporting a cosy-looking hat, was seen hopping out of a car at Potsdam Babelsberg studios.

It appeared as though he might have had to grab something eat on the move, as he headed into the studio holding a bowl and spoon.

Keanu has played the titular assassin for three films and is set to appear in a further two.

Both follow-ups are believed to be filming back to back this year, so Keanu will be spending even more time in Germany having worked in the country for The Matrix 4.

Having shaved his head to reprise his role as Neo, no doubt the headgear was a welcome addition to his wardrobe. His beard seems to still be coming along nicely. 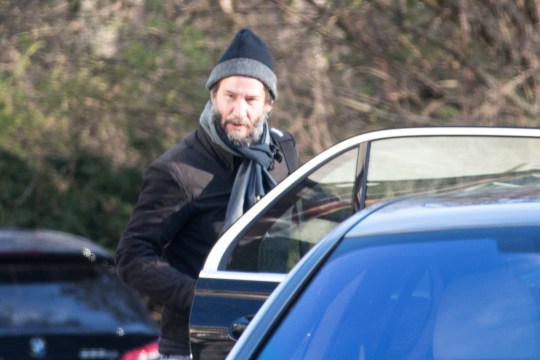 Keanu kept the cold away with a rather smart hat (Picture: Splash)

The Matrix 4, which is due for release in 2021, had initially begun filming January with Lana Wachowski returning as co-writer and director, but production had to be halted in March due to the coronavirus pandemic.

Shooting was able to continue in Berlin in June and the cast have been hard at work since.

While Keanu is returning to the world of John Wick, the next two films will be going ahead without its original screenwriter Derek Kolstad. 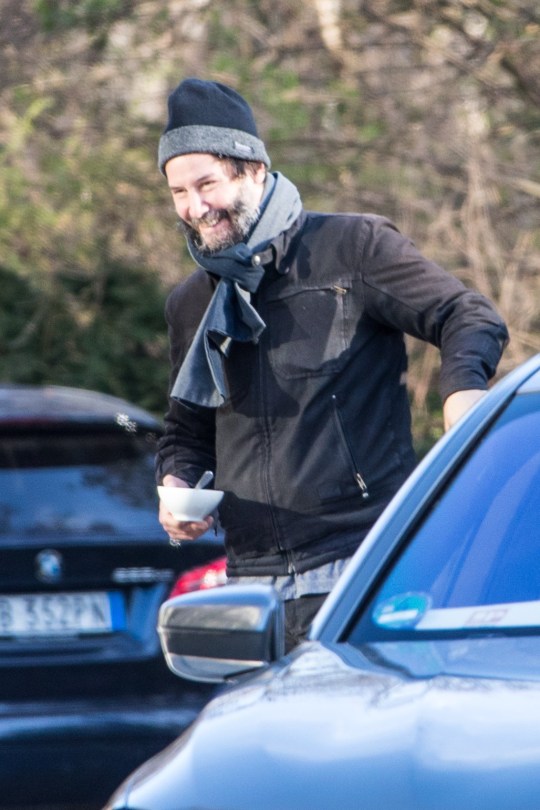 He was seen heading to set holding a bowl and spoon (Picture: Splash)

In an interview with Collider, he said it ‘wasn’t my decision’ to leave the franchise.

He added: ‘When you think of the contractually of these things, the third one I shared the credit with any number of people, they didn’t have to come back to me, and so they didn’t.

‘Seeing what the industry is and how things go, I just believe that you bless everything and hope it all the best, and to the players involved who are doing other things elsewhere. And yeah, it’s personal, so I’m never going to talk s**t about John Wick. I want this thing to survive and thrive.’

The films became popular due to Keanu’s performance as the stoic contract killer and breath-taking shoot outs and fight scenes.

The first film in the trilogy, released in 2014, followed the highly skilled ex-assassin as he sought revenge after his dog was killed.