Now Johnson’s out is Momoa in? (Picture: Rex/Shutterstock/Universal/Kobal)

Jason Momoa is reportedly in ‘final negotiations’ for a main role alongside Vin Diesel in Fast and Furious 10, in what seems extremely plausible casting.

According to The Hollywood Reporter, no plot or character details are yet available, but the Aquaman star could be set to join the Fast family after the success of 2021’s F9: The Fast Saga – although Universal gave no comment to the publication.

Justin Lin, who helmed F9 for his third time in the director’s chair for the franchise, will be back for the 10th film, and will produce alongside series stalwart Diesel, who has appeared in every Fast and Furious film.

Other returners for the upcoming movie include Michelle Rodriguez, Tyrese Gibson, Chris ‘Ludacris’ Bridges and Sung Kang, while Charlize Theron, who was a popular addition in the eighth film, The Fate of the Furious, as well as F9, is also expected to be back.

Fast and Furious 10 is due to start shooting this spring, with a cinema release currently scheduled for May 19, 2023.

The news of Dune actor Momoa – who recently announced his split from wife Lisa Bonet – being involved in the enduring film series comes swiftly off the back of previous series star Dwayne Johnson insisting that he will not return. 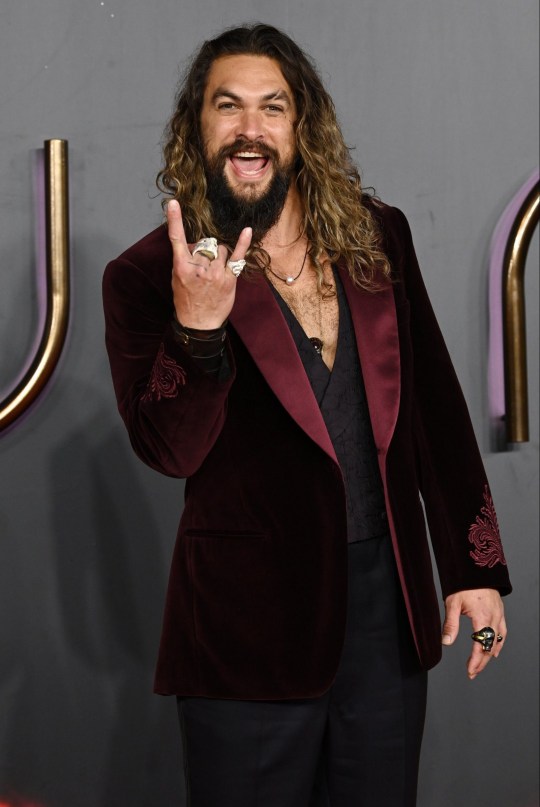 Momoa could be the latest star to join the multi-million dollar franchise (Picture: David Fisher/Rex/Shutterstock) 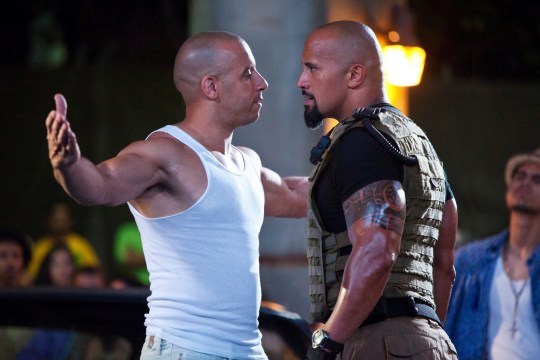 Diesel and Johnson starred together in four Fast and Furious films (Picture: Universal/Kobal/Rex/Shutterstock)

Jungle Cruise star Johnson, who featured in four Fast and Furious films up to the eighth, as well as spin-off Hobbs & Shaw with Jason Statham, shut down Diesel’s public courting of him via social media at the end of 2021.

The pair have had ongoing tension since 2016, stemming from an infamous falling out while filming The Fate of the Furious, and former WWE wrestler Johnson branded Diesel’s plea for him to return ‘manipulative’ and said there was ‘no chance’.

Momoa’s physical presence and star power could certainly offer a tantalising prospect for the franchise, plugging the gap left by Johnson.

Diesel, 54, had published a post addressed to his ‘little brother Dwayne’ on Instagram in November, talking of ‘legacy’, his children’s relationship with their ‘Uncle Dwayne’ and that made reference to their late former co-star, Paul Walker, as he tried to convince him back into the fold. 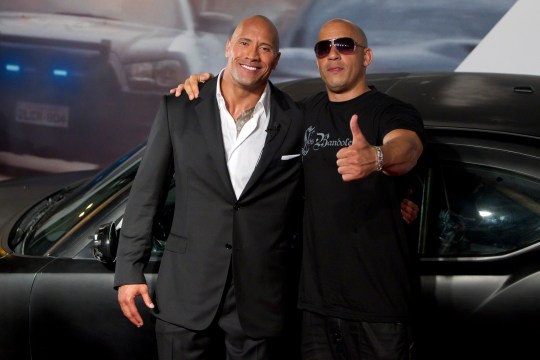 The pair fell out in 2016 while filming The Fate of the Furious (Picture: LatinContent via Getty Images)

It continued: ‘I say this out of love… but you must show up, do not leave the franchise idle you have a very important role to play. Hobbs can’t be played by no other [sic].’

‘I hope that you rise to the occasion and fulfil your destiny,’ he wrote.

Speaking to CNN in December, Red Notice star Johnson hit back and explained: ‘This past June, when Vin and I actually connected not over social media, I told him directly – and privately – that I would not be returning to the franchise.

‘I was firm yet cordial with my words and said that I would always be supportive of the cast and always root for the franchise to be successful, but that there was no chance I would return.

‘I privately spoke with my partners at Universal as well, all of whom were very supportive as they understand the problem.’ 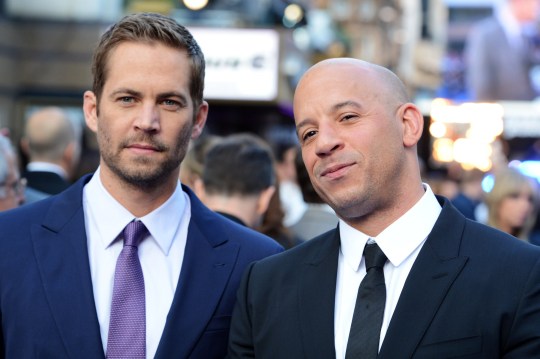 Johnson didn’t appreciate Diesel (R) bringing up their late co-star Paul Walker (L) in his public plea for the actor to return to the franchise (Picture: Getty)

The 49-year-old particularly ‘didn’t like’ Diesel bringing up how fond his children are of the actor, while also mentioning Paul Walker’s death.

‘Leave them out of it,’ Johnson stated, adding: ‘We had spoken months ago about this and came to a clear understanding. My goal all along was to end my amazing journey with this incredible Fast & Furious franchise with gratitude and grace.’

He added that it was ‘unfortunate that this public dialogue has muddied the waters’, but that he wished his former co-stars ‘the best of luck and success in the next chapter’.

Metro.co.uk has contacted reps for Momoa and Universal for comment.