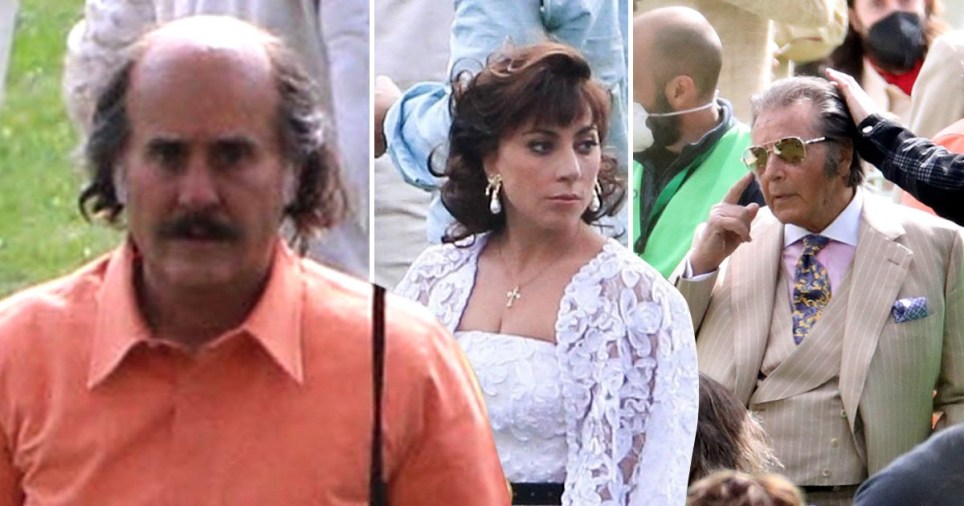 Jared Leto has undergone another dramatic transformation for a film role as he was spotted filming a party scene for upcoming drama House of Gucci.

The actor joined co-stars Lady Gaga, Adam Driver and Al Pacino on set in Italy with a beautiful villa with a pool as the backdrop for the gathering.

The drama, directed by Ridley Scott, tells the true story of how Gaga’s Patrizia Reggiani plotted to kill her husband Maurizio Gucci – played by Driver – the grandson of fashion designer Guccio Gucci.

The Justice League star was totally unrecognisable in character as Paolo Gucci, who became managing director within the family business for a year.

As filming took place outdoors, Leto, wearing a pink shirt and brown trousers, smoked a cigarette as he watched the singer deliver her lines.

The addition of grey hairs and heavy makeup made him look far older than his years. 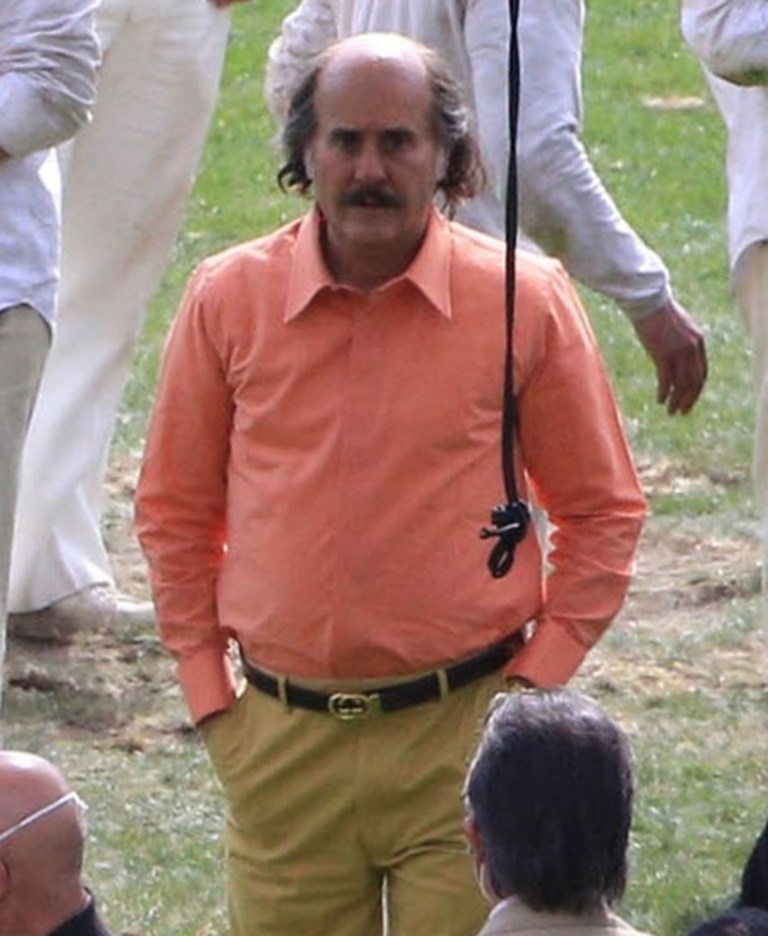 The actor was made over to look balding (Picture: Backgrid) 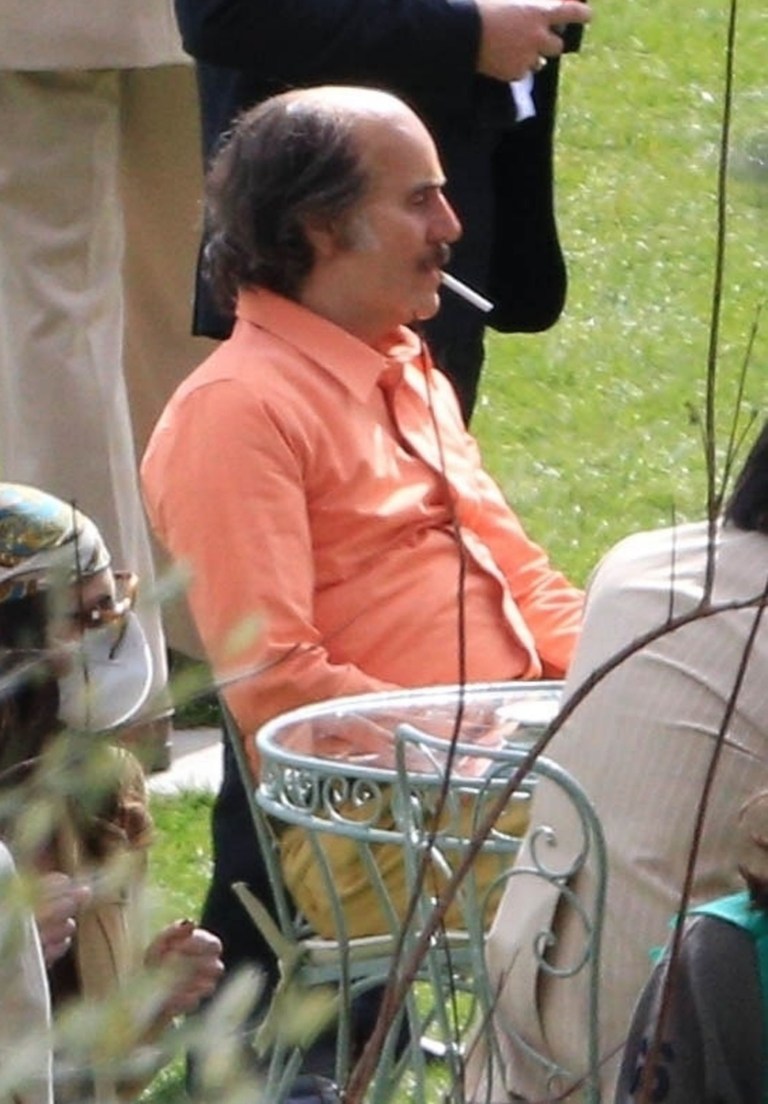 The star had a cigarette in his mouth for the scenes (Picture: Backgrid) 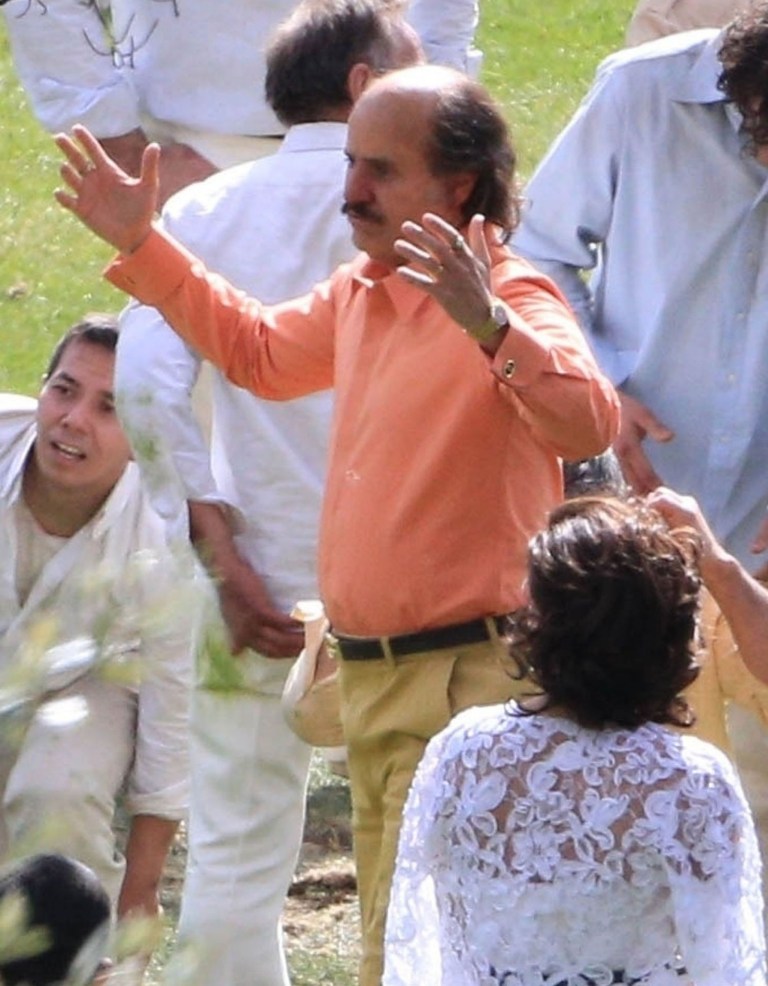 He wore a pink shirt with brown trousers and appeared to have been given a portlier frame for the role (Picture: Backgrid) 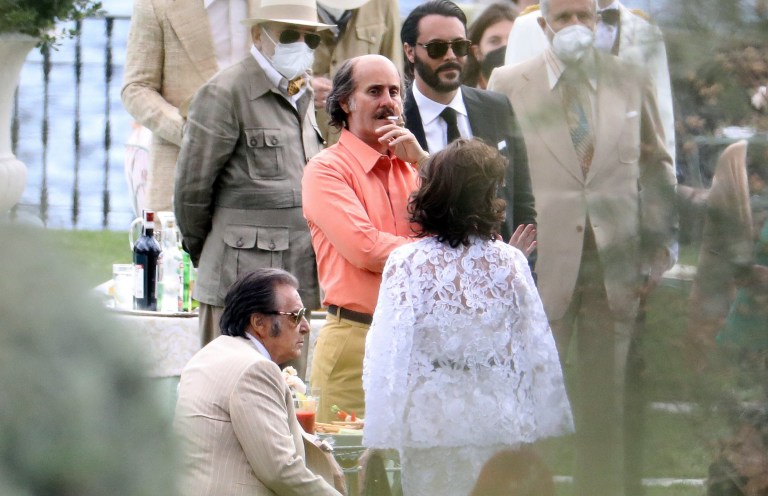 The cast appeared to be filming a party scene at a villa in Ossuccio (Picture: EPA) 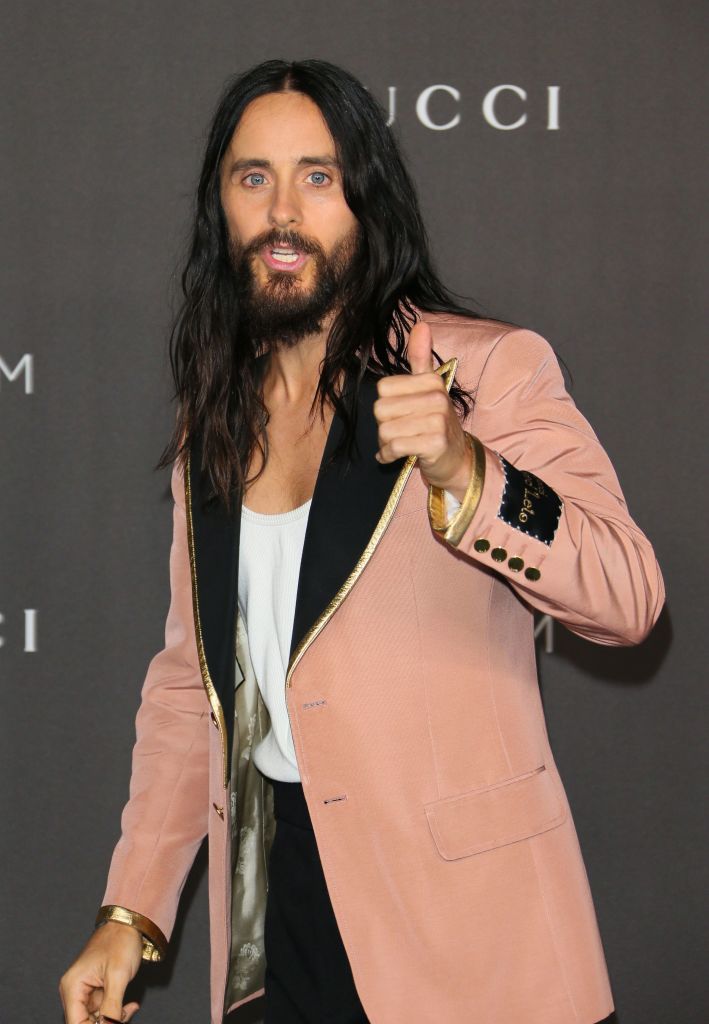 Leto as we’re used to seeing him (Picture: Getty) 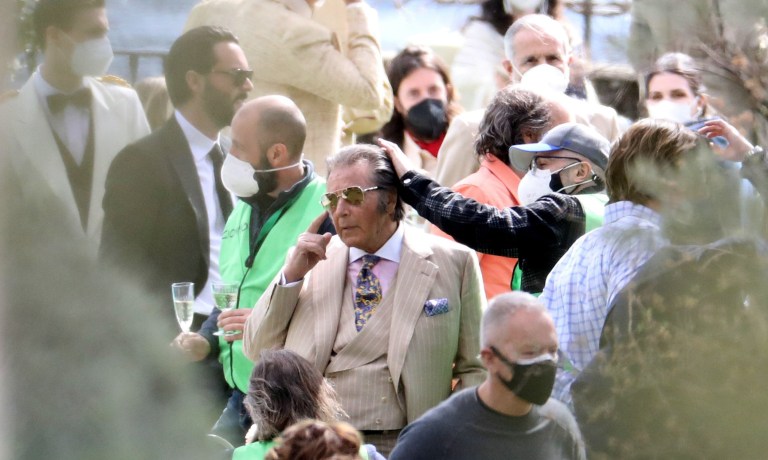 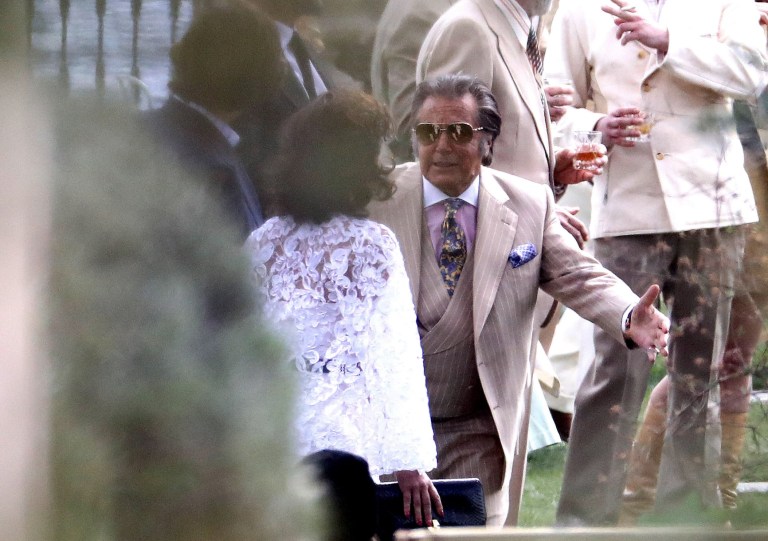 Also on set was Al Pacino, who plays Aldo Gucci, looking relaxed in a tan, pinstriped suit and large sunglasses surrounded by other actors in smart suits and tuxedos.

Lady Gaga was dressed for the occasion in a stunning white lace dress and matching shawl, which she wore with a large black belt and hand bag.

She was joined by her onscreen husband Driver who was sporting a dark blue suit jacket over a checked shirt and white trousers. 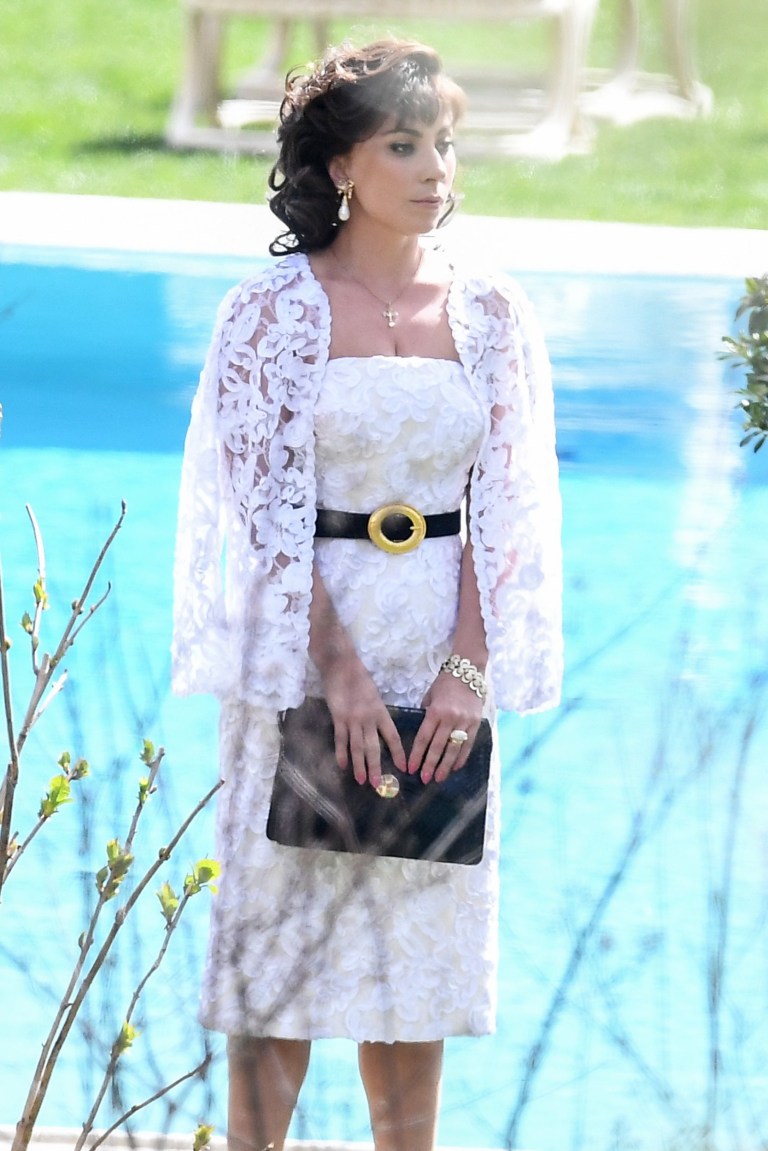 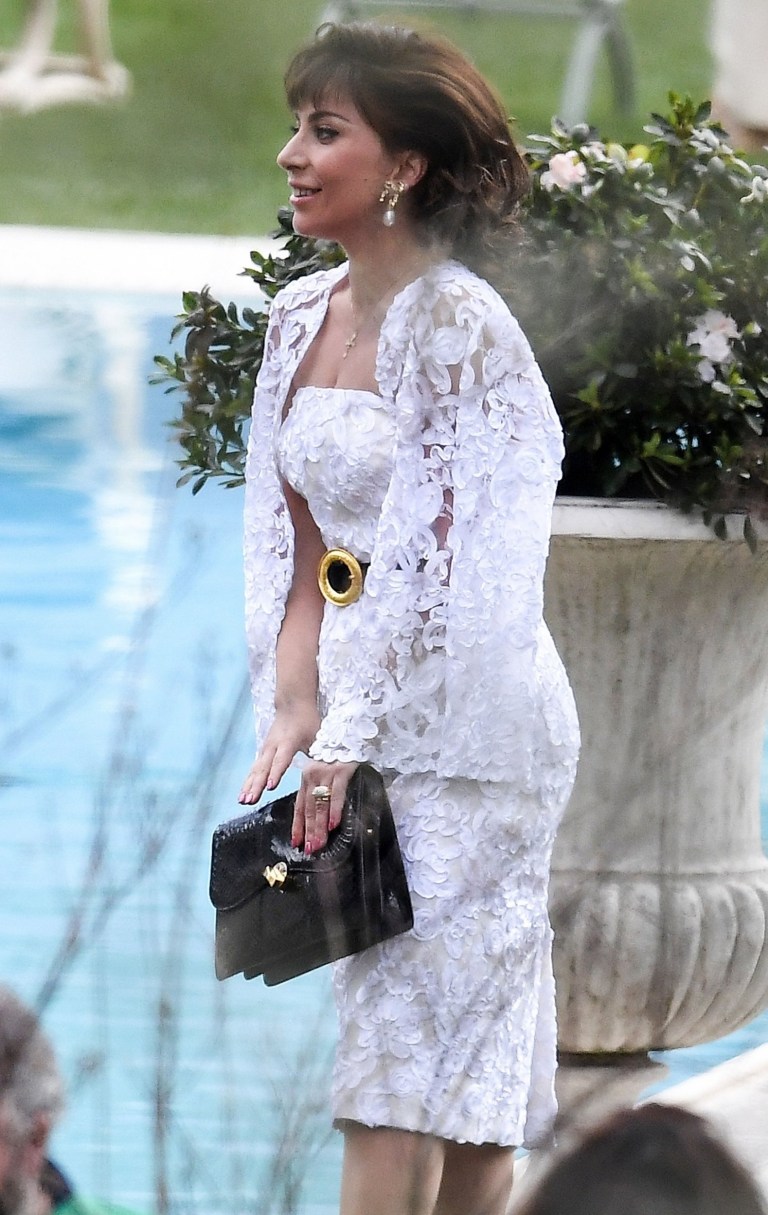 Lady Gaga was given a stunning voluminous hairstyle for the scenes (Picture: Backgrid) 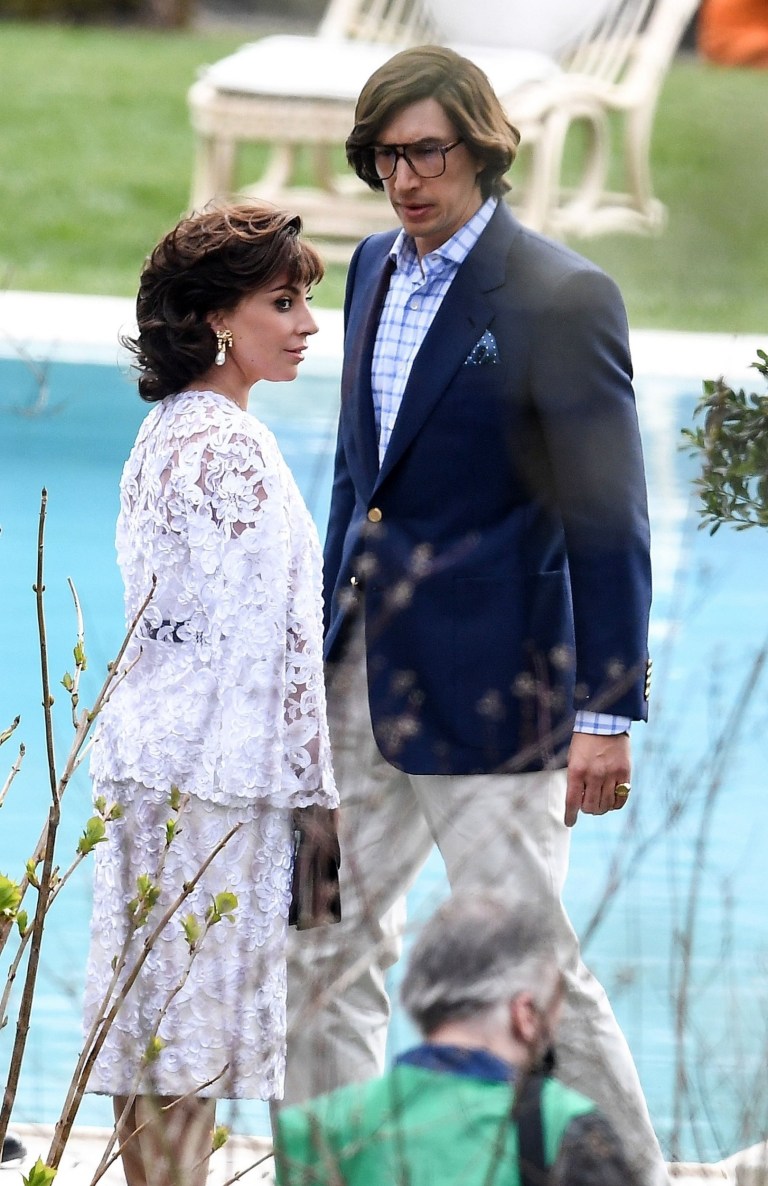 The Bad Romance star previously shared a first look at her and Driver as Patrizia and Maurizio, posing together in front of snow capped mountains.

Speaking to Entertainment Tonight about his role, Leto shared his excitement at working with Scott and his co-stars. 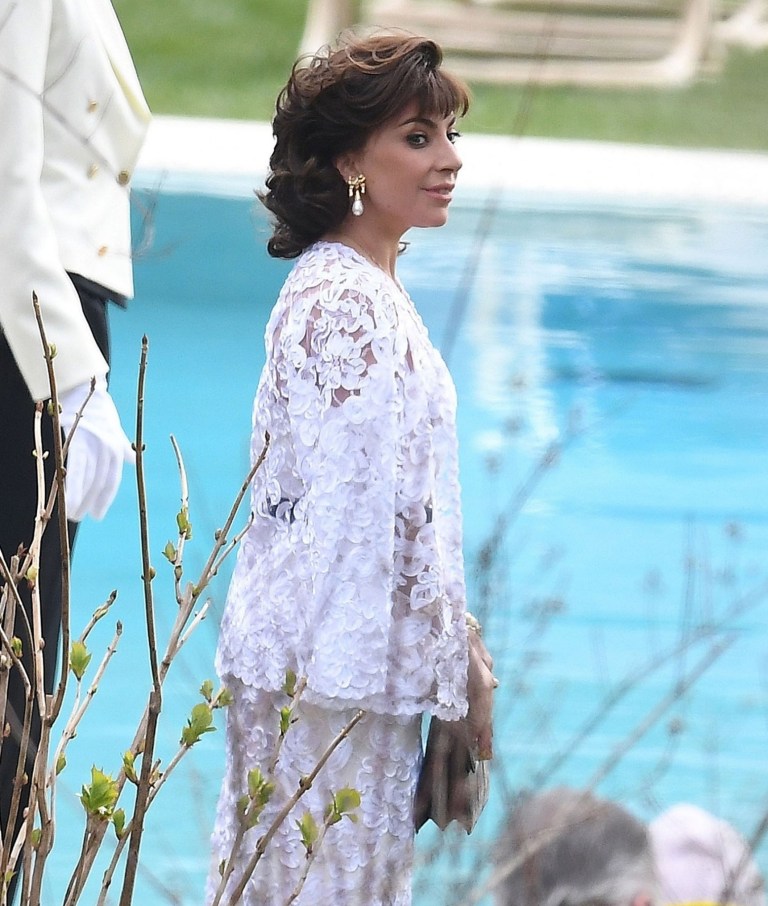 ‘The one and only Ridley Scott is directing — one of my favorite directors ever — with a cast that I’m blown away to be a part of,’ he said.

‘There’s Lady Gaga, or as I call her, Lady Guhgah — the queen herself and just a terrific creative person and great actress. Adam Driver’s in the film, again just a phenomenal actor. Al Pacino, Jeremy Irons and on and on.

‘It’s the story of Gucci — which I didn’t even really know, and I’ve worked closely with Gucci for many years now. It’s a wild one.’

18 Movie Stars Who Were Fired In The Middle Of Production