Jamie Lee Curtis bid an emotional farewell to Laurie Strode ahead of the release of Halloween Ends this week.

The latest saga in the horror franchise is hitting the big screen in just a few days and is set to be the final outing for Laurie Strode (Jamie) and serial killer Michael Myers.

Appearing at New York Comic-Con for a tribute to her incredible Hollywood career so far – hosted by Drew Barrymore on Saturday – things became too much for the 63-year-old as she walked out on stage.

Sitting down to rapturous applause from the packed-out audience, she began sobbing at the response.

‘I don’t take any of this for granted,’ she said after briefly gathering herself. ‘You just have to understand this is overwhelming.

‘I appreciate your support very, very much but it’s all overwhelming for me.’ 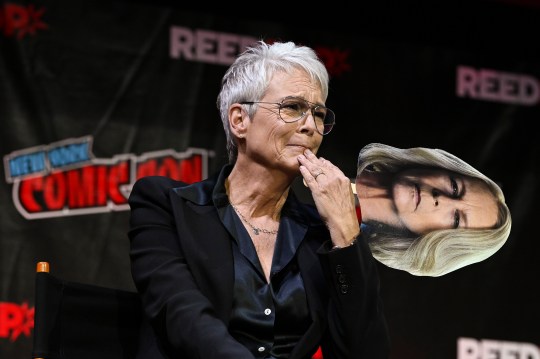 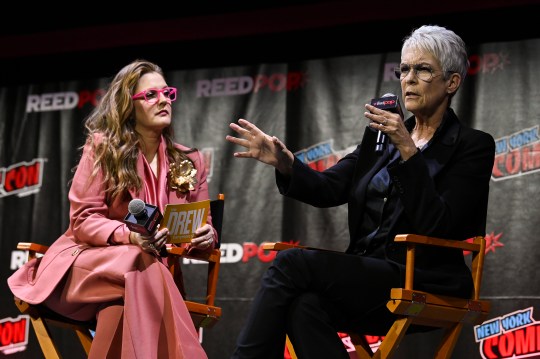 She spoke of the impact Laurie had on her own life (Picture: Getty)

Speaking about why Laurie has made such an impact on audiences around the world, Jamie reflected on advice she was given by original director John Carpenter, who instructed her to play the character in a ‘vulnerable’ way.

‘I went into a theater in Hollywood, a late-night theater. It was a packed house,’ she recalled of the first film’s release in 1978. ‘In a pin silent theater, a woman in the middle stood up and went, “Don’t go in there! There is a killer in that house!” It was like the moment they [the audience] were released…

‘The whole theater started the audience participation that we now know is a horror movie experience. That’s what he meant, he wanted her to be vulnerable, so you cared about her and you didn’t want her to get hurt.

‘And you guys haven’t wanted me to get hurt for 44 years.’

Horror fans were first introduced to Laurie and masked killer Michael in 1978 and there have been 11 sequels since then, with the 13th – and possibly final – instalment hitting the big screen on October 14.

The tense trailer for Halloween Ends shows the pair coming face-to-face but stops short of dropping spoilers on who manages to walk away almost unscathed.

‘Laurie Strode is everybody’s sister, everybody’s friend, everybody’s daughter, granddaughter. niece…,’ Jamie said of the huge support that her character has received over the years. 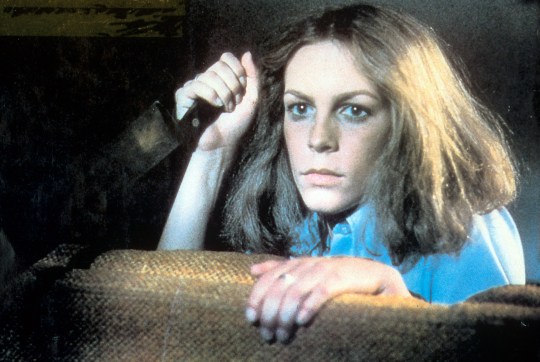 ‘She represented pure innocence and kindness. And when she comes into conflict and collision with Michael Myers, who is the epitome of evil, you care about her.

‘When I say you guys have cared for me, you have carried her. You love her, you have loved her. You have to know that I appreciate that. At this point, Jamie and Laurie have become woven together. There is no separation.’

Becoming visibly emotional once again, she added: ‘I don’t have anything in my life without Laurie Strode. Nothing. I would not have a career, I would not have a family. Everything comes from you loving her, I’m telling you. This should be flipped with the lights on you.

‘I didn’t know it then, I know it now. One of these days – hopefully not tomorrow, but I’m 64, do the math, it’s not in my favor – sooner than later, it’s going to say three words, “Halloween actress dies”.

‘Of course she’s going to die, everybody dies. My point is, the permanent ink of my life is you guys. It is the permanent saturation into me, no matter what I do, whatever I do, forever Laurie Strode is because of you.’

Halloween Ends is released in cinemas and on Peacock on October 14.