The assassination of Kim Jong-nam in a busy Malaysian airport three years ago was one of the most audacious international hits in living memory. 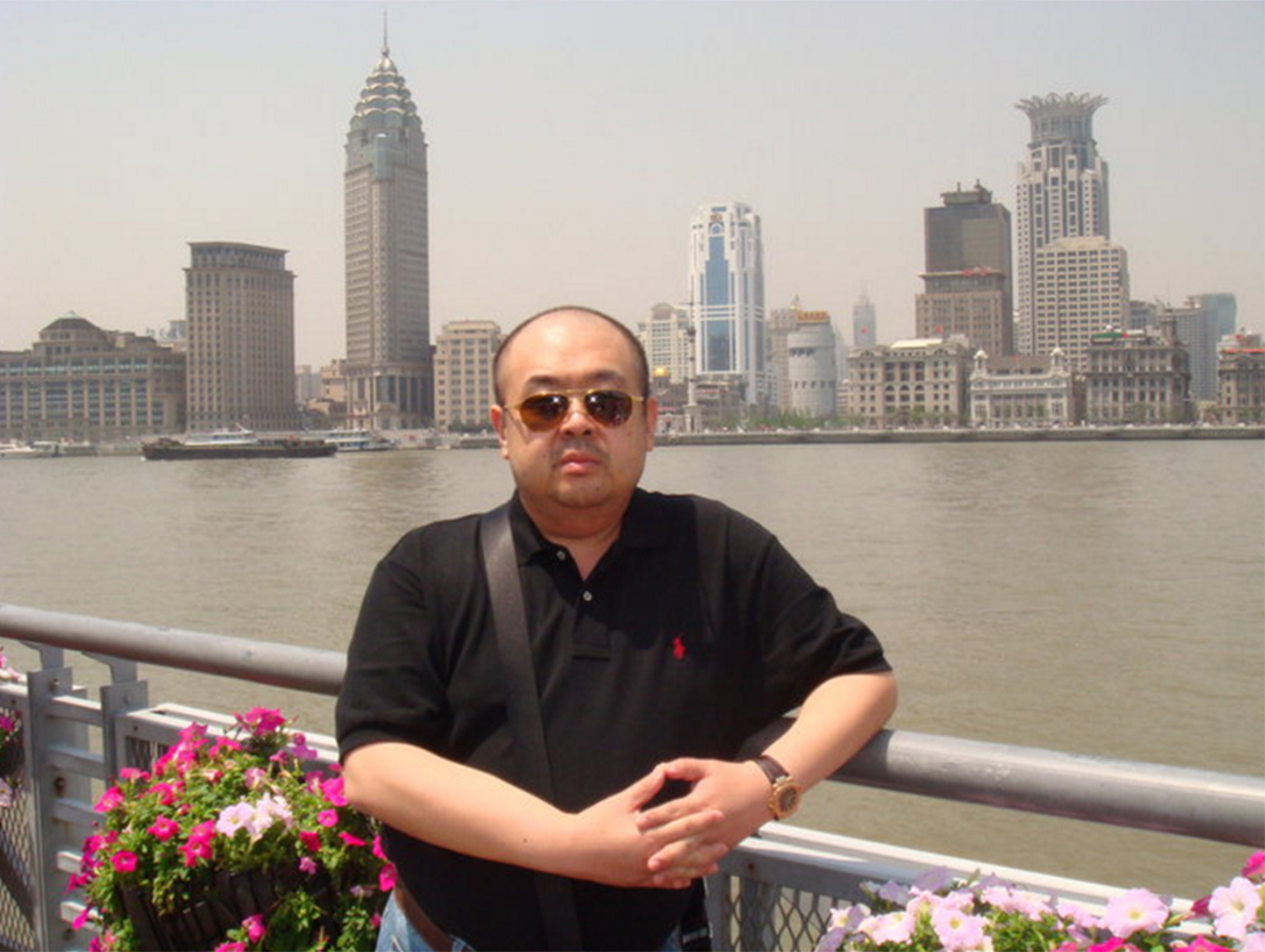 Kim Jong-nam was assassinated in Kuala Lumpur airport in 2017 by two women who were duped into the murderCredit: Facebook 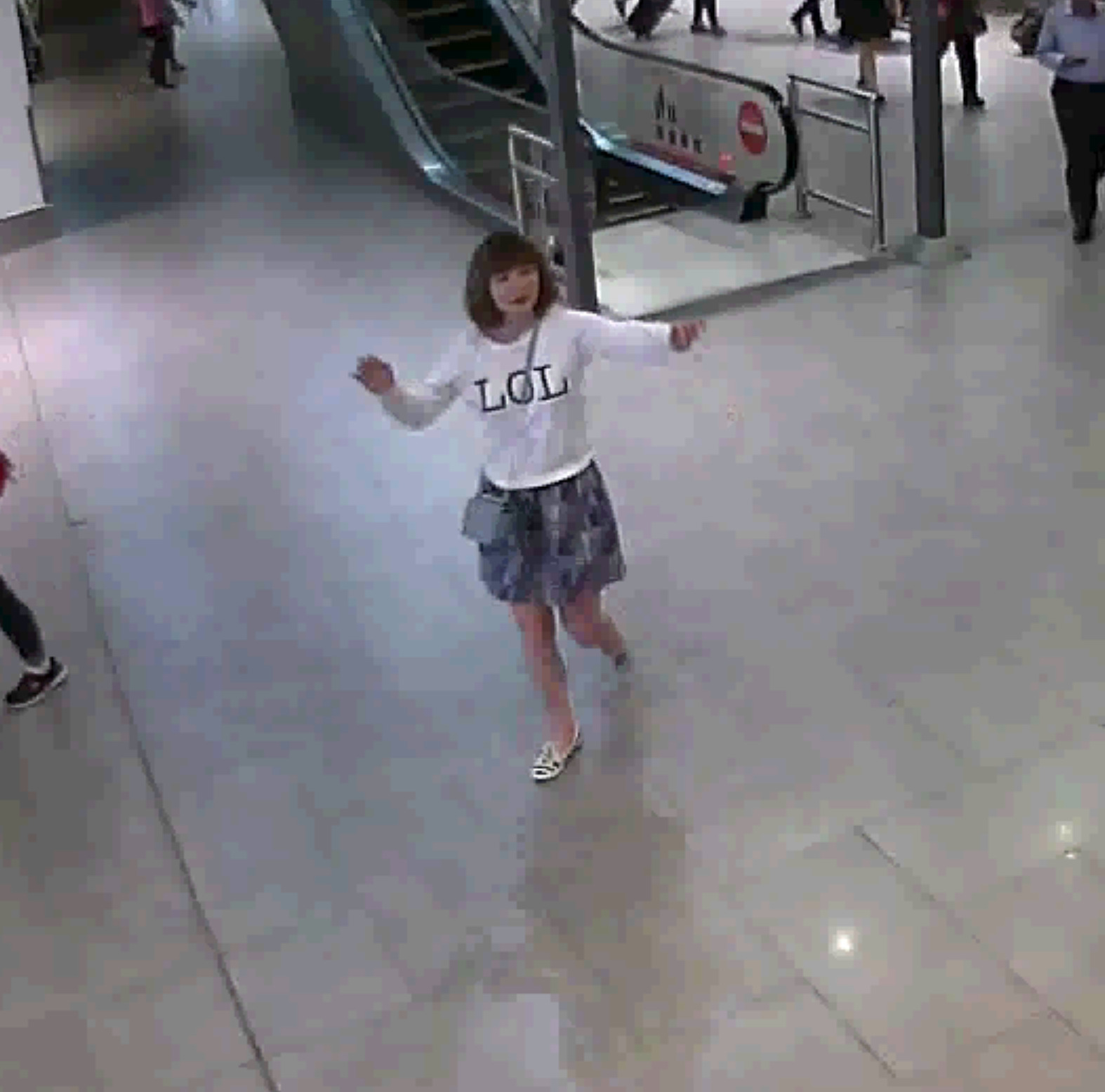 Wearing a sweatshirt with LOL written on it Doan Thi Hoang, from Vietnam, smiled at the cameras after carrying out the killing in broad daylight.

She and Indonesian Siti Aisyah looked certain to suffer the death penalty for taking his life.

But a new documentary reveals how the pair were in fact victims of a cruel plot enacted by North Korea’s brutal dictator.

Murder to break the bloodline

In the film Siti claims she didn’t know who either of the Kims were until her trial was over.

Jong-nam was the half brother who Jong-un wanted dead because he was the original heir to the leadership of the communist nation and a critic of his failing regime.

It was only due to the determination of their lawyers and diplomatic pressure that both young women escaped going to the gallows. 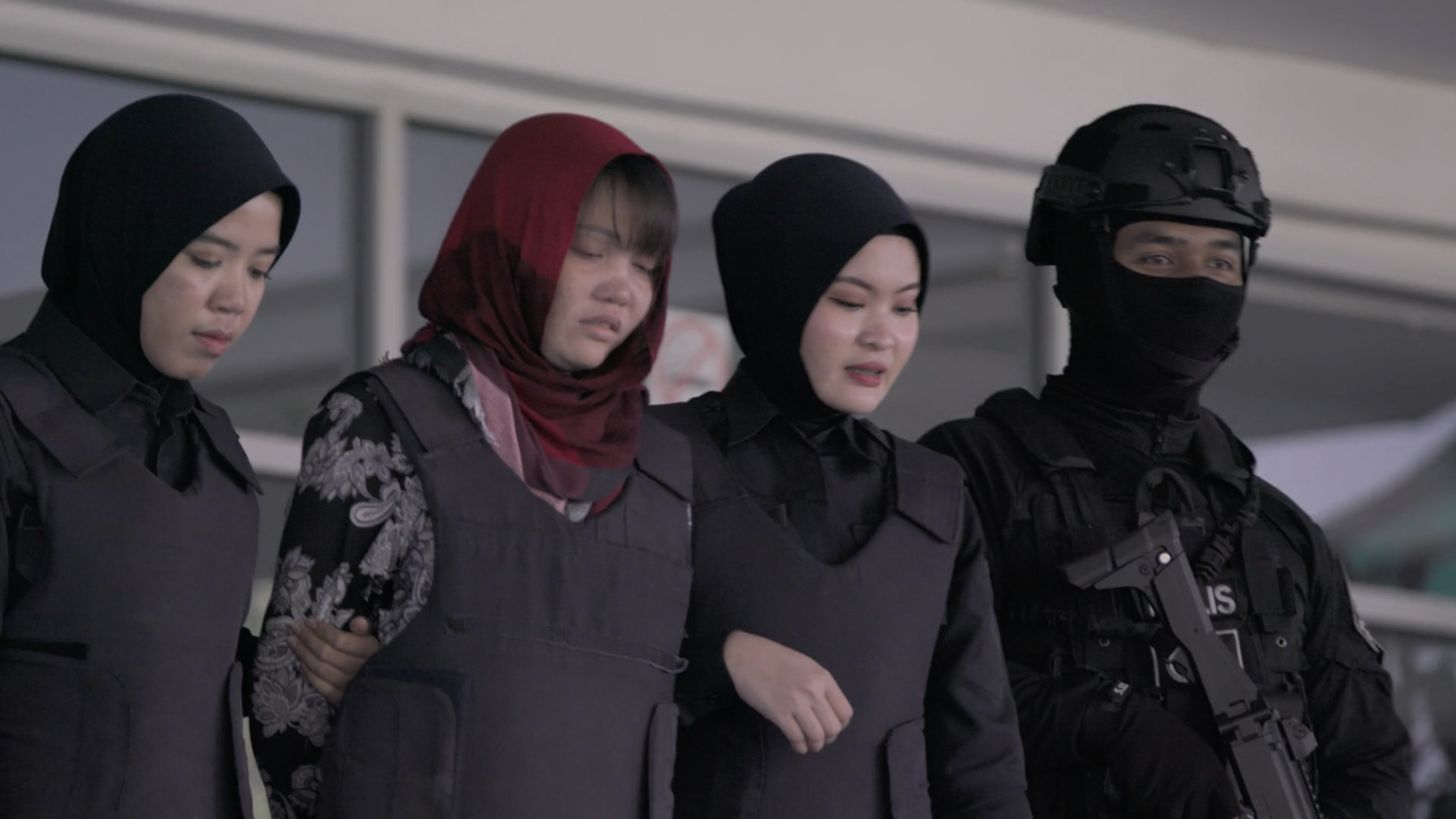 Siti, 28, says: “I only learned about Kim Jong-un and Kim Jong-nam after coming back to Indonesia.

“I searched about my case from the start, how everything happened and saw photos of Kim Jong-nam.

“I never imagined that I could be involved in this murder. I feel really sorry for him. Really sorry.”

What is remarkable is that four years on from his death in February 2017, no one has been brought to justice for plotting his murder and the case is now closed.

Even though the Malaysian authorities had North Korean suspects in custody they let them go without charge. 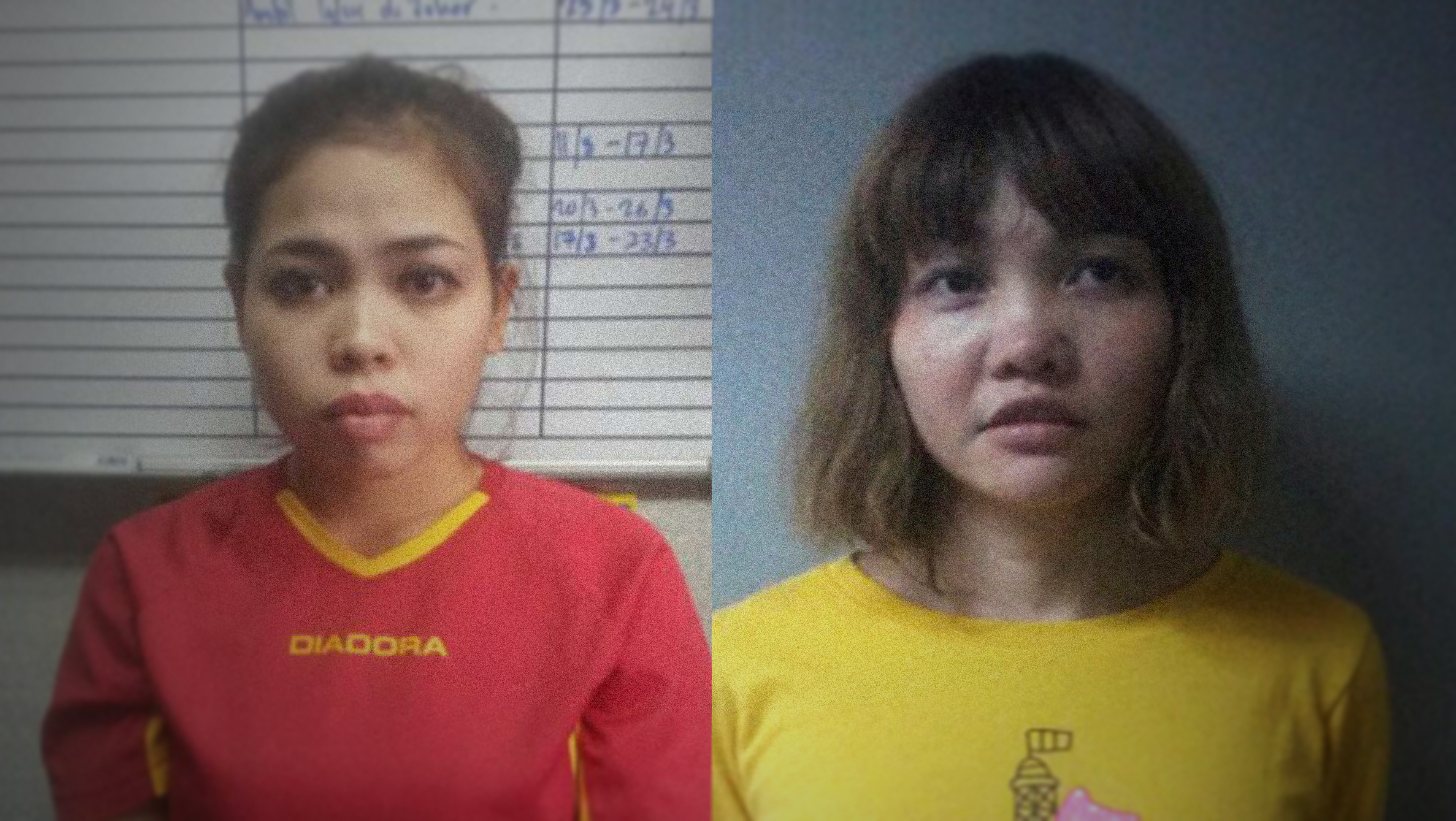 Other members of Jong-un’s extended family now live in fear wherever they are in the world, knowing that his spies can strike at any time.

In November it was reported that Jong-nam’s son Kim Han-sol was taken into protective custody by US secret service agents because his life was in danger.

While most North Koreans live in dire poverty and thousands have died from starvation, the leader has been able to construct a sophisticated undercover network. 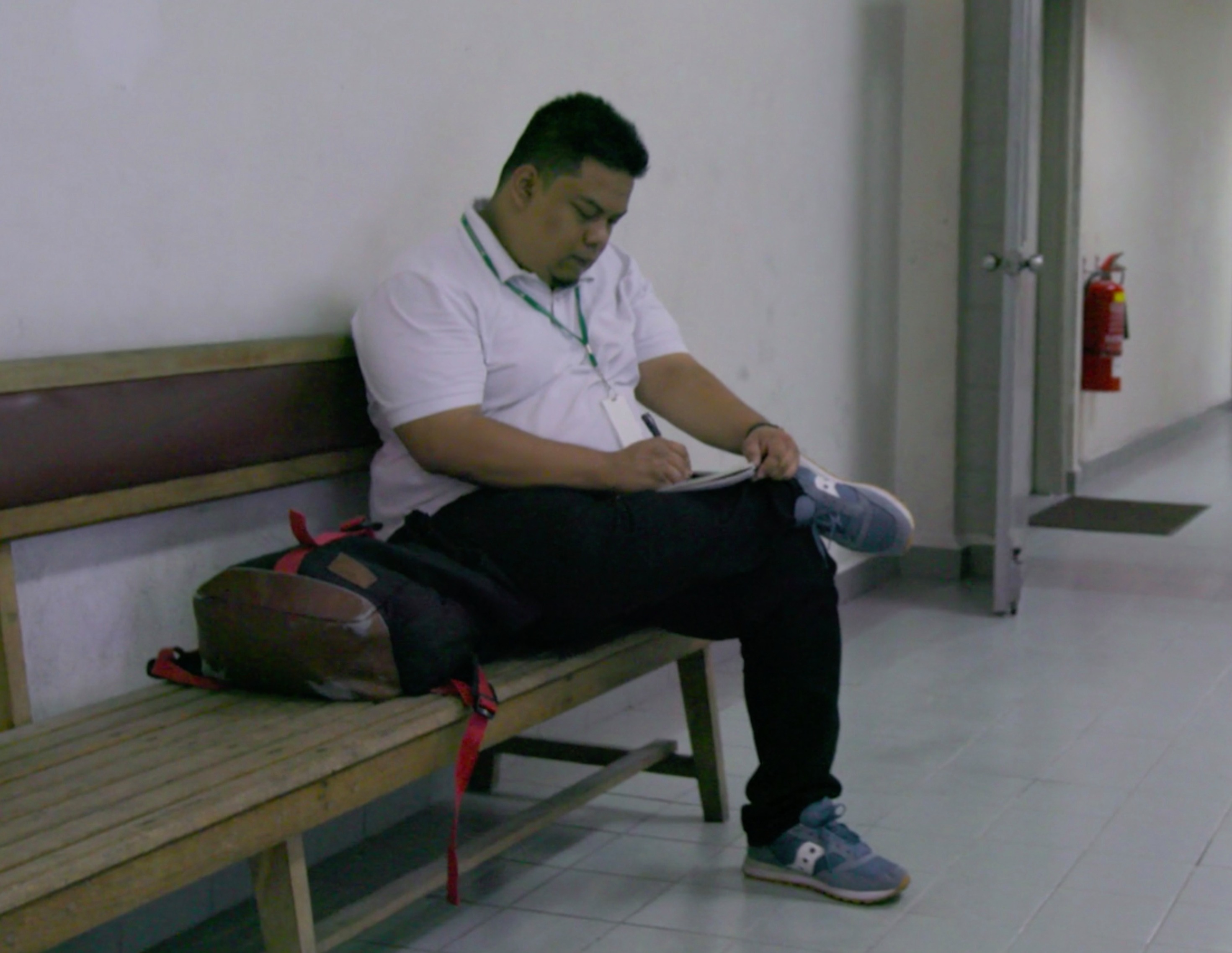 “They have a stockpile of VX and that is an alarming thing. They are persistent and are not bound by geographical restrictions.”

The documentary titled Assassins, which is available to download today, reveals for the first time exactly how cunning their plot was.

Jong-nam was the eldest son of North Korea’s previous leader Kim Jong-il, but was forced to leave the country in disgrace after being caught visiting Disneyland in disguise. 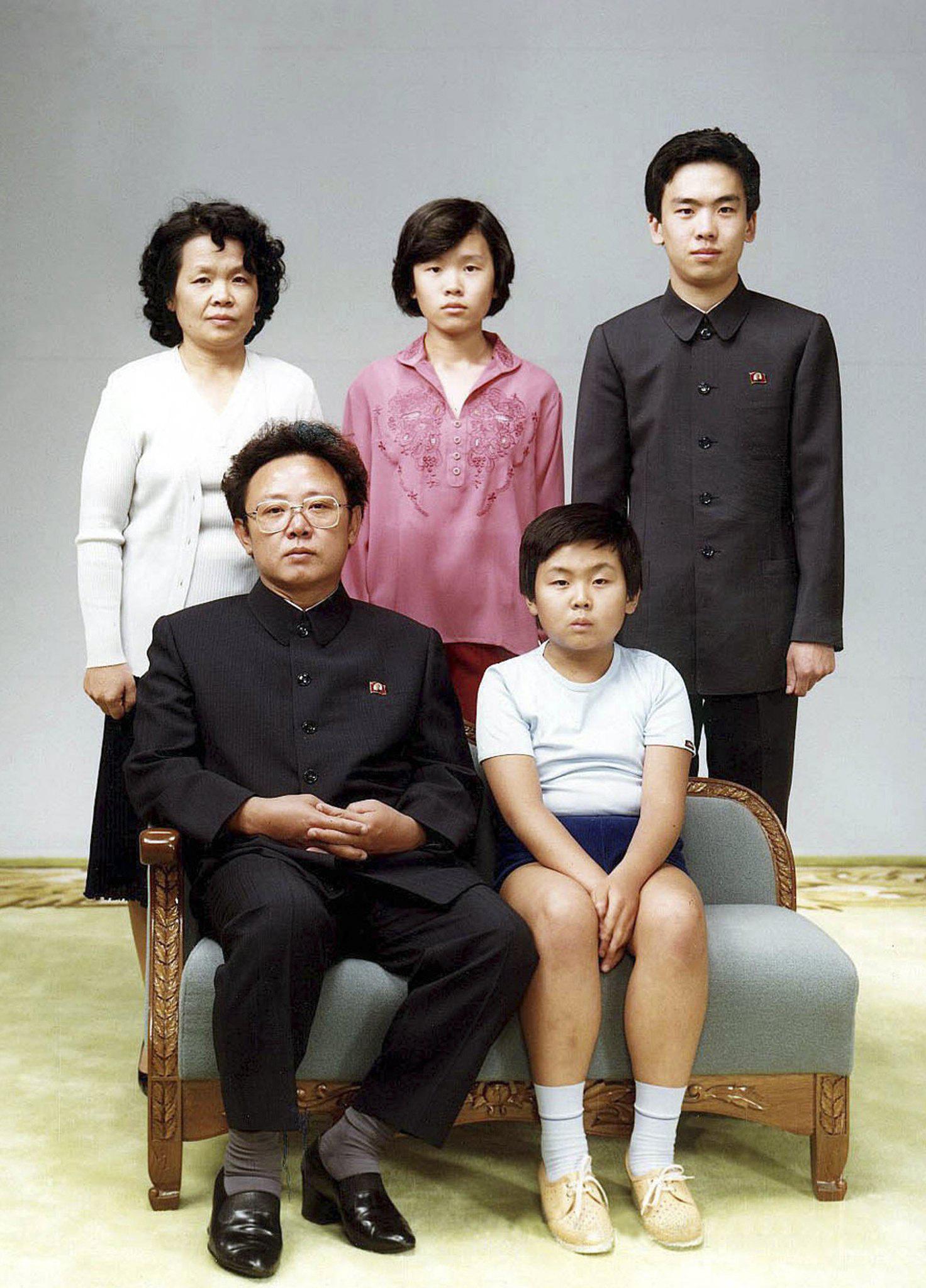 He thought he was safe living in Macau, because the state is under the control of China which did not want him dead.

But his half-brother’s spies had been tracking his movements across southeast Asia.

Jong-un’s operatives decided it would be better not to carry out the attack themselves, but to rope in two desperate women.

Lured to the Malaysian capital Kuala Lumpur with the promises of decent work, Siti had ended up involved in the sex industry, while Doan, 31, was a wannabe actress who’d appeared on Vietnam’s version of Pop Idol. 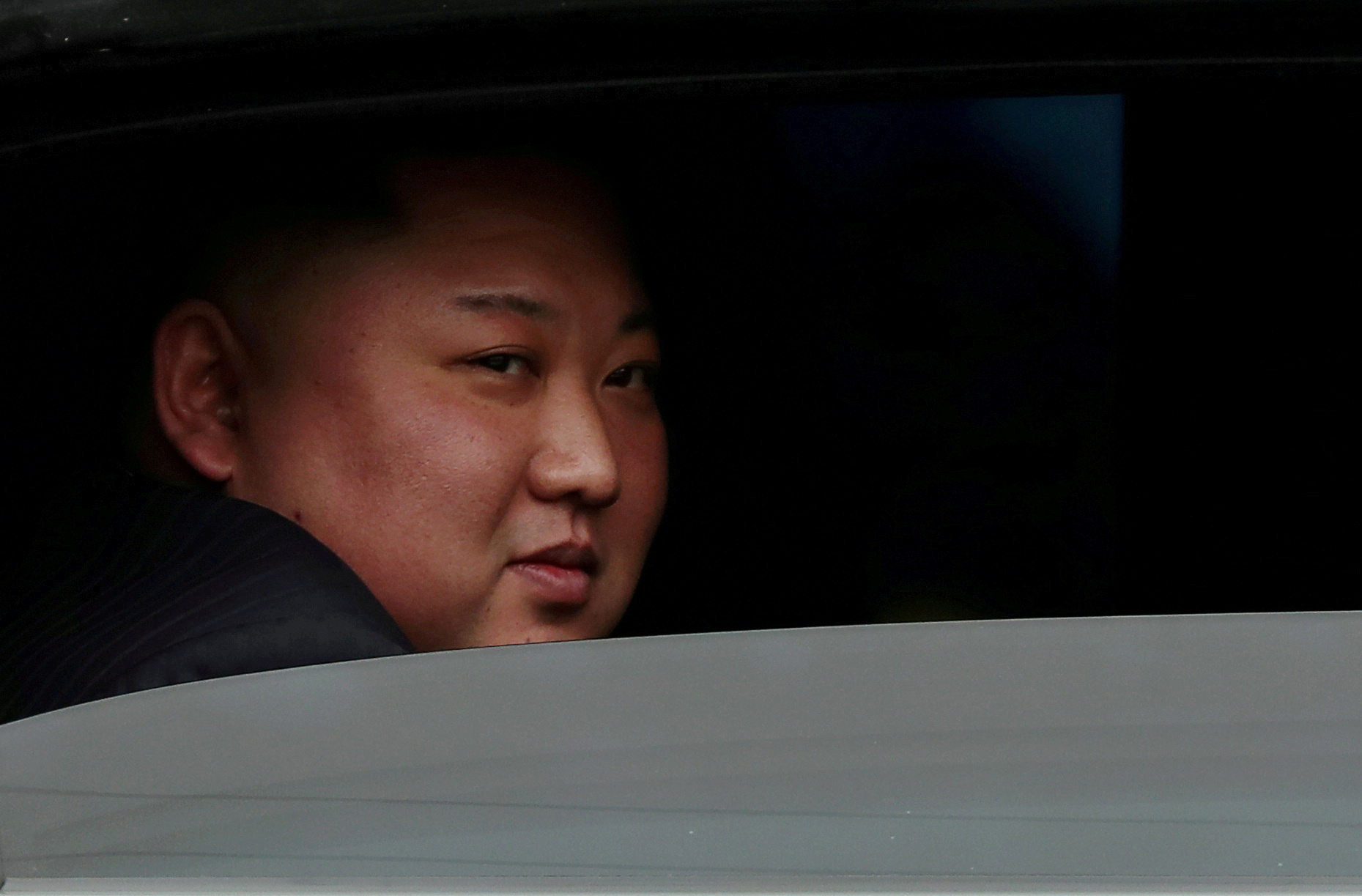 Kim Jong-un is alleged to have ordered the hit because Jong-nam was the original heir to North Korea’s leadership Credit: Reuters

Both women were recruited separately and didn’t meet each other until they were in prison.

The agents offered them good money to take part in what they believed were Jackass style pranks for Japanese TV.

Single mum Siti fell for the charm of the man called James, who was in fact North Korean Ri Ji U.

She was paid £80 each time she smeared baby oil on strangers for the cameras, which was a far higher wage than the £4 she earned from each customer as a masseuse. 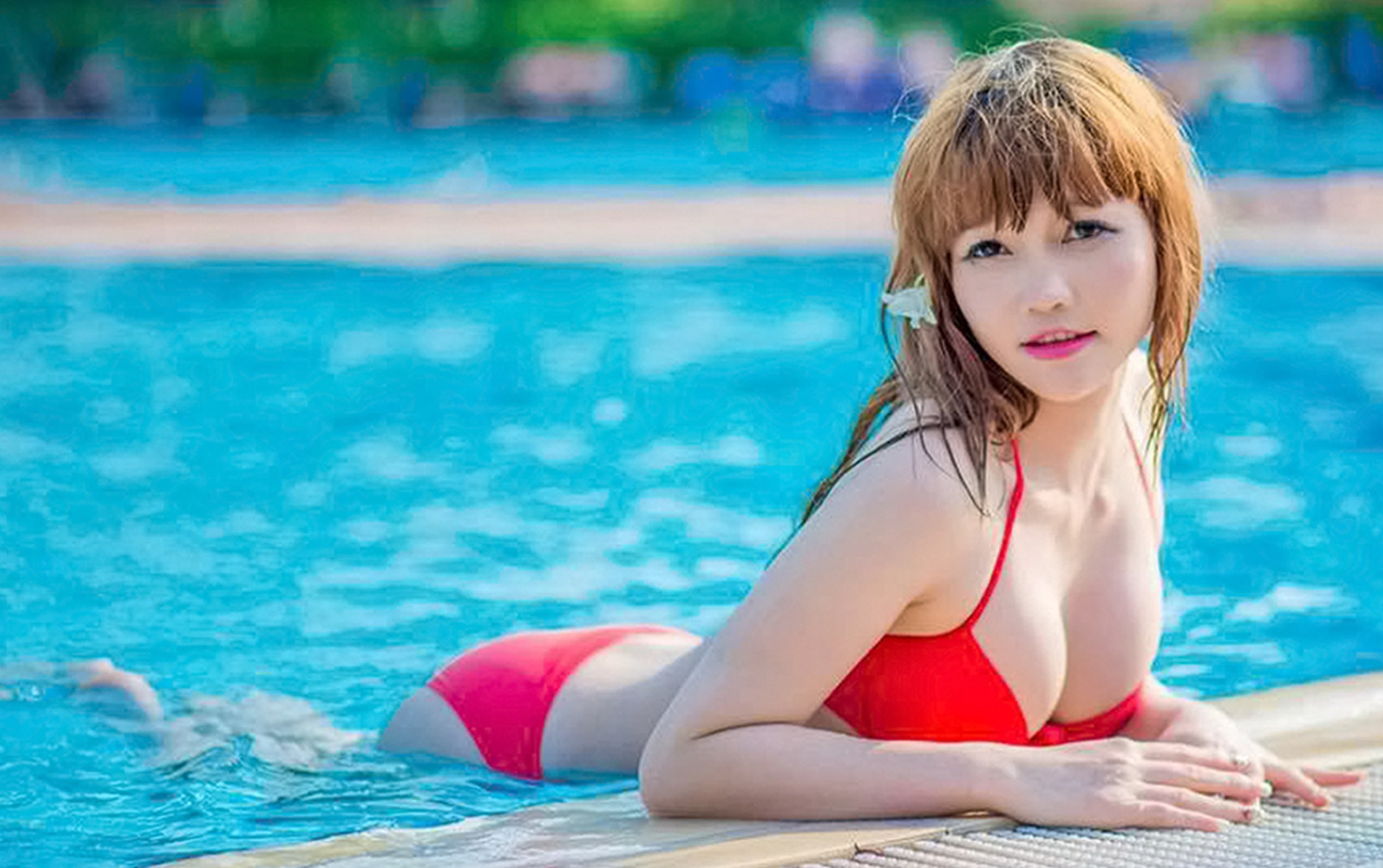 Doan had sought celebrity status when she was recruited into the plot Credit: Rex Features

Doan, who always wanted to be on TV, negotiated an even higher price of £800 for her services.

That was a huge sum for a then 28-year-old woman whose dad was a farmer in Nam Dinh, Vietnam.

They carried out several pranks in different places until they were experts in the art.

When they carried out the attack on Jong-nam in Kuala Lumpur airport they thought he was an actor in on the stunt. 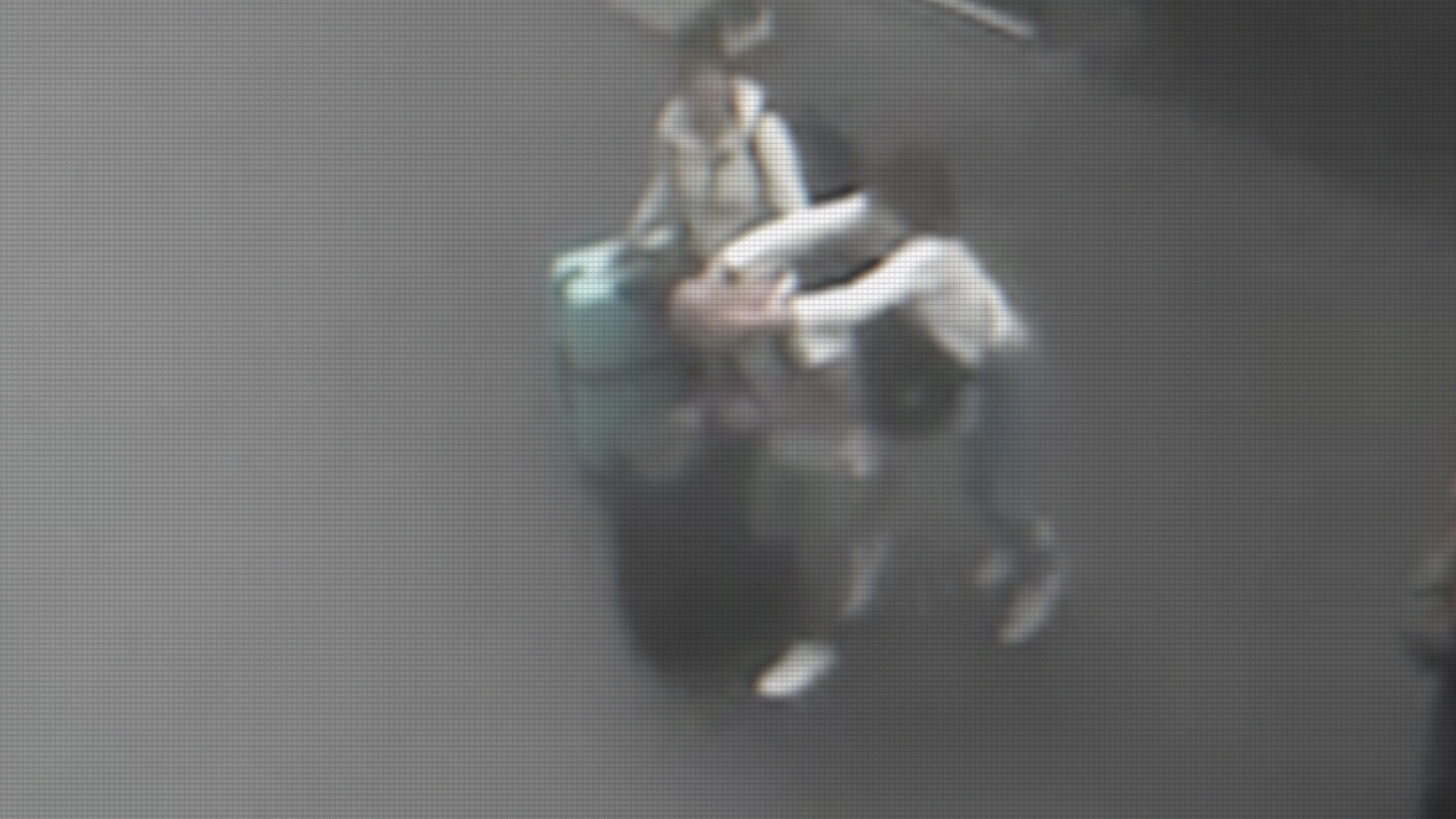 Smiling as they walked away was normal – explaining the big grin on Doan’s face.

Oblivious to the fact that Jong-nam was slowly dying on an airport seat, they made no attempt to leave the city.

The North Koreans alleged to have taken part in the airport plot, Rhi Ji-hyon, Hong Song-hac, O Jong-gil, and Ri Jae-nam, headed straight for border control and left the country.

Song-hac, who had taken over from James as Siti’s ‘handler’, would have known the women faced the possibility of the death penalty. 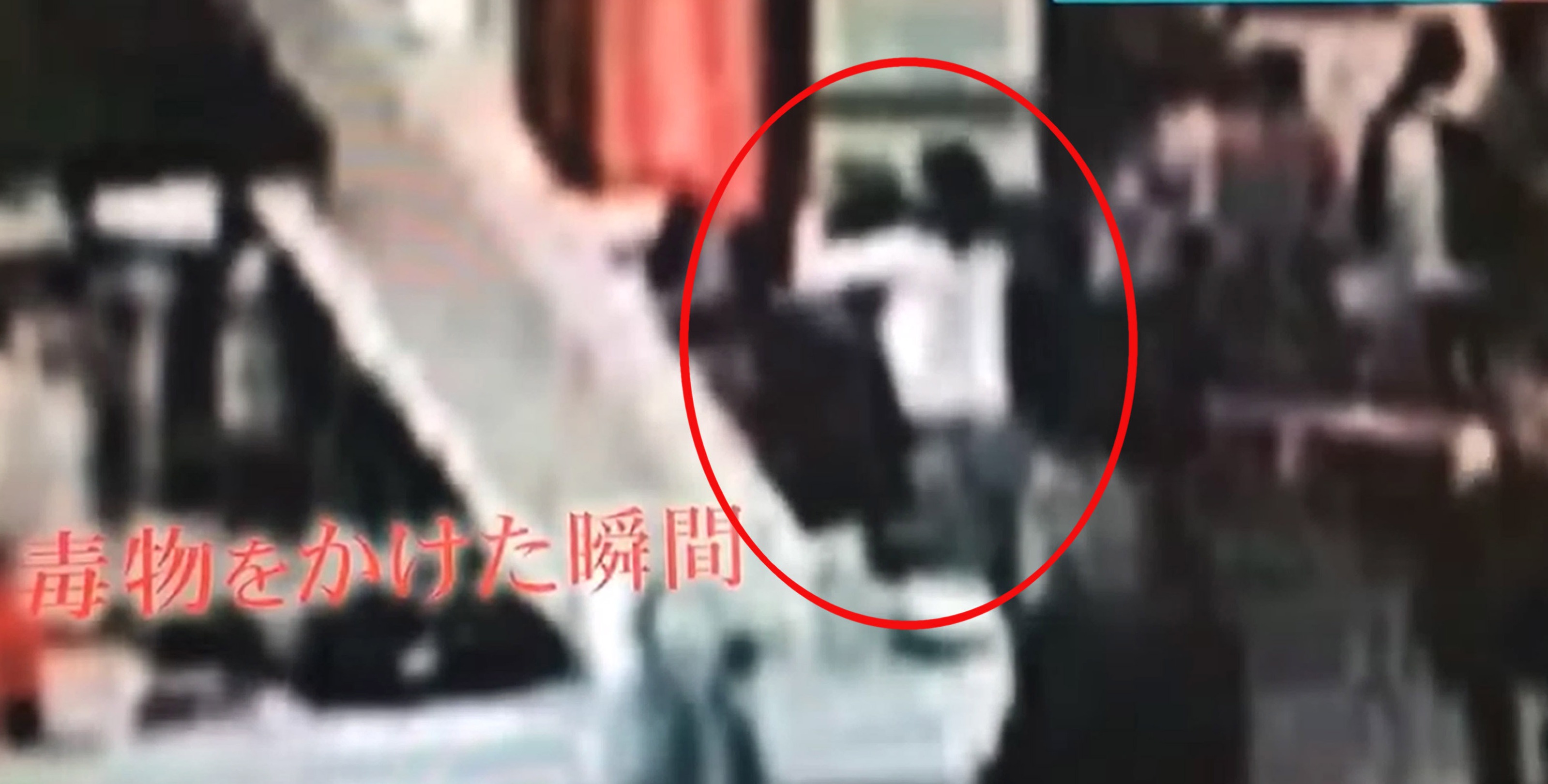 CCTV footage of the moment Kim Jong-nam had the lethal nerve agent rubbed on his face Credit: Rex Features 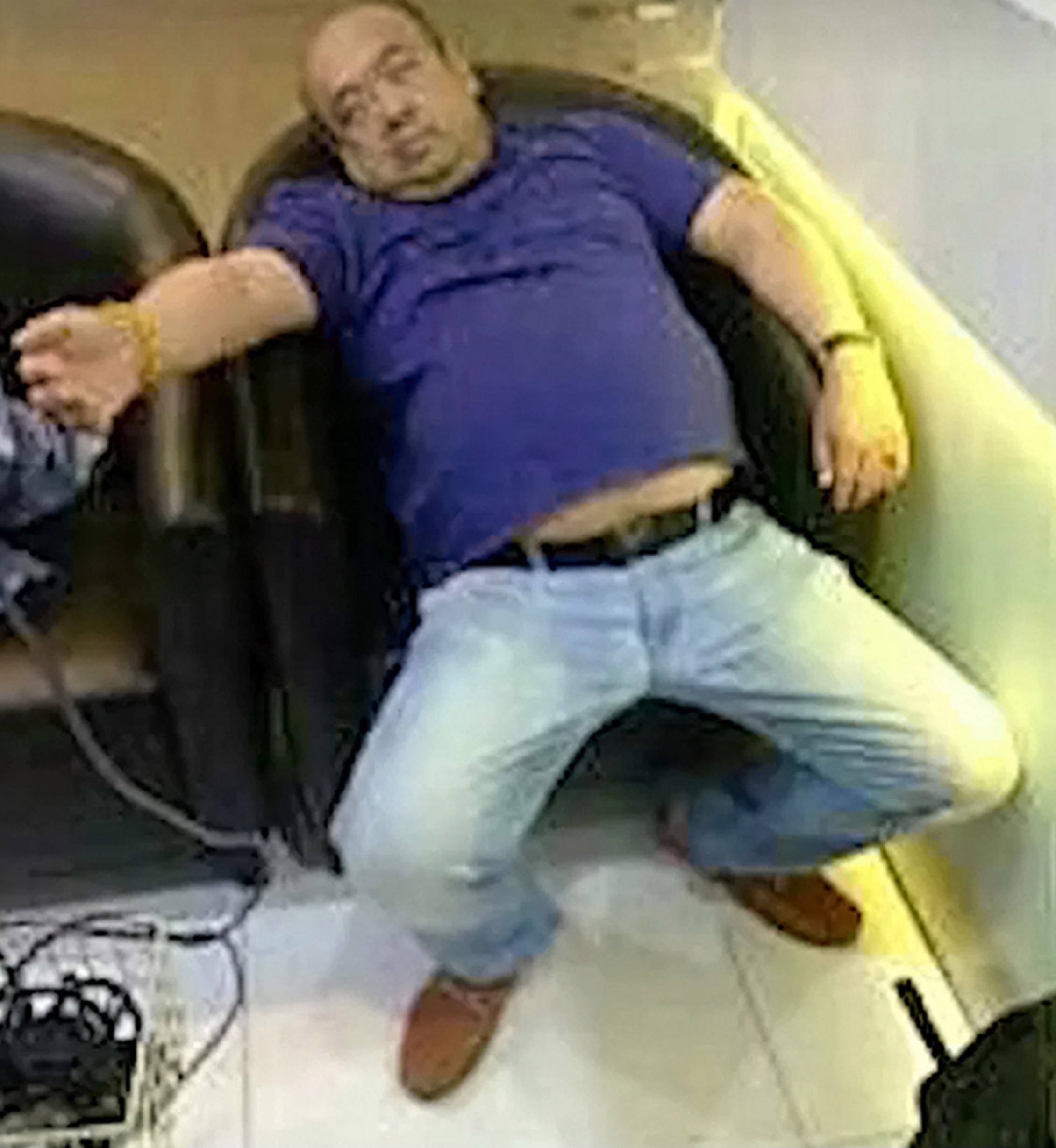 He collapsed in the airport shortly after the attack and died in an ambulance on the way to hospital Credit: Enterprise News and Pictures

Siti said: “It was as if those North Koreans saw my life as no value at all.”

Two days later both Siti and Doan were arrested along with a North Korean chemist called Ri Jong-chol.

Even though he was suspected of organising the VX agent, which is banned under international law, he was released due to a lack of evidence.

The North Korean embassy’s second secretary Hyon Kwang-song was also identified as someone the police wanted to question. 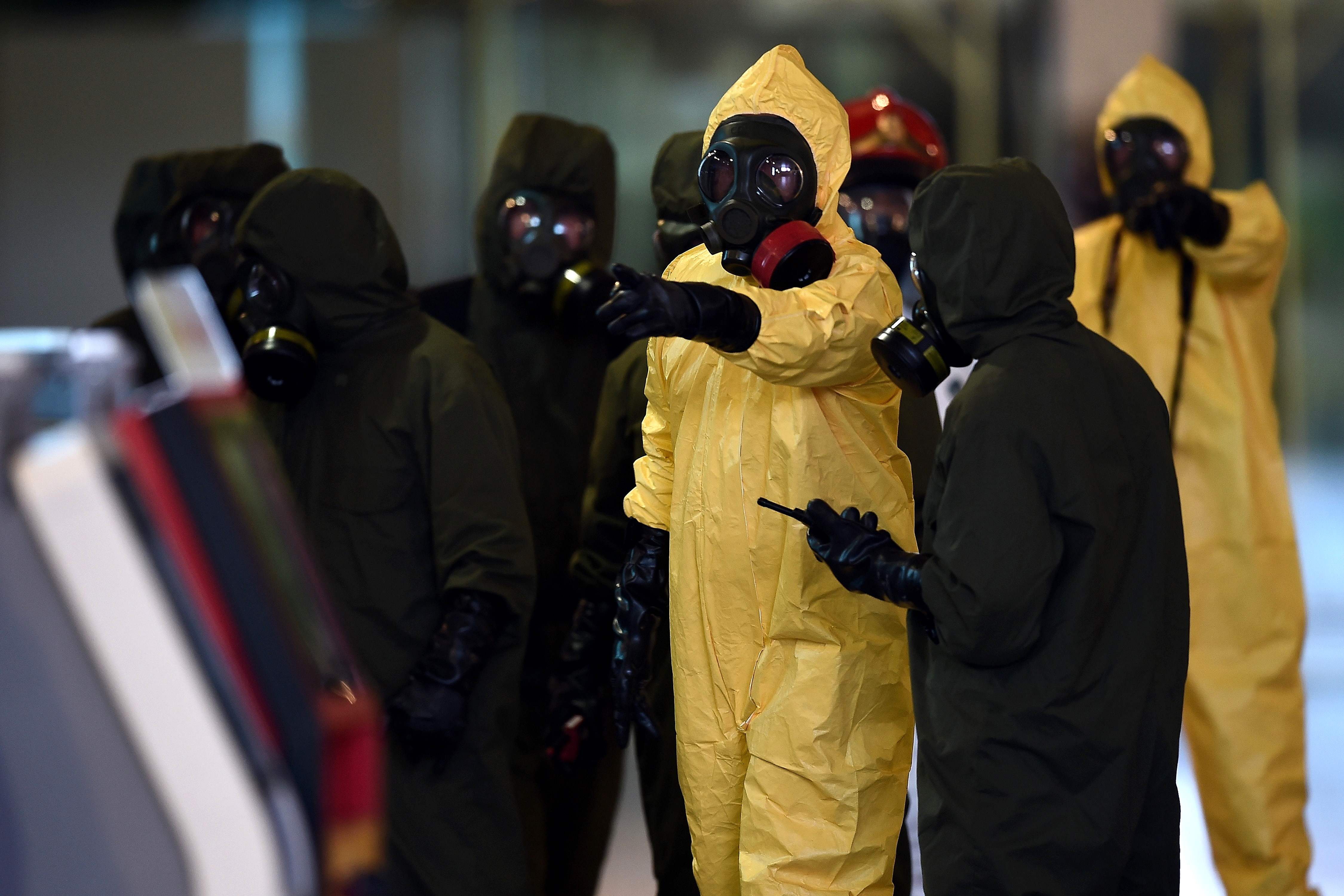 Malaysian authorities in hazmat suits decontaminating the airport after the attack Credit: AFP or licensors

But after the authorities in North Korean held Malaysian embassy staff hostage, a deal was struck that allowed all the suspects to leave.

That just left the Siti and Doan to be charged with Jong-nam’s murder.

Initially everyone thought they were guilty, including Hadi.

The Radio Free Asia journalist says: “I thought Siti and Doan were North Korean spies. For the North Koreans to use the film industry as a cover seemed plausible because Kim Jong-un and his father were known to like Western movies.” 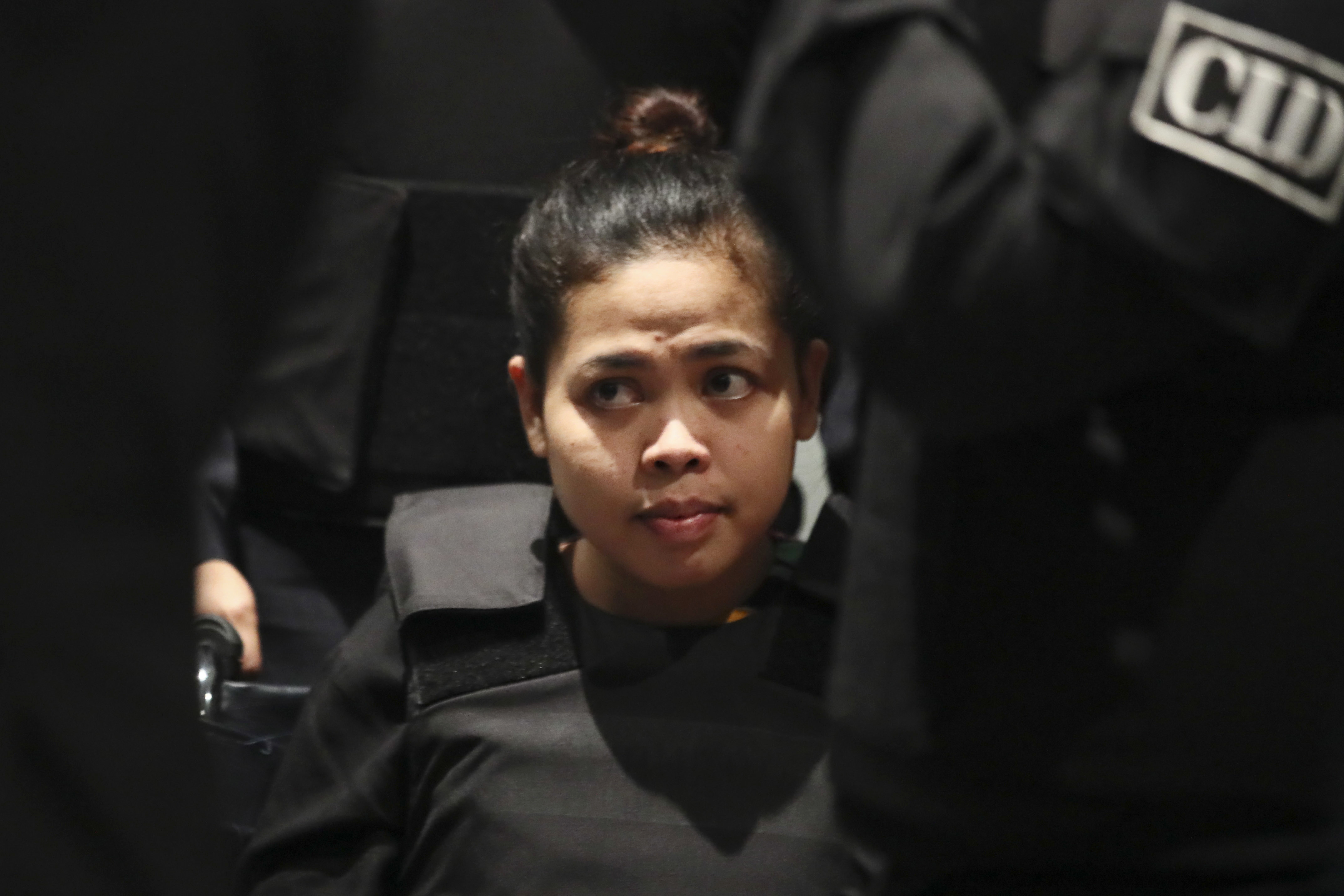 But Hadi realised something was amiss when he found out the Malaysian prosecution had no interest in pursuing the North Koreans who had been at the airport during the assassination.

As the case unfolded it became more believable that the two women were innocent dupes.

Suddenly, out of the blue, the charges were dropped against Siti.

The trial continued against Doan, but bargaining allowed her to plead guilty to the lesser offence of voluntarily causing hurt by dangerous weapons. 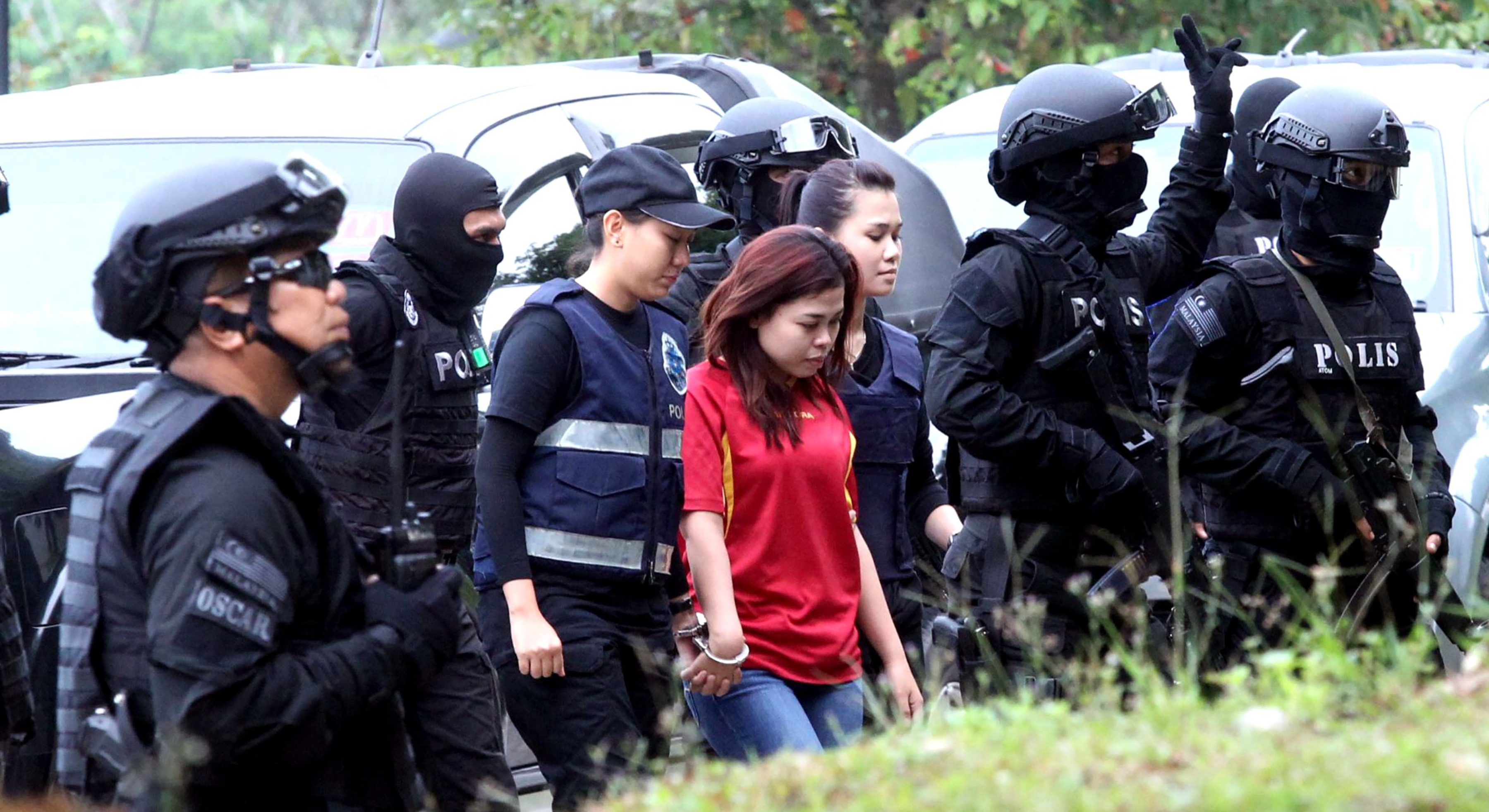 Siti being taken into court under the protection of special armed forces – her charges were eventually dropped Credit: Rex Features

She was sentenced to three years and four months in jail in April 2019 and released just a month later due to time served on remand.

Even now they face cruel barbs on social media, with some people accusing them of getting off lightly.

‘There was no justice’

Critics in Vietnam weren’t happy that she was treated like a celebrity.

Doan, who has returned to Vietnam to live with her family, says in the film: “Since I came back there’s been a lot of people talking.” 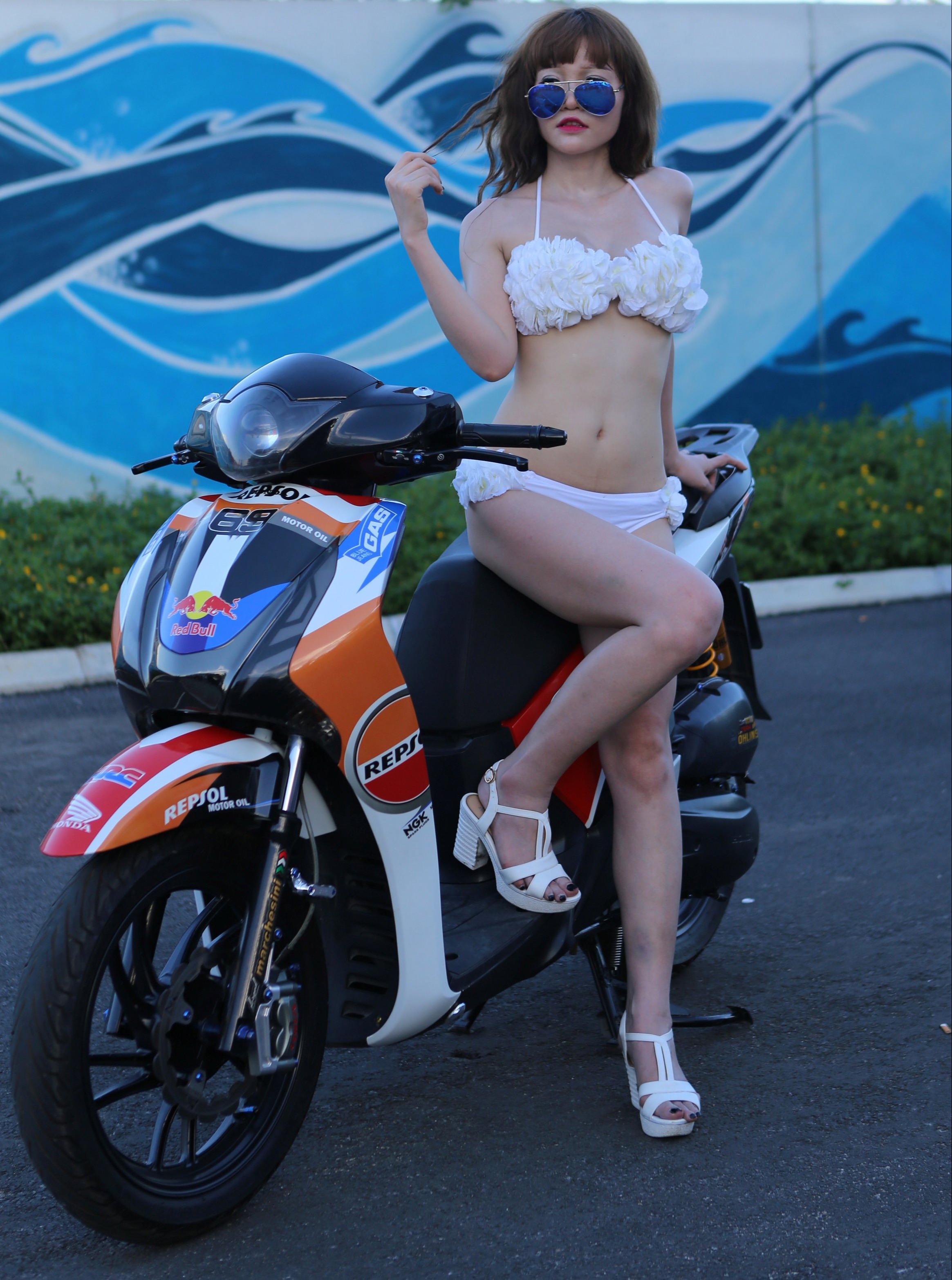 With no one convicted of Jong-nam’s murder you might expect the Malaysian police to be keen to bring his real killers to justice.

After all, VX is considered to be a weapon of mass destruction and it was unleashed in a very public place.

Yet relations between the two countries are getting back to normal.

Hadi reveals: “The case is closed, it is over. They are not looking for ‘James’, he could still be here, the rest were deported, the chemist is somewhere in China, there is a video of him in a restaurant there.

“There was no justice for Kim Jong-nam.”

Arsenal and Man Utd teams from last time Gunners did double over Reds including Cristiano Ronaldo, Henry, RVP and Rooney