JK Rowling has remembered the ‘extraordinary and wonderful’ Helen McCrory following the shock news of her death aged 52.

Narcissa was seen fiercely devoted to her family, even if that meant standing alongside her husband as a Death Eater and making unbreakable curses to keep Draco safe.

As hundreds of condolences and tributes pour in to honour Helen, who privately battled cancer, JK added her own and wrote: ‘I’m devastated to learn of the death of Helen McCrory, an extraordinary actress and a wonderful woman who’s left us far too soon.

‘My deepest condolences to her family, especially her husband and children. Simply heartbreaking news.’

The Wizarding World, an official site to the Harry Potter fandom run by Warner Bros, added: ‘We are deeply saddened to hear of the passing of our beloved Helen McCrory, who played Narcissa Malfoy with such depth and brilliance in the Harry Potter film series.

‘She was a wonderful actor and a very dear friend; Harry Potter fans will miss her very much.’ 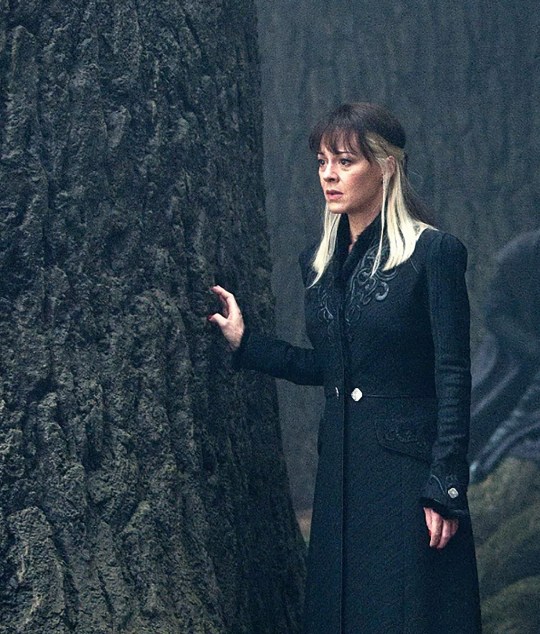 The complicated Narcissa was devoted to protecting her family (Picture: Warner Bros) 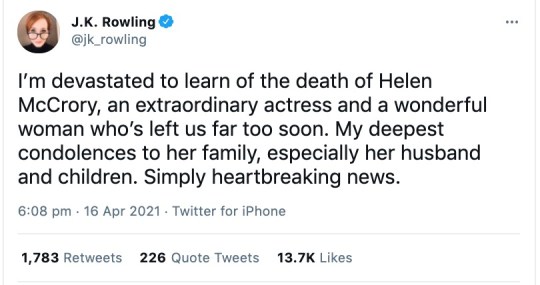 JK paid her respects to the actress (Picture: Twitter)

Helen’s death was confirmed on Twitter this evening, with husband of 14 years Damian Lewis releasing a statement.

He wrote: ‘I’m heartbroken to announce that after a heroic battle with cancer, the beautiful and mighty woman that is Helen McCrory has died peacefully at home, surrounded by a wave of love from friends and family.

‘She died as she lived. Fearlessly. God we love her and know how lucky we are to have had her in our lives. 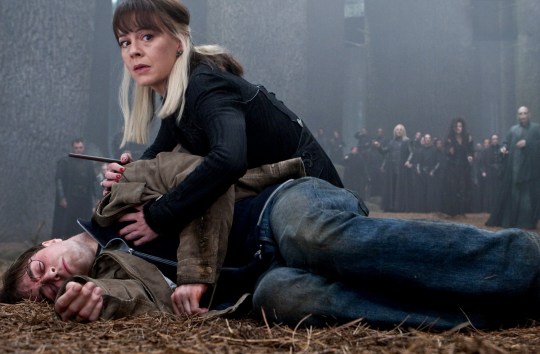 ‘She blazed so brightly. Go now, Little One, into the air, and thank you.’

She leaves behind a film and television legacy, which includes Peaky Blinders, His Dark Materials, MotherFatherSon and Quiz.

In the last year of her life, she and Damian helped raise more than a £1million in order to help feed the NHS as they fought the coronavirus pandemic, joining forces with Matt Lucas to do so.

Helen is survived by her husband, as well as her two children – daughter Manon McCrory-Lewis, 14, and son Gulliver, 13.