Harry Potter star Tom Felton has revealed the first film was a family affair for him, as his grandfather made an appearance in The Philosopher’s Stone.

The actor played bad boy Draco Malfoy in the film series – about a boy who learns he is a wizard – from 2001 to 2011 and has been watching the first instalment at home, sharing his viewing experience with fans.

He got emotional watching the opening scenes and seeing co-star Daniel Radcliffe, then 11-years-old, appear on screen as Harry.

Tom spotted his grandfather Nigel during a Quidditch match as a professor at Hogwarts school.

He said: ‘That’s my grandpa again! The guy with the beard. White beard! Huge beard right next to Lee Jordan. And there’s me again. It’s a family thing, mental!’

Nigel popped up again during the iconic scene where Professor Quirrell (Ian Hart) burst into Hogwarts’ Great Hall to warn the students and teachers that a troll was on the loose. 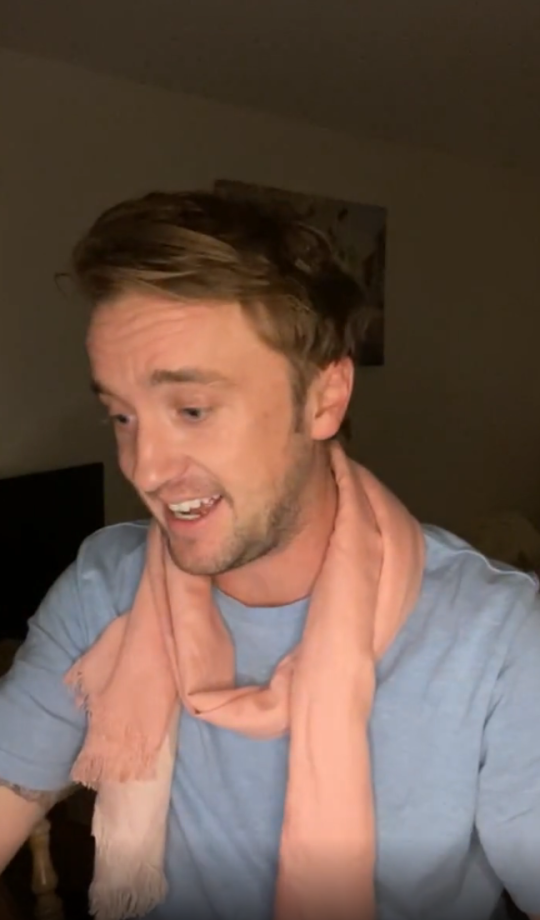 Tom was excited to spot his grandfather Nigel in the first Harry Potter (Picture: Instagram)

In the scene his grandfather was sat at the top table with the other teachers including Professor McGonagall (Dame Maggie Smith) and headteacher Dumbledore (Richard Harris).

An excited Tom said: ‘There’s my gramps! Oh my days it actually goes my gramps and then me in the same [shot].’

The Origin star previously shared a photo of his granddad in a scene with another Hogwarts pupil Lee Jordan (Luke Youngblood).

‘This is Lee Jordan….and my grandpa, my real actual grandpa (on the left)’ he said in the caption.

Throughout lockdown Tom has been treating Harry Potter fans to virtual chats with some of his former co-stars including Jason Issacs, who played Draco’s dad Lucius, and Matthew Lewis, who played fellow wizard Neville Longbottom.

Who are Elon Musk’s six children? – The Sun

When is Will Mellor joining and who will he play?