Marc Mailley made his name on the set of Harry Potter (Picture: Marc Mailley)

From wizarding battles and the Triwizard Tournament to flying motorbikes and broomstick falls, Harry Potter stunt double Marc Mailley has seen it all.

While he wouldn’t change his job for the world, he’s very aware of the dangers, after his best friend and Daniel’s former stunt double, David Holmes, was left paralysed from the chest down after a stunt went badly wrong on the set of Deathly Hallows part one.

Marc took over as Daniel’s double, even performing the same stunt which caused David’s injury, but his friend has stayed in his mind throughout his career ever since.

As part of our series, Seeing Double, which looks into the extraordinary lives of some of film and TV’s most fearless performers – stunt doubles – we talk to Marc, who is best known for doubling Daniel Radcliffe as the Boy Wizard on the Deathly Hallows movies.

He opened up to Metro.co.uk about everything from jumping off a 50-foot tower in the famous Voldemort battle scene, and the bond he had with the actors, to how David’s injury has impacted him, and the stunt he would never want to try again. 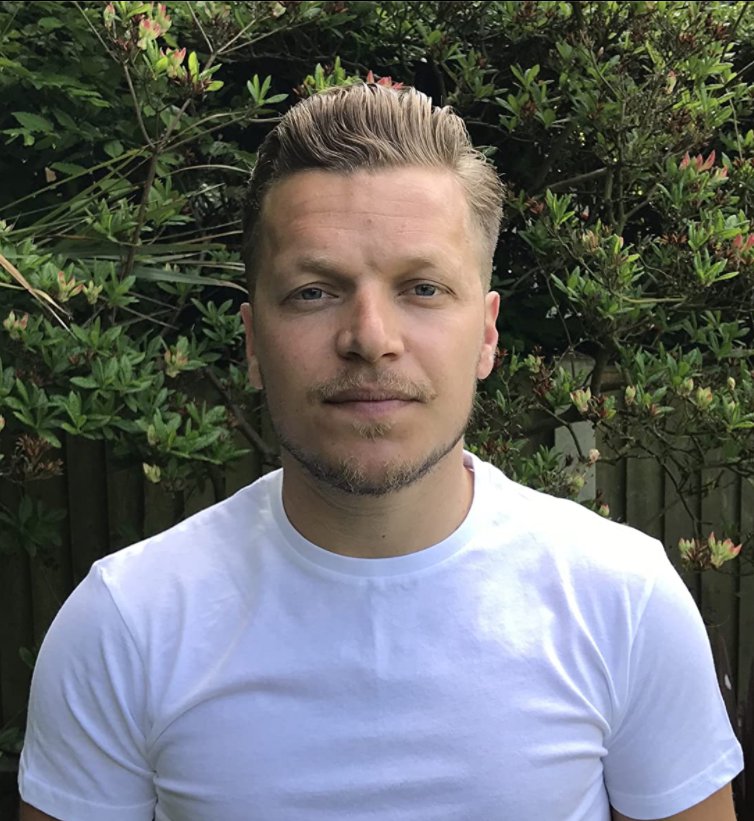 Marc had a unique beginning to his stunt career (Picture: Marc Mailley)

What were the most difficult stunts on the Harry Potter movies?

‘I remember doing the jump back through the wall when the snake attacks Harry in the house, which ends up smashing through the wall,’ Marc explained of Deathly Hallows part one. ‘It had quite a lot of meaning to it because it was the stunt that my friend was doing when he had the accident, so it was quite a strange one to do.

‘I had quite a lot of weird feelings about it because obviously my friend should have been doing it at the time, and not me. So that was quite a strange stunt to perform after what happened.’

He added: ‘Also I remember doing the fall off the tower with Voldemort right at the end of Deathly Hallows part two. It’s crazy, we did that for real, it was a 55-foot high fall into boxes and literally, we had to play out the action. I had to grab another stunt performer in that same position, around either side of his neck, by his ears, and we just jumped off head-first all the way down.

‘There were no wires at all – it was quite a weird high fall to do because normally you’d either be separate or side-by-side, you wouldn’t normally be facing each other at quite a tight pinch. It all went pretty well – we landed but I landed slightly just before him […] and we ended up clashing heads at 55 foot which didn’t work out too well for him. He caught the back of his head and had one hell of a lump and ended up getting carted off to hospital with serious concussion.’ 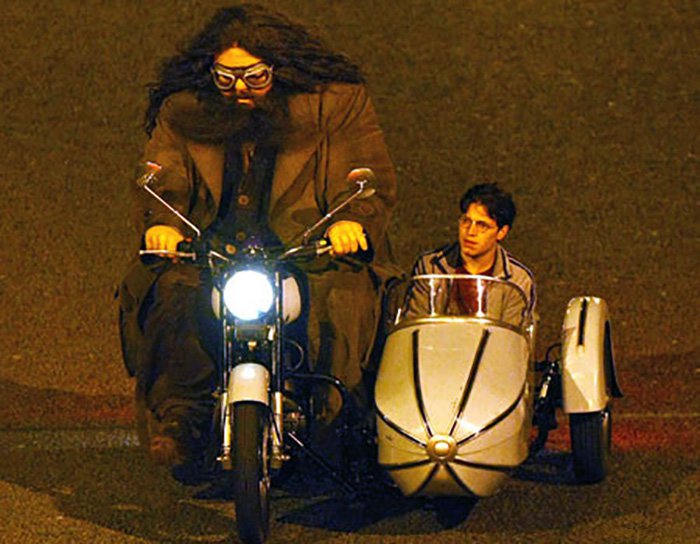 Marc doubled Daniel for anything deemed too risky for the actor (Picture: Marc Mailley)

Marc went on to admit that a stunt he ‘wouldn’t rush back to’ is the one in Prisoner of Azkaban when Harry falls off his broomstick after seeing a dementor. While David performed it on the day, Marc didn’t get off scot-free, having to rehearse it for shots.

‘That was probably the most awkward stunt I’ve done in my career because that involved being wrapped in a wire about three or four times,’ he recalled.

‘You had to be winched up to 55 feet to the top of the stage and you had to swing yourself upside down, hook your legs round the wire so you’re facing headfirst down to the ground.

‘Because you’re winched up, every time you breathed in, the wire around your stomach would just get tighter.’

‘It’s a very horrible sensation – you’re going from upside down to spinning multiple times and all the way down you have no idea where you are until you hit the mats at the bottom. That was probably my least favourite!’

Which actors were the most keen to take on stunts in Harry Potter?

‘All of the actors were pretty keen – they all seemed very keen and able, especially Daniel,’ Marc explained, adding of the Triwizard Tournament scenes in Goblet of Fire: ‘A lot of the underwater stuff, he did himself.

‘He was very, very comfortable underwater, which was very impressive to see. Many stunt guys would struggle to do some of the long breath-holds that he did.

‘All of them seemed very able but, them being the age they were, we got used a bit more for safety reasons and because they were obviously minors at the time – not great for them, but good for us because we get to do more stunts!’

In the same film, Harry is seen taking on a dragon on a rooftop, which Daniel was keen to perform himself, with just a bit of help from David.

‘Daniel was up there on the wire at height, he’s slipping off the tiles, grabbing pieces, falling, he’s a very able, very fit guy. He could have done a lot more than he was able to do.

‘But there’s also times – especially when you’re doing the big jerk-backs, I think he does appreciate that he doesn’t want to do that, it’s very, very painful.’

What injuries has he suffered? 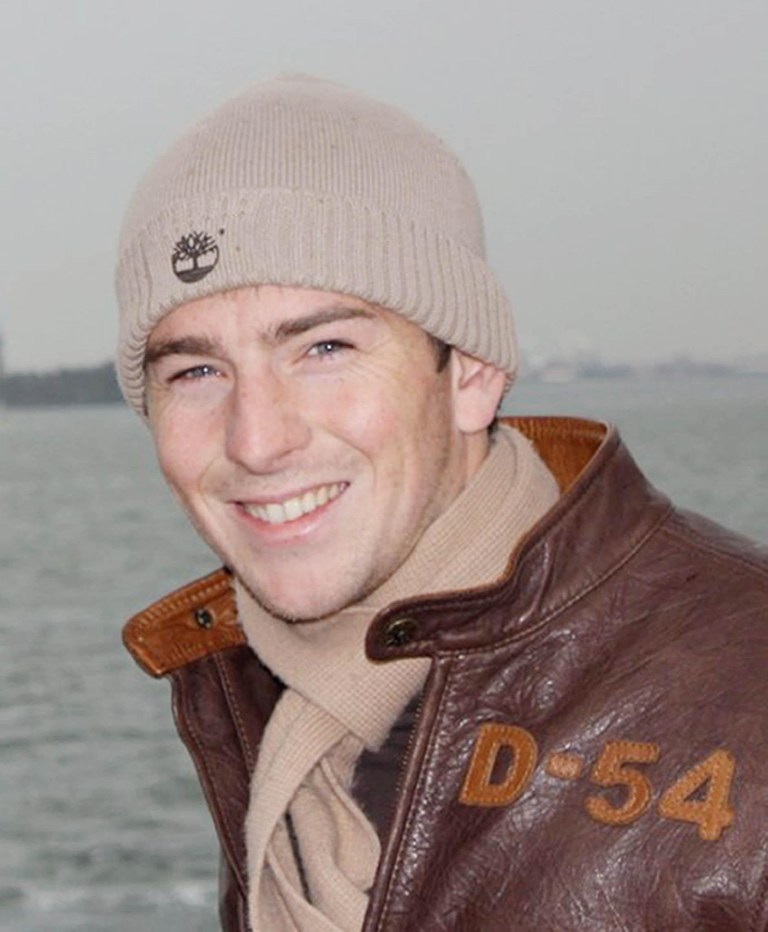 ‘We thought we were probably quite invincible at the time because we’ve done some very big stunts and, unfortunately, the one he got injured on, you probably wouldn’t think it’s one of our bigger stunts that we’ve done as a team,’ he pointed out.

‘It just caught us off guard. It definitely shows you’re vulnerable and you do need to keep your head screwed on and don’t take things for granted.’

Of his own accidents, he added: ‘I’ve had two knee reconstructions – one from Prince of Persia, doing a stunt on there, doubling Dastan, who was Jake Gyllenhaal’s character, doing a free run section on that.

‘I have a fair few injuries,’ he added, ‘but I think we learn to just suck them up and just carry on because we’ve got work the next day!’ 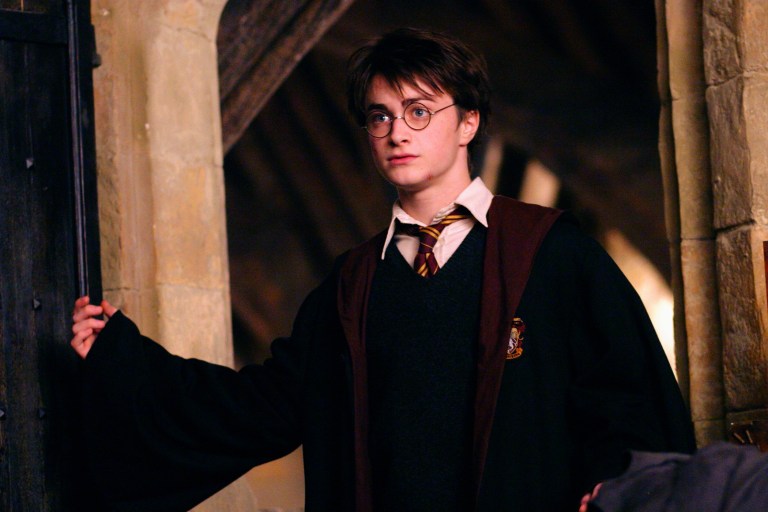 Marc got to know the likes of Daniel and Robert Pattinson (Cedric Diggory) well after training them and doubling them, but one of his most memorable moments came from working with Tom Felton (Draco Malfoy).

‘I had to double Harry on a shot in the Room of Requirement and deliver quite a few lines of dialouge to Tom and a few of the other guys, and it was just before the fire,’ he recalled.

‘It was probably one of my most nerve-wracking, scariest days on set because I could barely get it right.

‘I literally fell to pieces which they found hysterical. I had the continuity [team] screaming out the lines to me and even then I was still getting them wrong.’

Meanwhile, Marc has also worked with Daniel on the 2015 film Victor Frankenstein, which coincidentally saw them filming a drowning scene, as well as on The Woman in Black, which also had an underwater scene.

‘Every time I’ve worked with Daniel, we end up having to drown – or pretend to drown. Maybe he’s asked, he’s trying to get rid of me!’

In the meantime, check out the series so far.

Britney Spears Wrote Me a Letter Asking for Help