Sydney Morton and Jordan Dean open about about the ’emotional’ challenge of playing the couple (Picture: Getty/Lifetime)

Prince Harry and Meghan Markle are played by Sydney Morton and Jordan Dean in the new Lifetime movie, Harry & Meghan: Escaping the Palace, and the actors have opened up about how ‘emotional’ the experience was.

Speaking to HollywoodLife, Sydney, 36, said the role gave her ‘a new perspective’ on the couple’s situation, as it wasn’t something she’d thought about deeply before.

‘For me, I would say it was very emotional,’ she began.

‘I know that I had not spent that much time really thinking and internalising their experience. I mean, again, it’s always been such news. It’s been headlines and kind of reduced to these talking points, so it was really surprising to feel the weight of it all, the emotional weight of it.’

The Intern star said ‘most people’ don’t take time to consider the pair’s situation, so portraying the role of the Duchess of Sussex was a moving experience.

‘You’re not taking the time to really sit there and internalise and think how would that feel to lose your mother the way that Harry did, to be an American, to be a woman of colour marrying into the royal family under all that scrutiny.’ 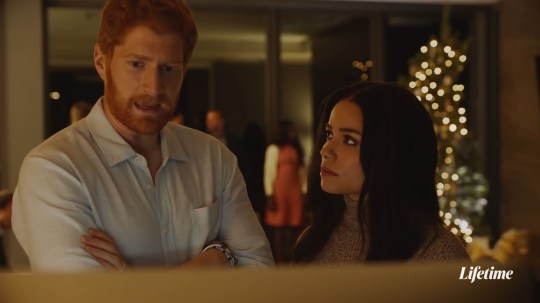 The Lifetime movie will depict the couple’s departure from the palace (Picture: Lifetime)

She admitted: ‘It’s something that most of us can’t fathom and don’t take the time to try.’

‘When playing somebody who’s lived that life and had pretty much an unthinkable tragedy happen to him at a very young age and still dealing with the ripple effects from that as a man. As an actor, there’s a lot to mind from that.’

He described Harry and Meghan as ‘people with enormous depth,’ which he found ‘exciting’ to explore. 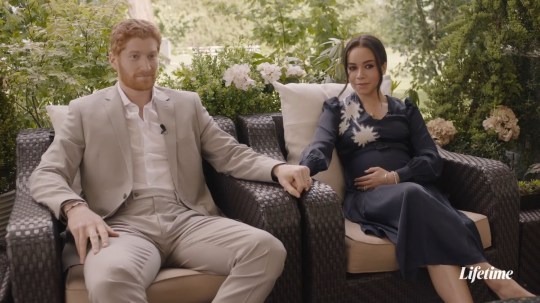 The Virgin Alexander actor also opened up about the value of the prince’s lived experiences, saying him ‘speaking openly and frankly’ helped get him into character far more than research ever could.

‘This is information that no one had heard before, so it was just more that I could take and try to interpret how that would affect me, Jordan, and then try to use it when I was working with Sydney.’

The divisive biopic follows the couple as they distanced themselves from Buckingham Palace and stepped back from royal duties, moving to the US with their son Archie and where they now live with daughter Lilibet. 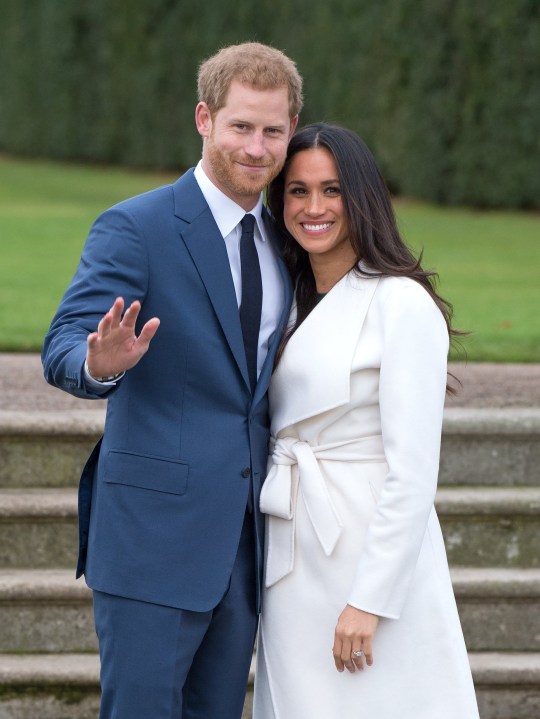 Prince Harry and Meghan Markle announced they were stepping back from their duties as senior royals in January 2020 (Picture: Getty)

The Lifetime movie has received backlash for a ‘tasteless’ scene showing Meghan dying in a car crash like Princess Diana.

One person who has been vocal about their feelings towards the project is Lorraine Kelly, who called it ‘hideous.’

’Oh god love them. That looks hideous,’ she said bluntly on her show.

‘As if their life’s not insane enough, they’ve got that! What a blinking shame.’

Escaping The Palace aired on Lifetime in the US. A UK release date is yet to be announced.