Karyn Parsons was catapulted into fame as part of one of TV’s most beloved families during her time as Hilary Banks on The Fresh Prince of Bel-Air, now the star is featuring in a project alongside her real family.

The 54-year-old actress can be seen alongside her daughter Lana, 18, and 14-year-old son Nico in the new movie Sweet Thing, which also happens to have been written and directed by her husband, Alexandre Rockwell.

The project is very much a family affair and it’s safe to say that has been an unofficial theme within the author’s career.

Speaking exclusively to Metro.co.uk about the captivating film, the star revealed how she found herself starring alongside her kids as she explained: ‘Alex definitely had the kids in mind for the two lead roles they played from the very beginning.

‘I don’t think he had me in mind for the mother when he began writing it, but somewhere along the way, he told me that he really wanted me to do it.’

The poetic film follows 15-year-old Billie and her younger brother Nico as they are raised by separated parents. Father Adam (Will Patton) is a chaotic drunkard with a loving heart for his kids, while their mother Eve (Karyn Parsons) is more focused on her new and obnoxious boyfriend Beaux. 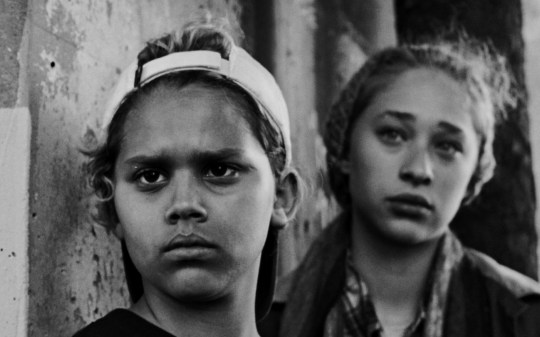 The kids feel uncomfortable around Beaux, and after meeting new friend Malik, they set off on a running wild trek across Massachusetts, crossing paths with a variety of American eccentrics.

Karyn’s role as Eve is a far cry from what viewers are used to seeing her play and the actress states she couldn’t help but compare the two parts.

She mused: ‘I’m not acting so much these days and I’m certainly not making great efforts towards it when I do. Not because I don’t love it or anything, though. It’s because I have other things to tend to that are currently more important to me (my family, my organization Sweet Blackberry, writing). 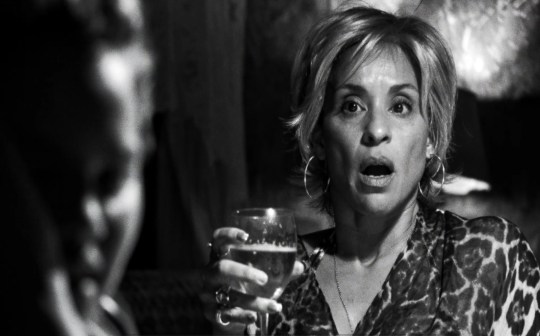 Karyn’s character Eve is worlds away from her famous role as Hilary Banks (Picture: Eureka Entertainment)

‘When I DO play a character that’s miles from Hilary Banks, I can’t help but notice it, but then…. Most characters ARE probably miles away from her.’

Despite having to film some intense scenes opposite her teen daughter, the actress revealed the duo didn’t struggle to work through the difficult moments.

The Ladies Man star said: ‘It was strange at first, yes. I have very very strong relationships with my kids and I couldn’t be a more different mother than Eve, so… there was never any worry or concern about the kids feeling confused or frightened or uncomfortable. 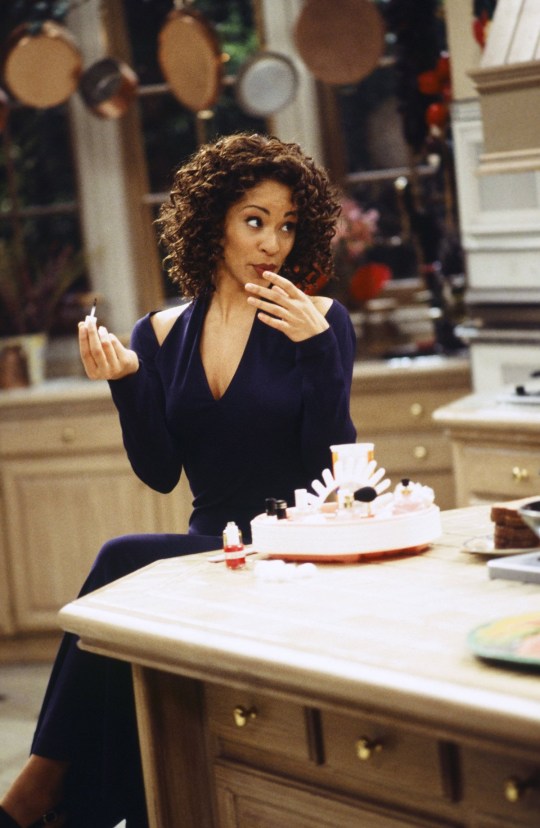 ‘It was acting for all of us and that was actually fun for all of us. To be playing this high level make-believe together. And, honestly, playing the scenes with Lana where I had to be particularly ugly was great because I had to truly affect her.’

The Major Payne star continued: ‘I couldn’t go part way or she’d see that and then I’d see that in her eyes. She knows me well and know her. If I wasn’t coming all the way, without speaking, she’d let me know.’

The proud mother gushed about the mature nature in which both her children managed to handle the demanding script as she added: ‘I’m so proud of them and in awe of them. And not only were they incredible actors, they were sharp, thoughtful professionals throughout. They were dedicated to serving the film and its needs.’ 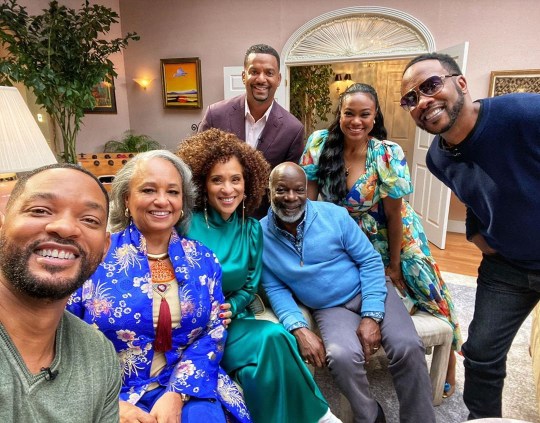 The cast got together to celebrate the show’s 30th anniversary last year (Picture: Will Smith/Instagram)

Sweet Thing’s release comes months after viewers saw Hilary reuniting with the likes of Will Smith and the rest of her Fresh Prince co-stars in a reunion special that thrilled fans across the globe.

Recalling reaction to the special, Karyn mused: ‘I’m so glad that the audience was as affected as they were because it certainly spun us around. A real roller coaster of emotions. Took me a couple of weeks to come down from it. Really wonderful.’ 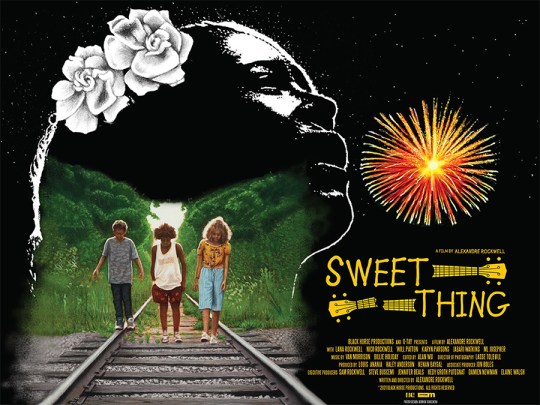 Sweet Thing is out on September 10 (Picture: Eureka Entertainment)

Speaking about the way her close relationship with the cast helped them form bonds as close as actual family members, she continued: ‘Their love and acceptance definitely helped keep me boosted and confident for a long while.

‘Eventually doubt and fear crept in and often got the better of me, but I still think that my tv family’s love has helped keep me feeling safe. Loved. Supported.’

She added: ‘They’re always there for me. And together, along with our amazing writers, producers, directors and crew, we created something special. I think that has definitely helped shape me as a person.’

As for how she feels about getting the chance to play a character that became so beloved in pop culture, the actress stated: ‘It always hard to wrap my head around. The writers wrote her. Judy Richman dressed her. I had great directors and I did my part.

‘It’s a tremendous honor to have been a part of something that continues to resonate with so many and deeply affect people across the world. Crazy. How many people get to experience that?’

As for what the future holds, Karyn believes she could end up working with her husband and children on another project if her kids are eager to continue exploring the medium.

She explained: ‘The jury’s still out on that one. Nico says that he no interest in acting, but Lana… she’s on the fence. Hard to imagine she won’t do more of it. But we’ll see. I do think that she might be interested in work behind the scenes.’

Sweet Thing will be released digitally and in cinemas across UK & Ireland from September 10.