Ford v Ferrari director James Mangold has called on Hollywood to boycott Fox after a mob of Trump supporters managed to force their way into the Capitol building yesterday (January 6).

Figures from across the entertainment world have been sharing their reaction to the riot on social media, including the likes of Edward Norton and Seth Myers.

Now Mangold has waded into the row, criticising the Murdoch owned broadcasting company.

“Watching lawlessness in our capitol – thugs supporting a coup – & deeply saddened,” he wrote on Twitter.

Watching lawlessness in our capitol — thugs supporting a coup — & deeply saddened. The Murdochs have inflicted so much racism, sexism, virulent lies & damage to our nation. Fellow content makers, we must cancel appearances on Fox & use our power to keep ads 4 our shows off Fox.

Fox created this president. And supports his enablers.

“The Murdochs have inflicted so much racism, sexism, virulent lies & damage to our nation. Fellow content makers, we must cancel appearances on Fox & use our power to keep ads for our shows off Fox.”

Mangold also attacked Fox News, which he claims “created this president and supports his enablers,” and called on Hollywood to stop marketing its content with the news giant.

“What we saw today was a violent insurgency and attempt to overthrow the legitimately elected government of the United States,” Meyers said. 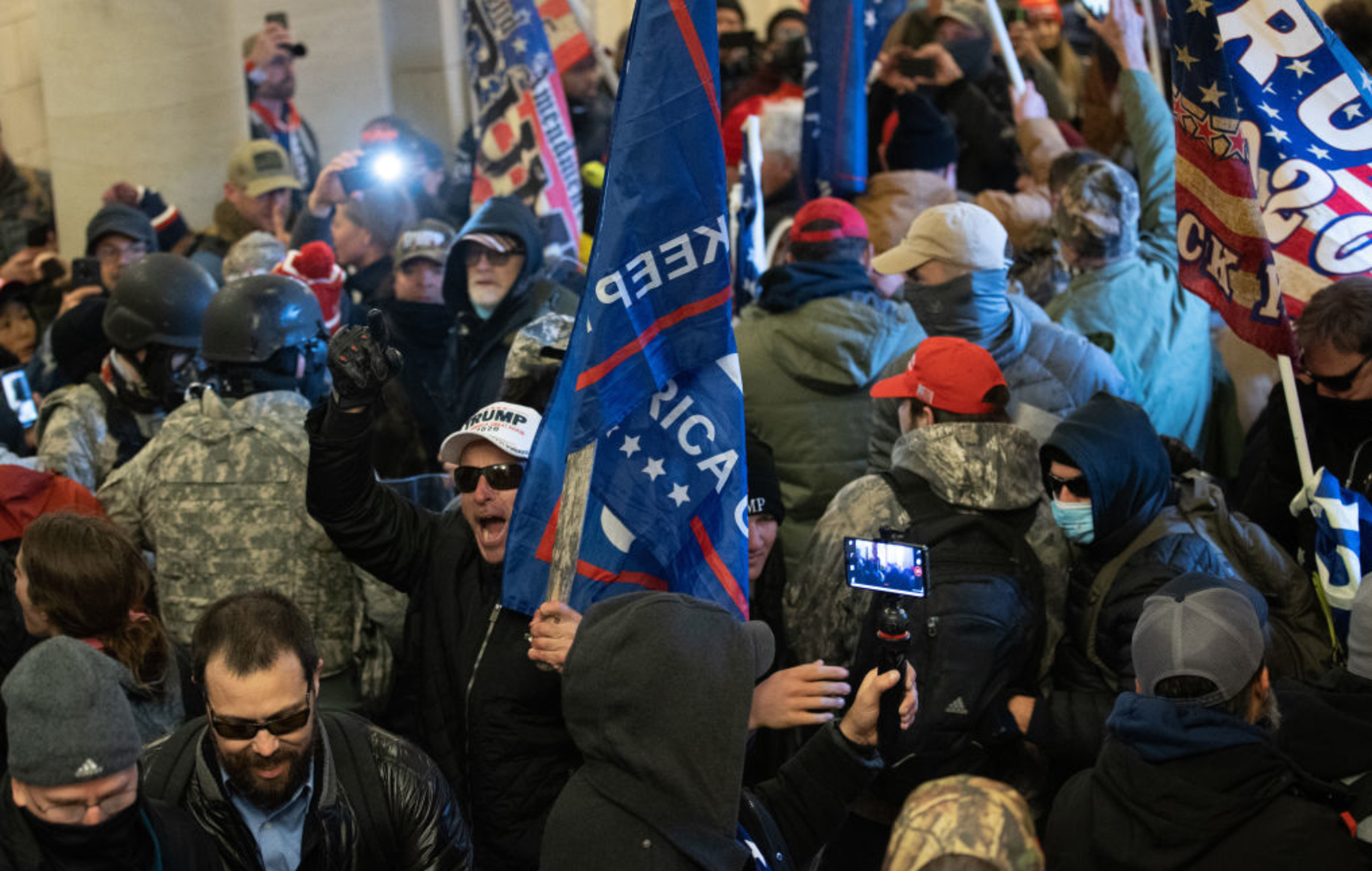 A pro-Trump group breaks into the US Capitol. CREDIT: Win McNamee/Getty Images

“As we were all watching these stunning scenes of violence and sedition and insurrection against our democracy, anxiously hoping for a restoration of calm and order, the president of the United States told the traitors and the mob, ‘We love you, you’re very special, I know how you feel.’”

He added: “The only way our democracy is going to survive this harrowing moment is if he’s immediately removed from office by either the cabinet or the Congress and prosecuted.

“Anything less is tacit permission to continue to use his office, and his influence after he leaves office, to foment sedition and dismantle democracy.”

“Is that FINALLY enough for you to act?! It’s time to ban Donald Trump from your platforms once and for all!”

Trump’s Facebook and Instagram accounts have since been suspended “indefinitely”, or at least until Joe Biden replaces him as president on January 20.

COVID-19 Cases and Hospitalizations Are at an All-Time High