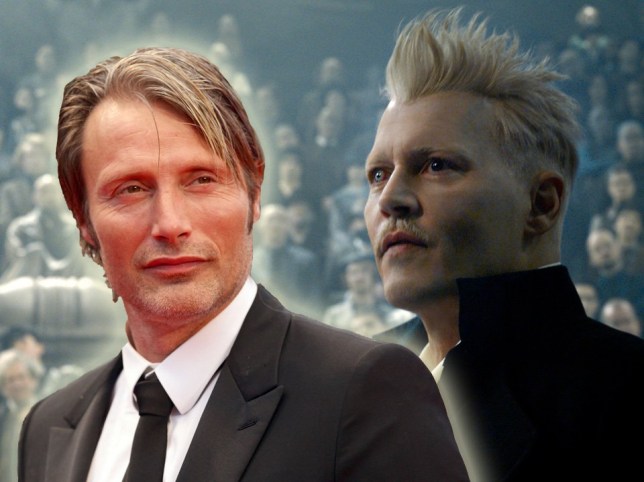 The Danish star is keen to put his own stamp on the role, while finding a ‘bridge’ with what Johnny did before (Picture: Getty/AP)

Mads Mikkelsen has labelled it ‘creative suicide’ for him to try to copy Johnny Depp as he takes on the role of Gellert Grindelwald in the Fantastic Beasts franchise.

Mads was announced as the new Grindelwald back in November, after Johnny resigned at Warner Bros’ request in the wake of losing his libel trial with ex-wife Amber Heard.

Speaking to Collider on the difficulty of inheriting a role that Johnny developed in two previous films, Mads, 55, said that nobody would be interested in him ‘trying to copy anything’ as that would be ‘creative suicide immediately’.

The Doctor Strange actor continued: ‘Everybody’s expecting us to find a different path.

Mads, who was recently Bafta-nominated for his role in the Oscar-winning Danish film Another Round, also spoke about his excitement over getting to star in another big-budget international flick.

Revealing he was ‘a big fan of the Potter universe’, the actor described it as ‘a kind of genre that you don’t touch upon in my part of the world’.

He explained: ‘You can’t get away with that budget-wise in Denmark, so obviously when it came my way it was a fantastic opportunity.’

The star is no stranger to big franchises, having entered the Marvel Cinematic Universe with his role as Kaecilius in Doctor Strange, appeared in Rogue One as lead Jyn Erso’s (Felicity Jones) father and risen to international fame as arch villain Le Chiffre, he of the bleeding eye, in Bond film Casino Royale. 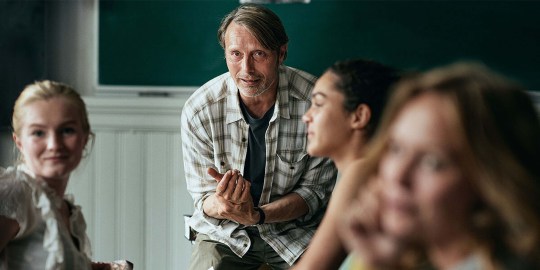 Mads collaborated with director Thomas Vinterberg again this year for Another Round (Picture: Samuel Goldwyn Films/Moviestore/REX)

Mads recently revealed that he kept some of Rihanna’s fake nails as a souvenir after starring in her video for B***h Better Have My Money, as they had his face on them.

He also spoke on fan-favourite show Hannibal, divulging that he and co-star Hugh Dancy had floated the idea of a kiss between their characters during the intense climax of one scene, a snippet of information that had Fannibals in a spin.

Fantastic Beasts 3 wrapped filming this year and is currently scheduled for a July 2022 theatrical release.