Warning: spoilers ahead for Doctor Strange in the Multiverse of Madness.

Ever since Doctor Strange in the Multiverse of Madness came out, Marvel fans yet to see the film have had to Matrix-swerve to avoid spoilers on social media.

However, after keeping her role in the cast under wraps, new addition to the MCU Charlize Theron has shared a first look at her character Clea Strange, who makes her debut in the first of the two post-credits scenes with Benedict Cumberbatch.

In the second picture, she and Stephen Strange (Benedict) are standing next to each other on the street, staring at the portal they’re about to walk through.

So what is Clea’s history in the Marvel comics?

Who is Clea in Marvel comics?

For fans of the Marvel comics, it should come as no surprise that sorceress Clea made her entrance by walking through a portal from the Dark Dimension, as the daughter of Prince Orini, the heir to the dimension, and Umar, the sister of Dormammu.

Dormammu was seen in the first Doctor Strange film, when Stephen created an endless time loop to torture the interdimensional entity.

In the original source material, Clea and Doctor Strange crossed paths when he ventured into the Dark Dimension to go up against Dormammu, with the pair fighting on the same side.

The two powerful magic-wielding individuals fell in love, with Clea eventually training as his disciple and equalling his mastery of the mystic arts. 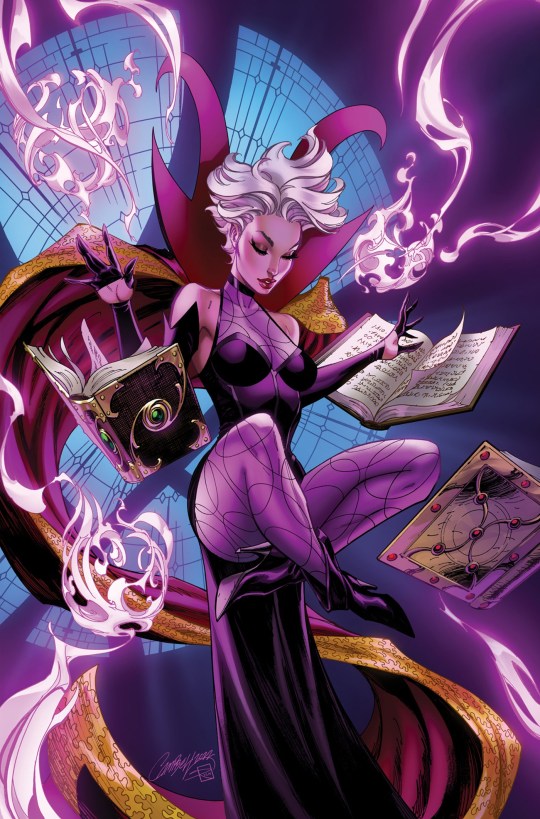 In the comics, Clea becomes Stephen’s equal when it comes to mastery of the mystic arts (Picture: J Scott Campbell/Marvel)

Later on, Clea became the ruler of the Dark Dimension, where she and Doctor Strange were married.

However, further down the line, Clea – who had returned to Earth with Stephen – went back to the Dark Dimension on their own to compete against Dormammu and Umar for the throne.

How many end credit scenes in Doctor Strange 2?

There are two post-credits scenes in Doctor Strange 2, the first of which – a mid-credits scene – features the arrival of Clea.

Doctor Strange is walking in the street when a portal to the Dark Dimension opens before him, and out walks a mysterious sorceress, who we know to be Clea.

Stephen experiences his fair share of madness in the multiverse in the sequel (Picture: Marvel Studios)

She informs him that his actions have triggered an incursion, which he must help to correct.

With his third eye now visible on his forehead – which he developed after using the Darkhold and dream-walking in the corpse of a Stephen from another universe – he and Clea walk through the portal together.

The end of the film confirmed Doctor Strange would return, so hopefully that means there’ll be much more of Charlize’s Clea to come.

The second post-credits scene paid homage to another one of Sam Rami’s films, copying a moment that took place with the same actor, Bruce Campbell, in Evil Dead II.

In Doctor Strange, Bruce plays a street vendor who, after insisting that America Chavez (Xochitl Gomez) pay for the pizza balls from his stand, is magically forced by Stephen to punch himself in the face repeatedly for three weeks. 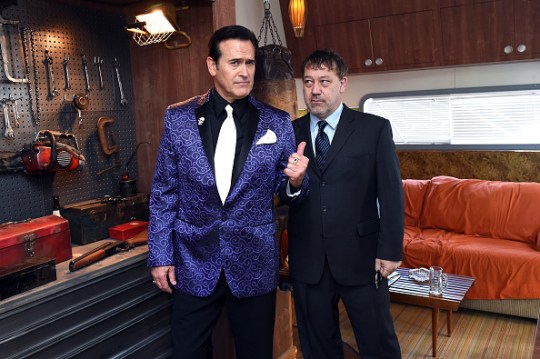 In Evil Dead II, Bruce’s character Ash Williams is also beaten by his own hand after it becomes possessed.

The actor has had several cameos in films by the director, including in the original Spider-Man trilogy.

Doctor Strange in the Multiverse of Madness is in cinemas now.