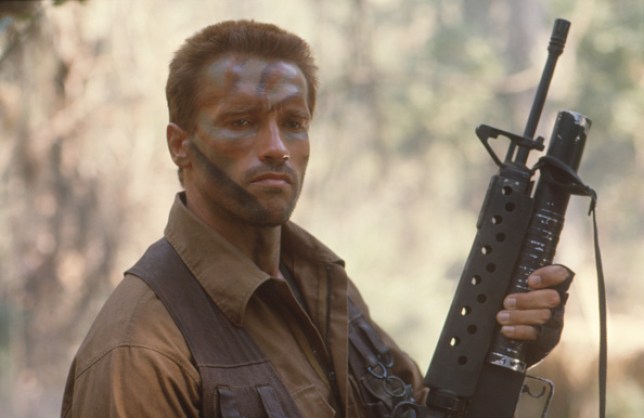 The writers behind Predator are suing Disney (Picture: Sunset Boulevard/Corbis via Getty Images)

The brothers behind iconic 1987 film Predator, so the reason for Arnold Schwarzenegger’s legendary ‘GET TO THE CHOPPER’ line, are suing Disney over the rights to the blockbuster.

Earlier this week James and John Thomas slapped Disney with a lawsuit in federal court, seeking confirmation of successfully recapturing rights to the franchise.

According to the pair, Disney’s hold over the copyright is set to expire this week on April 17 – however Disney has since responded by filing its own complaint against the brothers in order to retain it.

20th Century Fox – which is now owned by Disney – purchased the brothers’ script called Hunters, which was eventually released as Predator. The film was a box office success, with Arnie in the lead role of Major Alan ‘Dutch’ Schafer, and made nearly $100million (£72m) at the box office.

However, the brothers behind the story are fighting a roadblock from the company after attempting to utilise a certain termination provision of the Copyright Act which reverts rights back to the author – usually after 35 years for newer works.

It comes as the production company was eyeing up a fifth Predator instalment, according to previous reports, helmed by 10 Cloverfield Lane director Dan Trachtenberg. 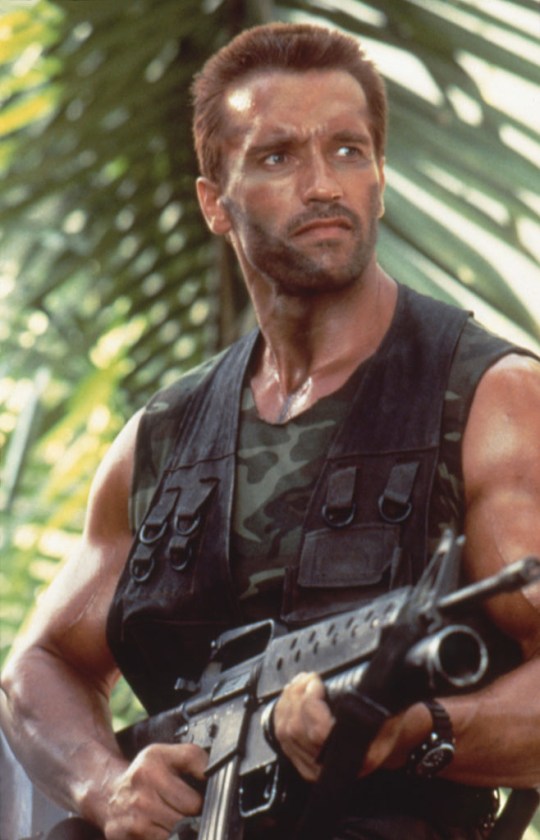 The filing from the brothers reads, as per Deadline: ‘In 2016, the Thomas brothers properly availed themselves of their right under Section 203(a) of the Copyright Act to recover the copyright to their literary material by serving and recording with the U.S. Copyright Office within the prescribed statutory window, a notice of termination with an effective termination date of April 17, 2021.’

According to the filing, the Thomas brothers – represented by Marc Toberoff – notified Disney of their intentions to seek copyright in 2016, claiming they didn’t receive any objection from Disney.

The filing went on: ‘Then, in early January 2021, Defendants’ counsel unexpectedly contacted Plaintiffs’ counsel, contesting the Termination Notice as supposedly untimely, based on a theory that the 1986 Grant of the Screenplay underlying their Predator films allegedly qualified for the special, delayed termination time ‘window’ in 17 U.S.C. § 203(a)(3), intended for ‘book publication’ grants.’

The brothers say they then served alternative notices of termination in line with later effective termination dates in June 2022 and January 2023.

In response, though, Disney has filed their own lawsuit against the brothers through litigator Daniel Petrocelli.

The complaint reads: ‘Defendants’ notices fail to comply with these statutory requirements and are invalid as a matter of law.

’20th Century seeks a declaration pursuant to 28 U.S.C. § 2201 that defendants’ notices of termination are invalid. This action is necessary because defendants are improperly attempting to prematurely terminate 20th Century’s rights to the Hunters Screenplay, at the very time that 20th Century is investing substantial time, money, and effort in developing another installment in its successful Predator franchise.’

‘There now exists between the parties an actual and justiciable controversy concerning the validity of Notice One and 20th Century’s and defendants’ respective rights,’ read the filing from Disney’s legal team.

A decade ago Petrocelli, on behalf of Warner Bros, went up against Toberoff over rights to Superman. Ultimately, Warner Bros prevailed.