Over 700 collectible items belonging to the late David Prowse, the actor behind iconic Star Wars character Darth Vader, are set to auctioned off next month.

Prowse died aged 85 last year following a short illness, having made his name playing the masked villain in A New Hope, The Empire Strikes Back and Return Of The Jedi.

In the wake of his passing, a host of his Star Wars-related possessions are going under the hammer in his hometown of Bristol. Suitably, the auction is set to take place on May 4. See the auction page here.

Included in the lots are his script for The Empire Strikes Back – with one particular scene removed to avoid spoilers – a piece of the cockpit from the Millennium Falcon, and a Darth Vader mask that the late actor is said to have worn at promotional events. 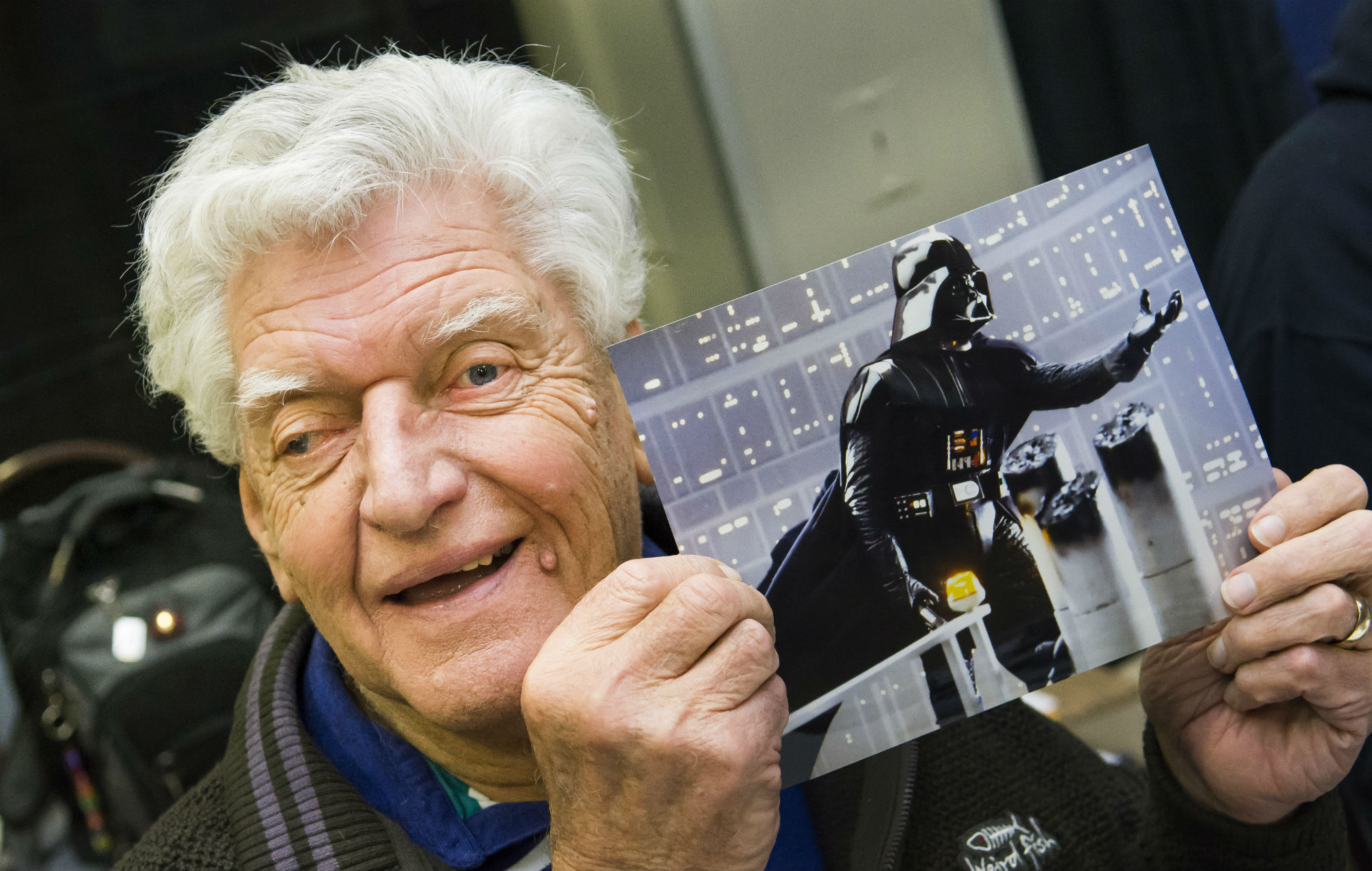 The auction is set to take place at East Bristol Auctions, and auctioneer Andrew Stowe commented: “When I was rummaging through the boxes from his house, every now and then I’d come across something special and it would send my brain racing.

“In one box I’d find his Empire Strikes Back script, in another I found an actual piece of the Millennium Falcon, then a little deeper down I’d find a letter from Peter Cushing.”

Of the script, Stowe added that his “spine tingled” when he first saw it, and explained the reason behind the omitted scene.

“The reveal – perhaps the most recognised moment in cinema history – was kept a big secret from most of the cast. As Prowse’s lines would be over-dubbed by James Earl Jones, he [Prowse] wasn’t privy to the secret,” he said, “so instead, he was given alternate dialogue which is considerably less dramatic. But that in itself makes this a unique piece of history.”

A percentage of the money raised from the auction is set to be donated to Alzheimer’s Research UK.

In the wake of Prowse’s death, tributes were paid from across the extended Star Wars universe and beyond.

Mark Hamill tweeted: “So sad to hear David Prowse has passed. He was a kind man & much more than Darth Vader.”