Tom Holland is mesmerising in his new film Cherry, as he takes one of his first forays outside the world of the Marvel Cinematic Universe.

Fans of the star will no doubt be tuning in to see how he takes on the role of the haunted army veteran in a movie that could not be more different to his past projects.

The pair begin with a sweet love story, which quickly turns sour after Cherry returns from deployment, haunted by the horrors he’s seen.

Directed by Greg and Anthony Russo, the brains behind Avengers: Endgame, Cherry is quickly gripping, shooting us head-first into our main character’s downfall, as we see him manically rob a bank.

From there, the gaps are slowly filled in, with the movie playing around with style, and dark humour at the beginning, which trails off towards the end as things get deadly serious for the characters. 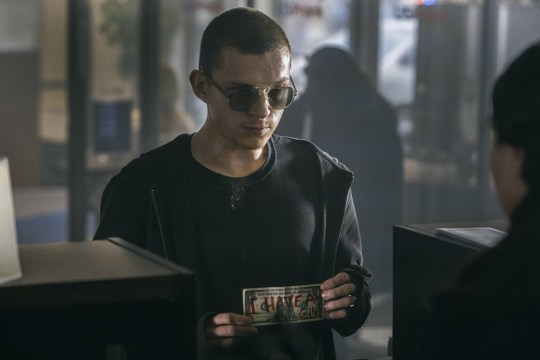 The movie is darkly funny in places (Picture: Apple) 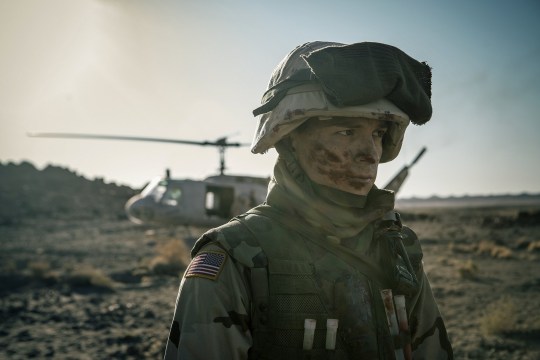 Some scenes will stay with you (Picture: Apple)

While it definitely could have been a good 20 to 30 minutes shorter (I love you Russo Bros, but please cut your movies down), it’s enthralling all the way through, especially at its most heartbreaking moments.

Tom is brilliant throughout, but particularly shines in the emotional moments, making the movie a full-on heart breaker at some points (albeit with an unexpectedly hopeful ending). 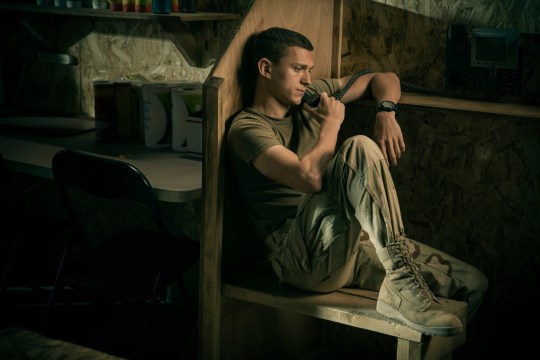 Without spoiling anything, there’s a scene during the character’s army days that is sure to stay with you long after the movie has ended.

Meanwhile, Ciara stuns in her performance as Emily, although it’s easy to feel like we were left not knowing all that much about her, despite much of the film relying on the connection between the pair.

Personally I would have loved to hear more about her backstory to make the romance, and the pair’s struggles, pack even more of an emotional punch.

Nevertheless, it’s still an absolute roller coaster of a movie, which captures your attention and emotions at every turn.

Cherry is released on Apple TV+ on February 26.