BRAD PITT may be on charismatic form, but this ultra-violent action thriller takes too many side routes and pit stops to be a satisfying trip.

Adapted from Japanese novel MariaBeetle — and directed by Deadpool 2’s David Leitch — the film centres on Pitt’s introspective, gun-avoidant assassin Ladybug, who is on a mission to collect a briefcase on a bullet train heading to Kyoto.

Brad Pitt may be on charismatic form, but this ultra-violent action thriller takes too many side routes and pit stops to be a satisfying tripCredit: Alamy

The film centres on Pitt’s introspective, gun-avoidant assassin Ladybug, who is on a mission to collect a briefcase on a bullet train heading to KyotoCredit: Alamy

However, he’s not the only one on board with their sights set on this particular MacGuffin, and soon several assassins find their operations begin to overlap.

Hints of Pulp Fiction and Lock, Stock And Two Smoking Barrels can be observed in the ensemble of disparate characters, but here they have almost cartoonish sensibilities.

If you forgive Henry’s inconsistent accent you might enjoy the frequent Thomas The Tank Engine metaphor he uses to decipher personalities and potential threats. 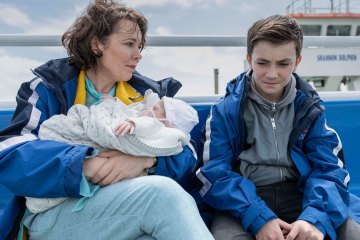 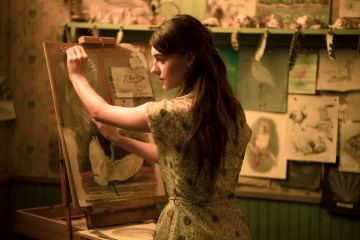 Joey King’s English accent for conniving schoolgirl assassin Prince doesn’t fare much better — and for the most prominent female character in the cast, the writing and performance are pretty one-note.

Pitt is pretty great while in full-on playful mode. He brings his boyish charm and navigates the humour and action as well as he’s done before in the Ocean’s franchise, Snatch and Inglourious Basterds.

But where Quentin Tarantino and Guy Ritchie (in his early days) managed to navigate the intricate plotlines of their crime thrillers and action films with finesse, Bullet Train’s over-reliance on flashbacks, new characters and subplots makes the story excessively convoluted and drags the pace.

To his credit, Leitch isn’t bad with a fight scene and he employs some kooky camera angles, slow-mo and fun props to add some visual humour to the action.

Ultimately though, Bullet Train is a patchwork quilt of bombastic ideas put together with a dodgy sewing machine.

YOU make your own luck, right?

Not if you’re Sam Greenfield, the unluckiest person in the world. 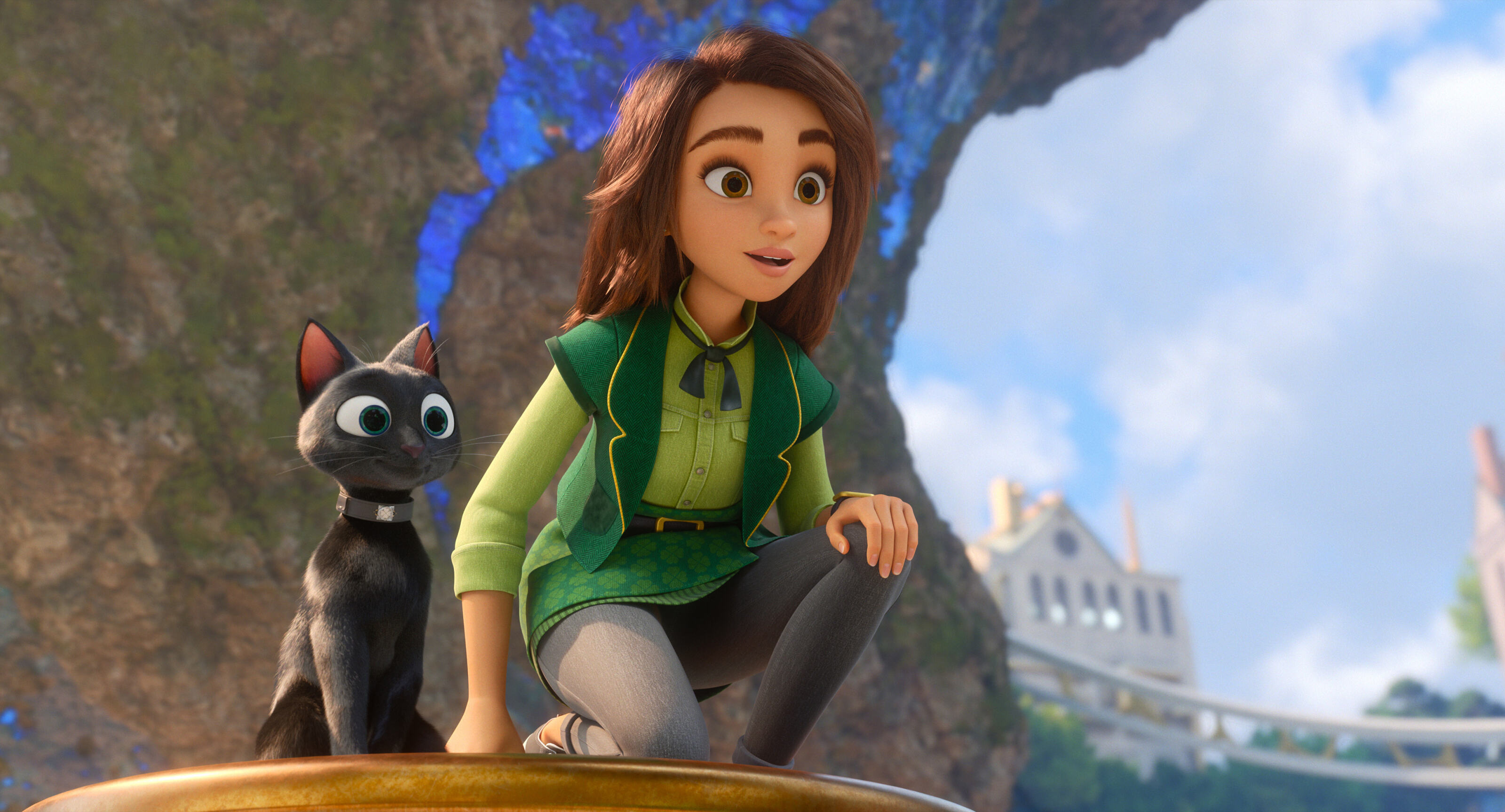 Sam Greenfield is the unluckiest person in the world in LuckCredit: Copyrighted

Sam (Eva Noblezada) is a lovely, kind, thoughtful teenager who we meet on her last day in the girls’ home she grew up in.

Having never been picked up by a forever family, she moves into a tiny apartment and gets a job in a shop.

But her first day at work shows how relentless her bad luck is, including toast falling jam-side down, bathroom doors jamming and her bike tyre being flat.

Sam is used to this life though, so she just carries on regardless.

Then a chance meeting with a talking cat called Bob (Simon Pegg with a Scottish accent), who drops a lucky penny which Sam pockets, changes everything.

After a day of excellent luck, Sam drops the penny. And in a desperate attempt to keep her newfound good fortune, she follows Bob to the Land of Luck, where magical creatures make the pennies. This is where the film loses pace – with a series of chases, leprechauns and dancing bunnies.

But if you’re up for sweet and silly, you’re in luck.

FADIA LOUBANI is a Palestinian refugee living in a UN camp in Lebanon who longs to return to her homeland.

But without citizenship she is no longer able to cross the nearby border. 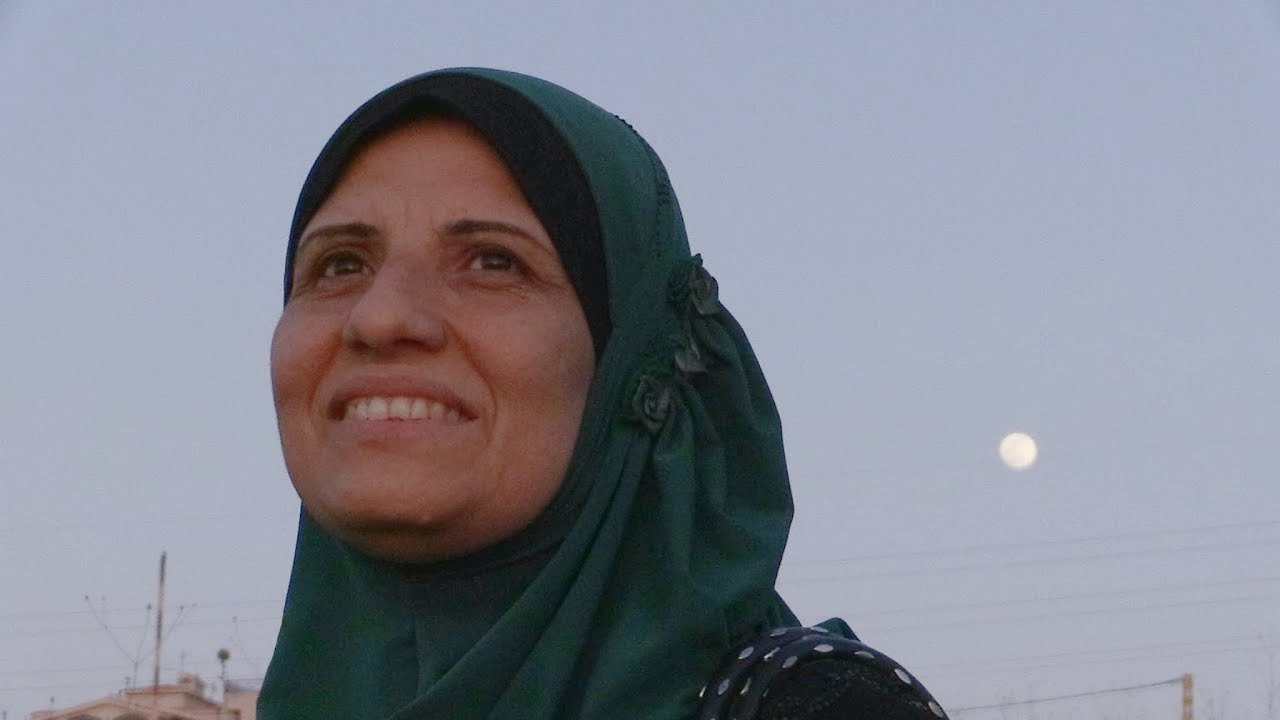 In this documentary we see her yearn for one particular spot in Palestine, beneath an ancient mulberry tree next to what was once her grandfather’s house in the village of Sa’sa’.

Her family had to flee there in 1948, so she sets filmmaker Sarah Beddington the task of locating and visiting the tree for her.

We see conversations between the two women, who have clearly developed a close and genuine friendship, as the director sets out to locate the spot.

And in doing so, she contrasts Fadia and her family’s exile – and that of the seven million other displaced Palestinian refugees – with the migrating birds  directly above who travel with no restrictions.

Politically and personally poignant, the pace is slow, which is fitting for the tenacity required (over several years) to complete the project.

And while the migratory bird’s eye-view concept can feel too pointed at times, it does offer a fresh way to consider the ongoing problems of the region.

Jason Momoa has revealed that Ben Affleck will be in the Aquaman sequel.

Plans for a new Batgirl film have been shelved by Warner Bros.

Jake Gyllenhaal is working on a remake of Road House.

Darius Syrossian prepares to go UNDER with this selection of music