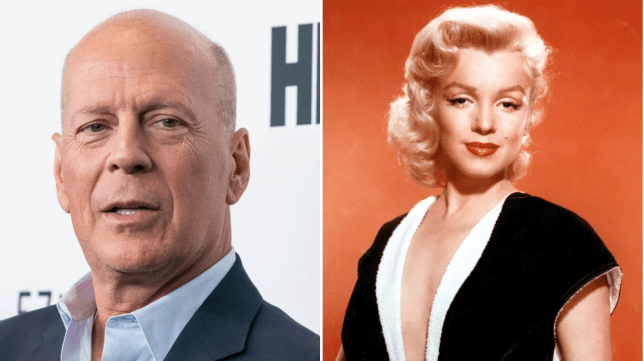 Advanced technology could allow Hollywood stars past and present to star alongside one another (Picture: Getty/Bettmann Archive)

Bruce Willis could feature alongside Marilyn Monroe in a Hollywood blockbuster with the magic of artificial intelligence.

The Die Hard star stepped away from acting earlier this year after being diagnosed with aphasia – a condition that affects language and speech.

Now, Bruce, 67, has become the first Hollywood star to sell his rights to the tech firm Deepcake, allowing his moving and talking image to be used in films and TV and for movie actors past and present to star on screen together.

As revealed in the documentary Tech To The Future, the groundbreaking deal paves the way for dead performers to be brought back to life, with Bruce previously ‘starring’ in a Russian phone advert with engineers attaching his digitally-created head to a human body double.

The documentary’s director Sandro Monetti has argued that the development could change Hollywood forever as Deepcake aims to become the biggest global talent agency.

He said: ‘They are thinking bigger than just using this tech for cool Instagram reels. 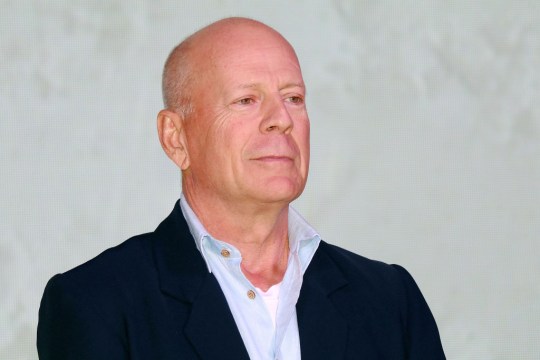 Bruce Willis has become the first actor to sell his rights to Deepcake (Picture: VCG/VCG via Getty Images)

‘Deepcake wants a large slice of the Hollywood money pie – and if it can get the rights to stars living and dead, they might well get it.’

He added that ‘this development upends the film’s industry’ and described it as a ‘new opportunity.’

‘Actors of today now have the chance to share the screen with classic idols like Cary Grant or Marilyn Monroe. If this tech had been available just a bit earlier, we could have seen Elvis in his own biopic,’ he added, after Austin Butler recently starred as the late singer in Elvis the movie. 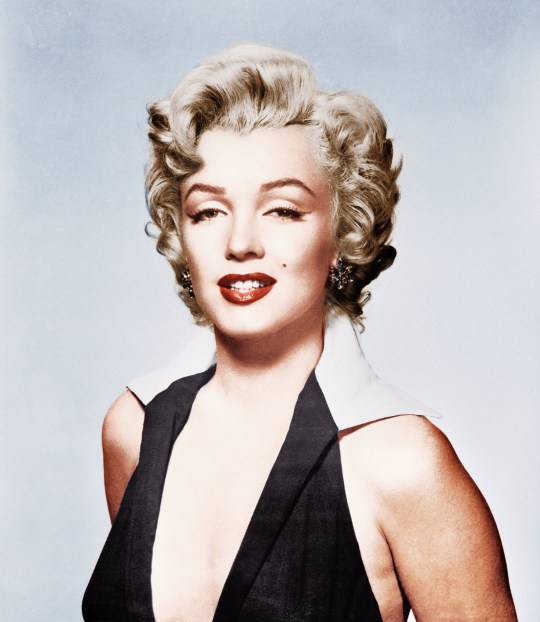 Actress Marilyn Monroe died in 1962, but could return to the screen thanks to AI (Picture: Bettmann Archive) 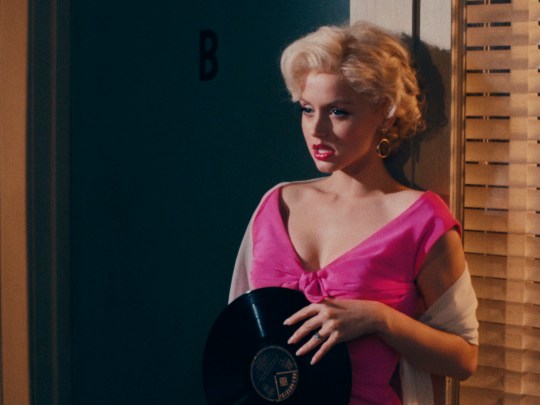 Deepcake CEO Maria Chmir has confirmed that talks are being held with film studios and the estates of late stars.

She said: ‘We create digital twins of celebrities and the actual production process doesn’t require the physical presence of a celebrity on stage. It means comics like Charlie Chaplin and Kevin Hart can interact in one frame now.’

This isn’t the first time AI technology has made headlines recently, as it has also been confirmed that James Earl Jones, the voice of Darth Vader, has signed over the rights for his voice to be used in future projects. 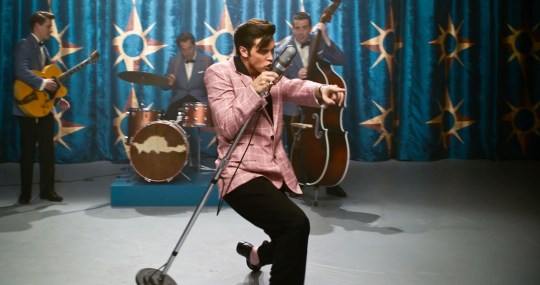 Austin Butler recently starred as Elvis Presley, but new AI tech could allow the star to play himself in the future (Picture: Alamy Stock Photo)

Creator Matthew Wood told Vanity Fair that the actor – who first voiced the Star Wars villain in 1977 – signed off on using his archival voice recordings to ‘keep Vader alive.’

So, even after his death, the 91-year-old has given his blessing for Respeecher to recreate and reuse his voice in all future Star Wars films.

As for Monroe, the life of the Hollywood icon has been a talking point over recent weeks following the release of biopic Blonde.

Ana de Armas’ portrayal of the late actress has received rave reviews but, if this advanced new AI technology is anything to go by, she could be returning in virtual form to play herself in the future.