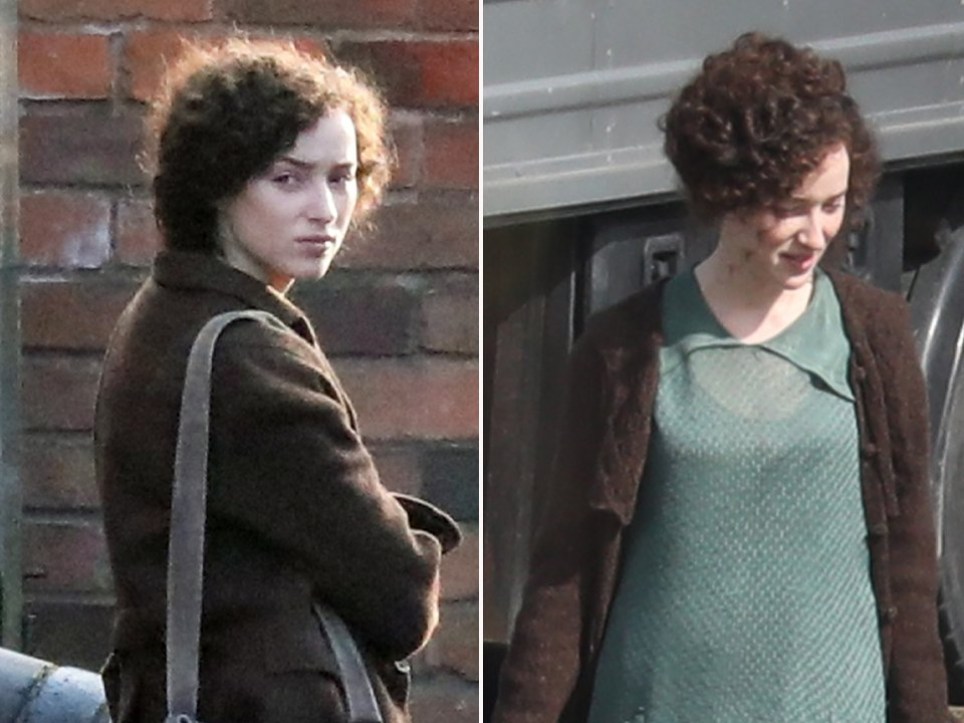 Phoebe Dynevor looks worlds away from Bridgerton as she sports brunette curls and a baggy brown cardigan during filming for The Colour Room.

The 25-year-old actress is taking on the role of Clarice Cliff in the Sky Original drama based on the real life pottery pioneer, and she looked the part in between takes during a shoot with co-stars Darci Shaw and Matthew Goode.

It’s not quite the regal surroundings of her breakthrough Netflix role, but Phoebe looked happy and focused on location at the Black Country Museum.

With her hair in curls and minimal makeup – which fits the series’ 1920s setting – the star could be seen wearing a teal top and brown skirt, rounding off her costume with a pair of black boots.

Of course, with all the current Covid-19 restrictions in place, she had also been spotted wearing a mask as she arrived on set.

Phoebe previously revealed just how excited she is to be involved in the project, which tells the story of ceramic artist Clarice, and how she was a real force in the pottery industry in Stoke-On-Trent. 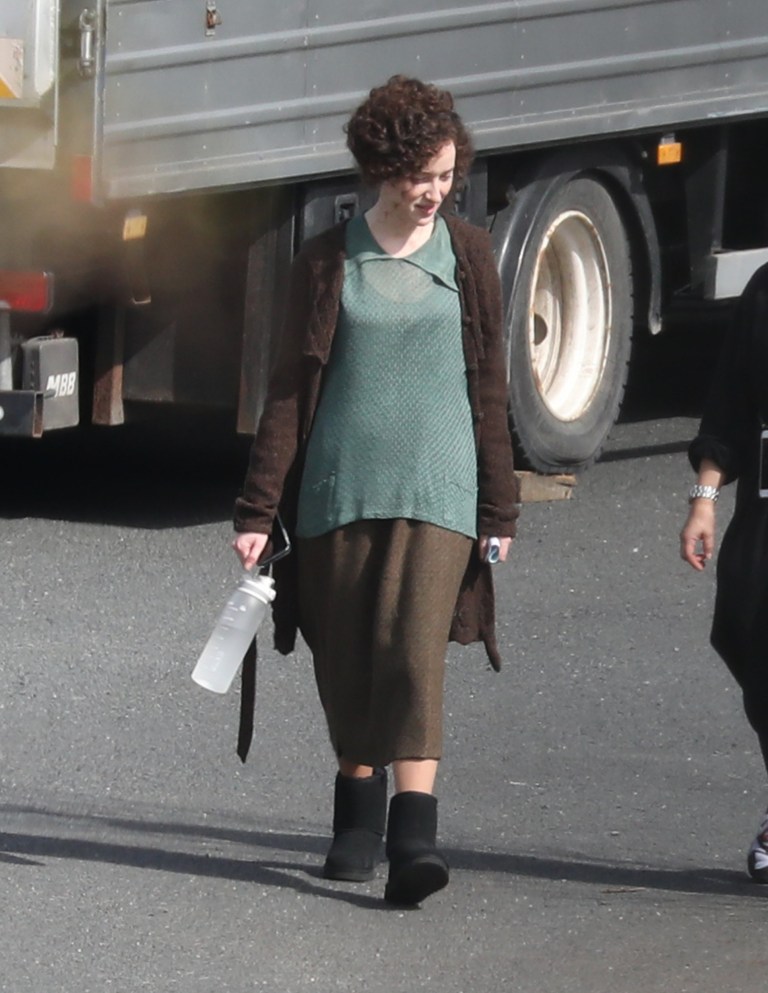 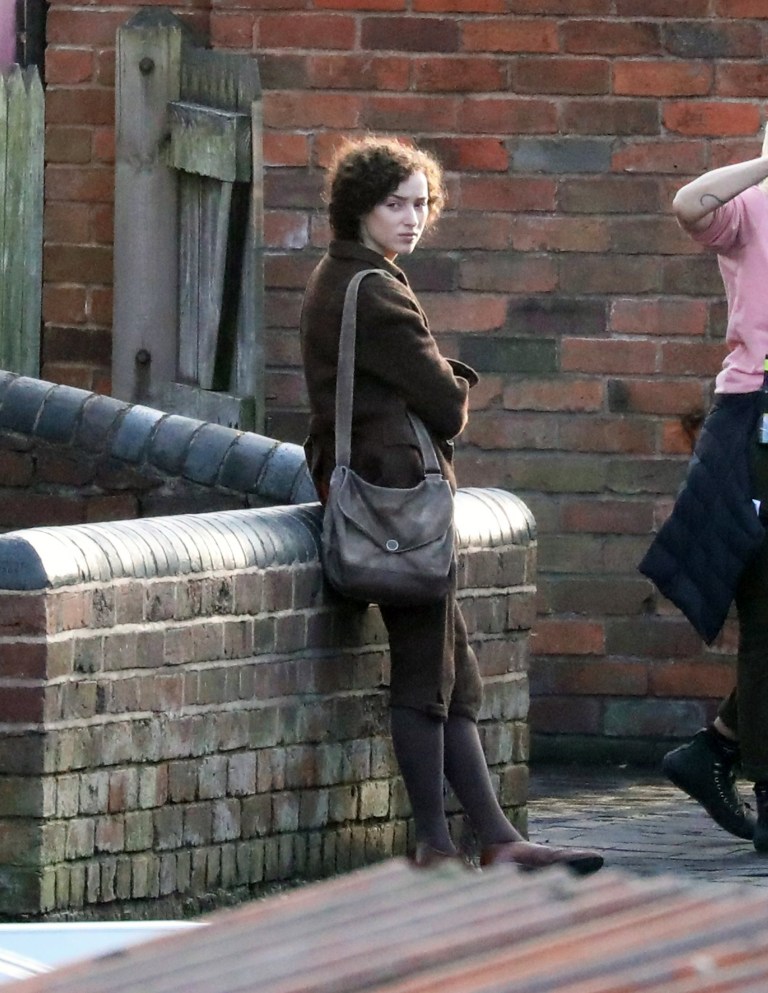 She sported brunette curls and a baggy cardigan on the set of The Colour Room (Credits: Splash News) 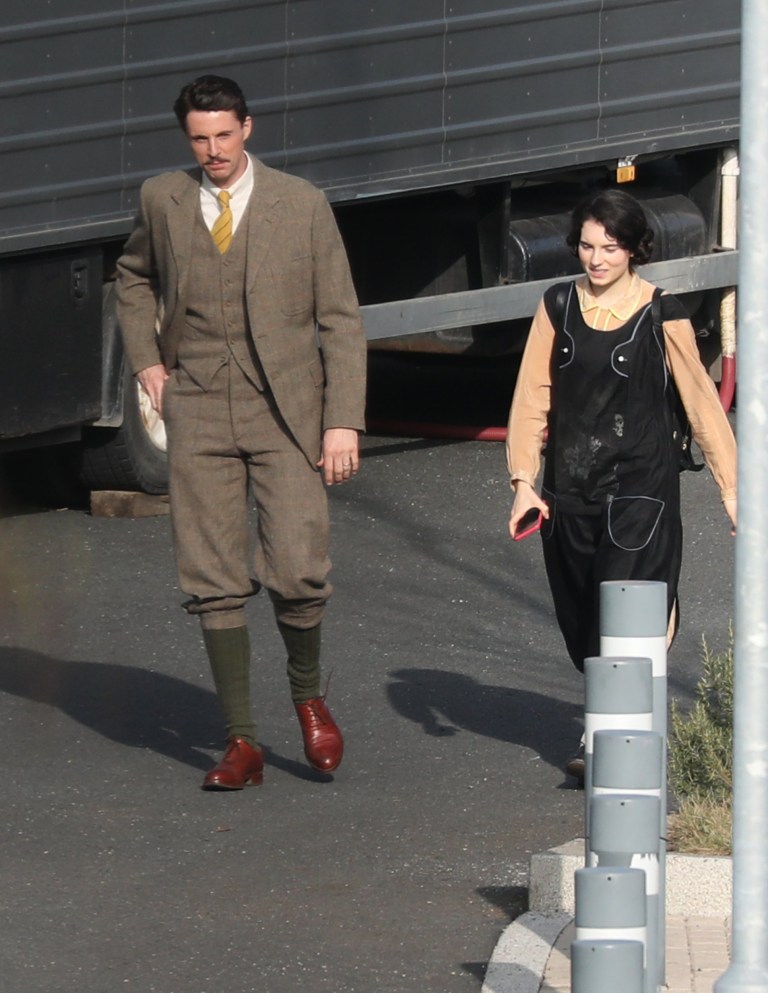 Mathew Goode And Darci Shaw could be seen sharing a joke as they arrived on set (Credits: Splash News)

She recently said: ‘I am so excited to be joining the cast of The Colour Room, especially in the role as one of the nations most celebrated artists, Clarice Cliff. It’s truly such an honour to take on such a remarkable character.

‘The script is a beautifully written contemporary take on the 20th century, and I feel proud to be working with such a strong female team, both in front and behind the camera…

‘I look forward to telling Clarice’s story and of course working with Matthew too.’

Matthew will be appearing as factory owner Colley Shorter, who was impressed by her obvious talent.

Meanwhile, Phoebe is set to return as Daphne for season two of Bridgerton but – deep breath – the same isn’t true for her co-star Rege-Jean Page, who played the Duke of Hastings. 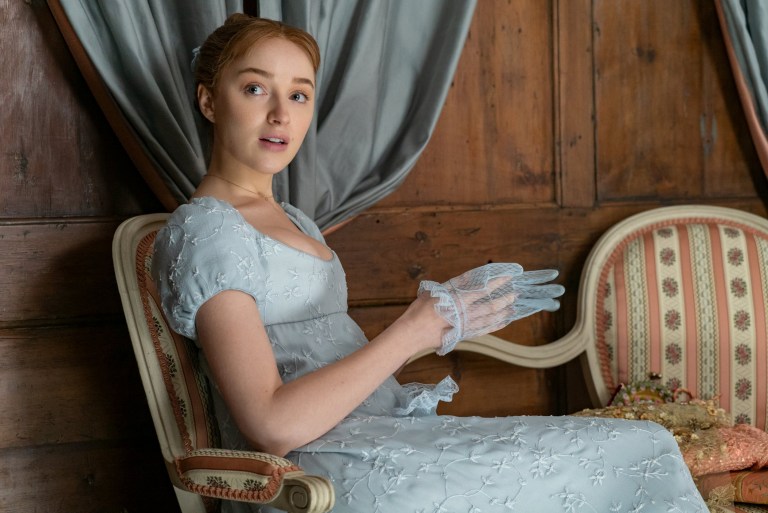 The costume was a world away from her Bridgerton look (Credit: Liam Daniel/Netflix)

Last week, Netflix announced the news with a message from the elusive character Lady Whistledown, which read: ‘Dear Readers, while all eyes turn to Lord Anthony Bridgerton’s quest to find a Viscountess, we bid adieu to Regé-Jean Page, who so triumphantly played the Duke of Hastings.

Rege-Jean shared a sweet message, writing: ‘Pleasure and a privilege! An honour to be a member of the family – on and off screen, cast, crew and incredible fans – the love is real and will just keep growing.’

Explaining the reasons behind his exit, the actor recounted early conversations with producers, telling Variety: ‘It’s a one-season arc. It’s going to have a beginning, middle, end – give us a year.

‘[I thought] “That’s interesting,” because then it felt like a limited series. I get to come in, I get to contribute my bit and then the Bridgerton family rolls on.’

My ‘Person Is Out There’ After Kelley Flanagan Split