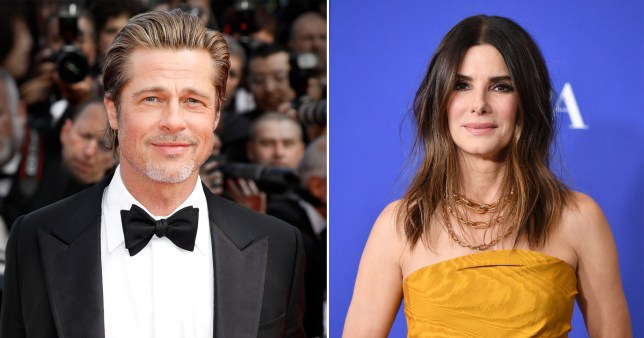 Brad Pitt and Sandra Bullock will finally share the screen together in Bullet Train (Picture:Getty)

Brad Pitt and Sandra Bullock have been friends for decades but the Hollywood icons are only starring in their first movie together now.

It was previously announced that Brad, 57, was set to star in action blockbuster Bullet Train, which is based on the popular Japanese novel Maria Beetle by bestselling author Kotaro Isaka.

Well, he’ll be in great – and familiar – company as Speed actress Sandra, 56, is set to join him, according to Deadline.

It may come as a surprise that Sandra and Brad have never shared the screen together considering they have so many A-list celebrities in common. Sandra is close friends with Brad’s ex-wife Jennifer Aniston, as well as George Clooney, who has starred alongside Sandra in Gravity and with Brad in Ocean’s 11.

Cate Blanchett is also a mutual friend after working with Sandra on Ocean’s 8 and with Brad in The Curious Case of Benjamin Button and Babel.

How’s that for six degrees in Hollywood?

Bullet Train is expected to follow a group of hitmen and assassins with conflicting motives, who find themselves on the same train in Tokyo. 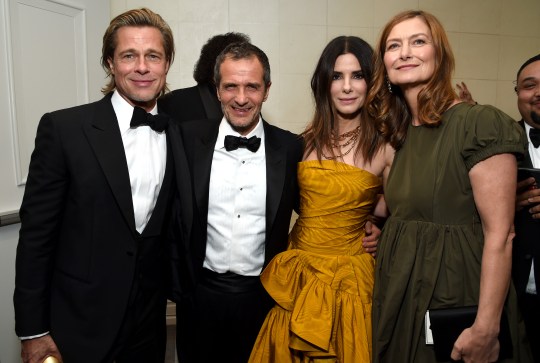 Brad (left) and Sandra (third) have mixed in the same circles for years (Picture: Getty Images)

It’s interesting that Sandra has been attached to the project as Sony Pictures previously compared the film’s tone to her iconic blockbuster Speed, which was set on a bus and saw her star alongside Keanu Reeves. Bullet Train has also drawn comparisons to Non-Stop, the Liam Neeson thriller set on a plane.

An English translation of the novel Mariah Beetle is expected to be published in 2021 and will no doubt drum up anticipation for the movie adaptation.

Sandra was last seen on-screen in Netflix’s 2018 hit Bird Box, which spawned a thousand memes and has enjoyed renewed interest during the coronavirus pandemic.

A release date for Bullet Train is yet to be announced.