Bill Nighy might just be one of the only actors to have never actually been in character.

The British acting legend, who has starred in iconic flicks like Love Actually, The Boat That Rocked, and About Time, has revealed that, despite the many actors who rave about method acting and staying in character 24/7, he never has any trouble shedding his characters.

Chatting to Metro.co.uk about his new film, Living, Bill explained: ‘It’s just work. I don’t mean to say that in order to diminish it, you’re not required to experience all these things, you’re just required to act them. Obviously, that’s what acting is!

‘It can be quite tiring but not emotionally tiring, it’s not like you have to feel this stuff. You have to kind of bogusly trigger your sensibility sometimes, or your tear ducts, to kind of trick them so you can give the appearance of someone who’s going through something. That’s my job. So I don’t have any difficulty, I’ve never had any difficulty.

‘I’ve got to an age where I’m allowed to say certain things that you used to have to kind of not when you were younger, for instance being in character. It’s a kind of joke but on the other hand it’s not, which is to say that if you ask me how to get into character, I’ve never knowingly been in character in my life. I’ve heard great things about it but it’s outside of my experience. 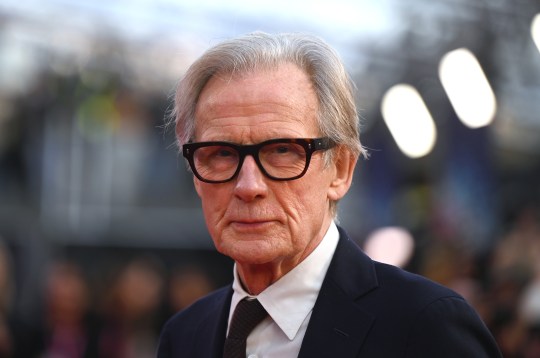 Bill got real about acting – and why he’s never been in character (Picture: Stuart C. Wilson/Getty Images for BFI) 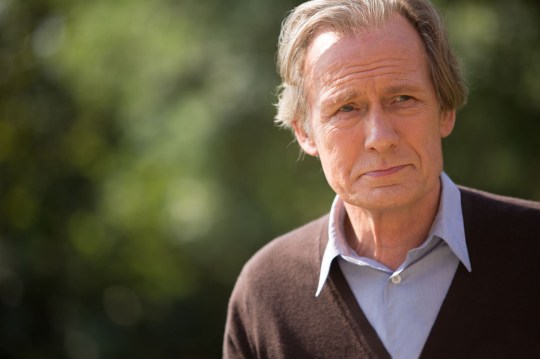 Bill has played some incredible characters, including in the film About Time (Picture: Moviestore/REX/Shutterstock)

But that doesn’t mean his films don’t affect him (even if he refuses to ever watch them back).

Living, written by the renowned author, Sir Kazuo Ishiguro, follows a man who receives a medical diagnosis that forces him to cram some fun into his remaining days – aided by a sunny young female colleague, played by Aimee Lou Wood. 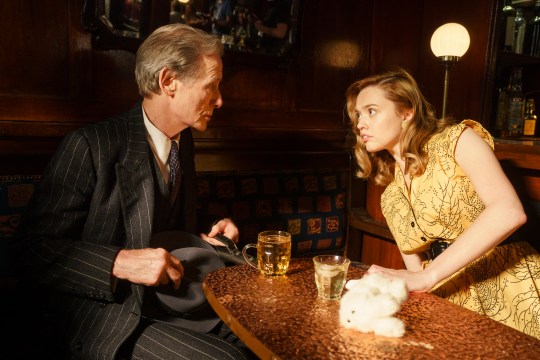 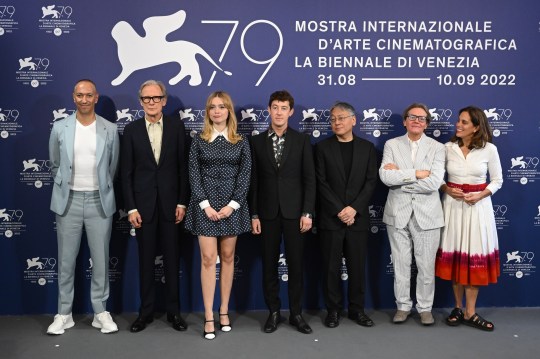 ‘I hope it resonates with a lot of people,’ Bill reflected, adding that the theme of procrastination particularly resonated with him. ‘I procrastinate – I’m pretty good.’

‘There were certain things – it’s a big story, a big, important story, and it has those two elements, mortality and procrastination. You can’t get bigger than that. Early signs suggest that it’s inspirational. And people aren’t depressed by the film, they are in fact uplifted, I think they come out thinking – several people have said, “This is going to stay with me.”

‘I think they mean is they’re going to try to do something about it. I hope it inspires people.’

Living is in cinemas now.

Chelsea vs Arsenal: Aubameyang out to bite Arteta’s title chances but points priority for Potter in evolving rivalry