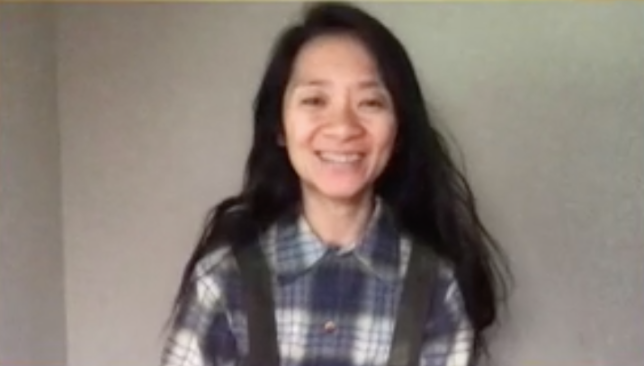 Chloe is the first Asian woman to win best director at the Baftas (Picture: BBC)

Chloe Zhao is ‘very honoured’ to be the first Asian woman to win best director at the Baftas.

Zhao has become the first Asian woman, and only the second woman after The Hurt Locker director Kathryn Bigelow, to win the Bafta for best director for the film Nomadland.

Speaking about the significance of her win to Metro.co.uk and other press, she said: ‘I feel very honoured. I love doing what I do and if this means more people like me get to live their dreams, I’m very grateful.’

Her win came in a landmark year where four women – Sarah Havron, Shannon Murphy, Jasmila Žbanić and Zhao – were nominated for best direction, and she said: ‘It’s about time, it’s great. More, please.’

Nomadland also beat The Father, The Mauritanian, Promising Young Woman and The Trial of the Chicago 7 to be named Best Film, with Zhao and producers Peter Spears, Mollye Asher and Dan Janvey all celebrating over Zoom.

Due to the crew being in the States, they were accepting their award at around 10.30am in Los Angeles, with Spears saying he would be celebrating with ‘bagels, lox, coffee and orange juice’. 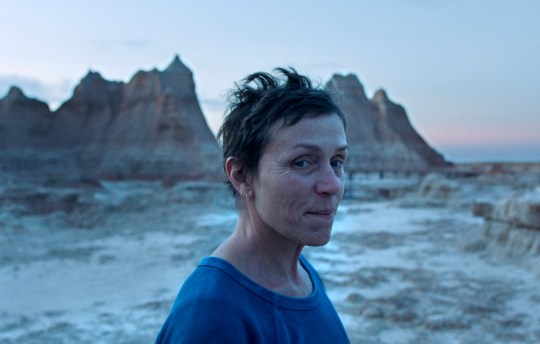 Janvey joked that his big party would be a rather British binge, quipping: ‘I have one episode left in season two in The Great British Baking Show.’

She said: ‘I don’t know about today but tomorrow morning I’ll very hungover.

‘It’s never too early to be drunk in California. I’ll be having orange juice with a little something in there.’

Other big winners at the Baftas included Promising Young Woman, which was named outstanding British film and best original screenplay for Emerald Fennell.

Best film not in the English language

Outstanding debut by a British writer, director or producer