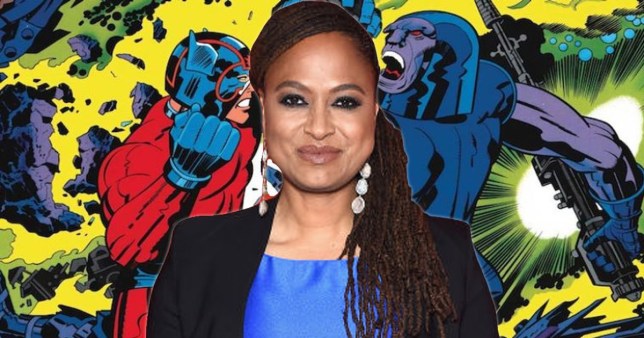 Ava DuVernay has expressed her sadness after Warner Bros shelved her film based on the DC Comics series New Gods.

The director, 48, had been working with comic book writer Tom King on the project since 2018, but Warner Bros has since announced it will not be going forward with the movie.

A planned spin-off for Aquaman, The Trench, has also been cancelled.

In a statement, the film studio and DC Films said: ‘As part of our DC slate, some legacy development titles including New Gods and The Trench will not be moving forward.

‘We thank our partners Ava DuVernay, Tom King, James Wan and Peter Safran for their time and collaboration during this process and look forward to our continued partnership with them on other DC stories.

‘The projects will remain in their skillful hands if they were to move forward in the future.’

Taking to Twitter, Ava revealed she had been left devastated that her project will no longer be going ahead.

Tom, I loved writing NEW GODS with you. Iâm upset that the saga of Barda, Scott, Granny, Highfather and The Furies ends this way. Diving into Kirbyâs Fourth World was the adventure of a lifetime. That canât be taken away. Thank you for your friendship. And remember… #DarkseidIs pic.twitter.com/XyyIjcB8Wv

Sharing a picture of her alongside co-writer Tom, she said: ‘Tom, I loved writing NEW GODS with you. I’m upset that the saga of Barda, Scott, Granny, Highfather and The Furies ends this way.

‘Diving into Kirby’s Fourth World was the adventure of a lifetime. That can’t be taken away. Thank you for your friendship. And remember… #DarkseidIs.’

Tom later replied: ‘Ava! I’m so incredibly proud of the work we did, it was such a joy seeing you bring your passion and talent to these characters. 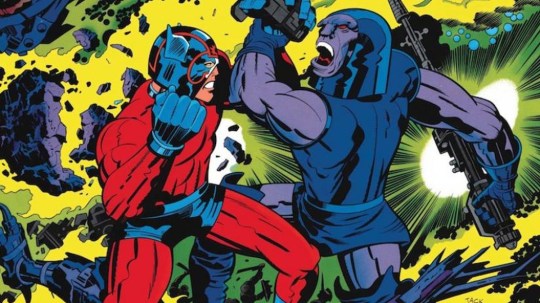 The New Gods star in their own DC Comics series (Picture: DC Comics)

‘I really felt Kirby’s legacy was being honoured here and I wish we could’ve kept going. That one Barda/Scott scene where… damn.’

Although New Gods and The Trench have been axed, DC Films is said to be ‘leaving the door open to revisit these properties in the future’, according to The Hollywood Reporter.

The publication also added that ‘insiders note that when it became clear the upcoming DC slate did not have a natural spot for New Gods or The Trench over the next few years, execs believed it was best not to leave the filmmakers hanging in development without a clear end in sight.’

The New Gods are a fictional race who have appeared in their own eponymous comic book published by DC Comics since 1971.

They have also appeared in other selected DC titles, and featured prominently in the 2017 film Justice League.

Falcon and The Winter Soldier: Who is Black Panther character Ayo?