‘Welcome to my “herm”,’ declares Jennifer Hudson, adopting a faux Queen Elizabeth accent as she ushers Metro into her LA mansion, via Zoom.

‘You are in my living room,’ she continues, waving gold and crystal-studded pointed nails around a white, ballroom-sized crib stuffed with purple orchids.

‘You can see my piano,’ she says, settling herself down, resplendent in yellow silk Dolce & Gabbana loungewear, ‘and my harp’, indicating a full-sized golden harp by the window.

‘Gosh, can you play that?’ I ask, a bit overawed by such full-on Hollywood glamour.

‘No, baby, I can’t! But I can look at it!’ guffaws Hudson, back in her real voice. ‘I am a musician so I actually have tons of instruments around the house ready for those that can when I have rehearsals. The only thing I can play a bit is the piano.’

Obviously, she’s not just any musician.

A double Grammy winner/award-winning actress who Time magazine last year named one of the 100 most influential people in the world, J.Hud had four hours of piano lessons a day as part of portraying Aretha Franklin in the new biopic Respect. 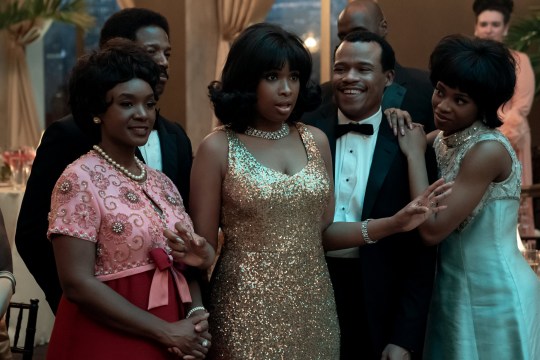 The story takes us from Aretha’s childhood singing in gospel choirs for her preacher father (Forest Whitaker), through her awakening to civil rights activism and then her struggle to become a hit-making soul singer with the help/hindrance of her abusive husband/manager Ted White (Marlon Wayans).

It’s a role 39-year-old Hudson was destined to play.

Her star was born when she stormed her American Idol audition with Franklin’s Share Your Love With Me. And after becoming the youngest African-American to win the Academy Award for best supporting actress for her 2006 screen debut Dreamgirls, Hudson was summoned to breakfast at The Ritz-Carlton Hotel. Aretha Franklin was there, swathed in her trademark fur coat.

‘I was a ball of nerves, I was so, so nervous,’ Hudson recalls. ‘Here I am sitting at the table with the Queen Of Soul and she was like, “You not gonna eat? You shy or something?!”’ 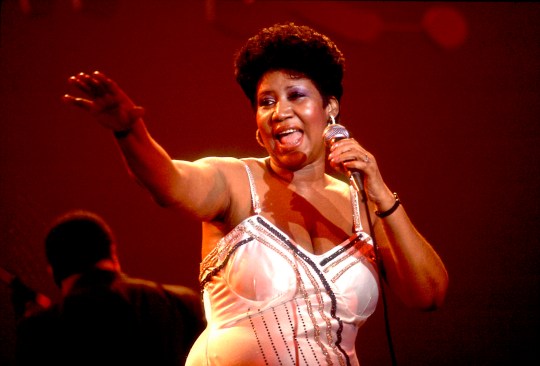 Jennifer enjoyed weekly phonecalls with the Queen of Soul until her death in 2018 (Picture: Paul Natkin/Getty Images)

The two women struck up a friendship, speaking weekly on the phone right up to the day Franklin died from pancreatic cancer in August 2018.

‘I still can’t believe I was one of the last people to speak to her,’ says Hudson. ‘I so miss hearing from her’.

The one thing Hudson never asked was why Miss Franklin (as she used to call her) picked her for the role. She now believes she knows the answer.

‘I feel I used my pain to tell her story and I think that is what she saw, beyond the singing and the acting,’ she says.

In 2008 Hudson’s mother, brother and nephew were killed in a shooting in Chicago. This tragedy made Respect’s powerful scenes, where an alcoholic Franklin hits an all-time low and sees a vision of her much-loved deceased mother, particularly acute.

‘It didn’t register with me until I was in the middle of those scenes that I don’t think I would have been able to tell her story with so much depth and vulnerability without my own life trials,’ she says.

Yet the ‘toughest challenge’ of Respect, Hudson tells me, was figuring out how to approach the vocals.

‘Like, do they expect me to sing like Aretha?’ she says. ‘Because who can do that? In which case, do they want me to sing like me? What is expected of me? Miss Franklin said she wanted me to do this so that made me wonder, am I supposed to approach it just as myself or her?’

After much soul-searching, Hudson found a solution.

‘It ended up being about how we blend the worlds,’ she says. ‘I use elements of me and my artistry but this is not led by Jennifer Hudson the singer or Jennifer Hudson the fan who knows the material. In this I am an actress first and then the character sings.’

Is another Oscar is in the offing?

‘Ooh, child, we will have to cross that bridge when we get to it,’ smiles Queen Jennifer. ‘But to play Aretha Franklin, what could top that? That is like every singer’s dream. I know it was mine.’

Respect is out on Friday in cinemas 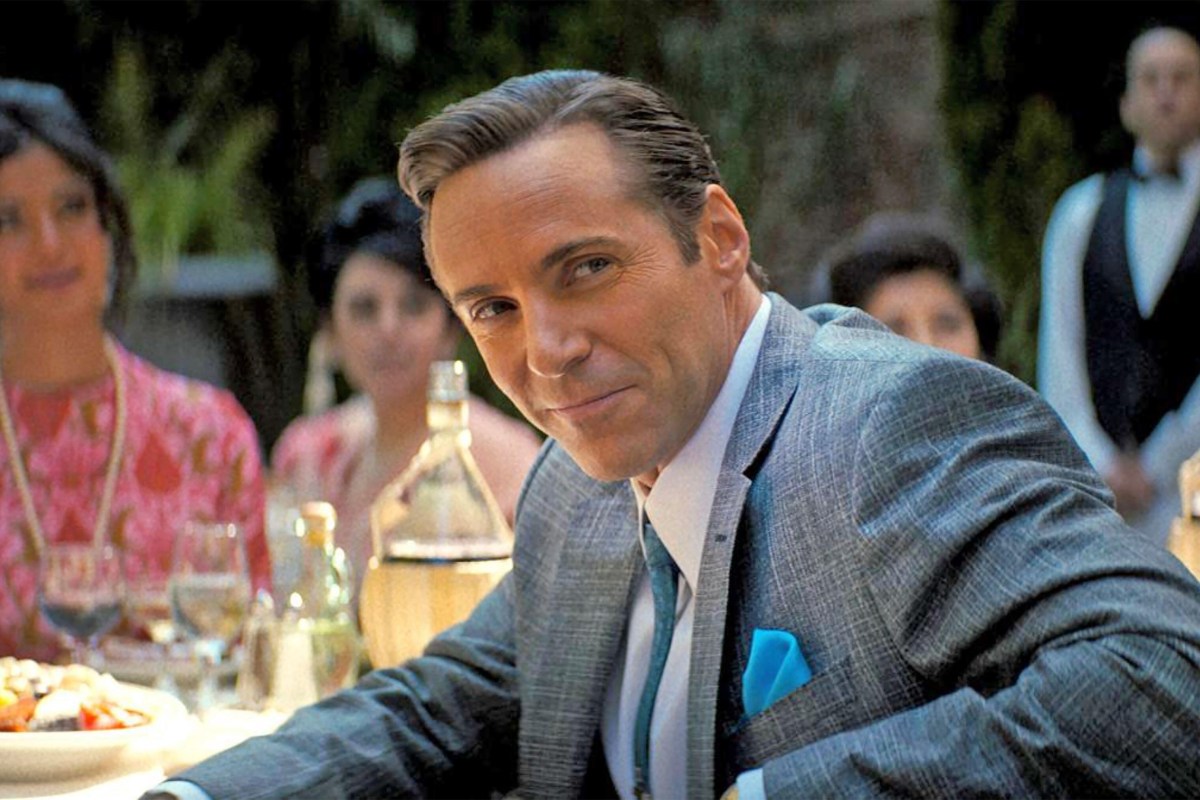