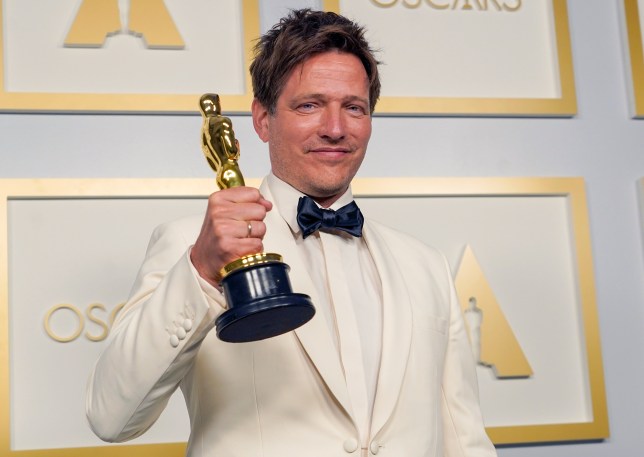 Thomas Vinterberg’s Another Round won at the Oscars (Picture: Getty Images)

Another Round director Thomas Vinterberg has defended the remake of the movie, which Leonardo DiCaprio is slated to star in, despite the backlash.

Mads Mikkelsen starred in the original Danish version of the movie, which has not yet been released in the UK.

However, according to Deadline, Leonardo is set to take on the leading role in a new remake of the film, with many fans puzzled at the decision.

Despite the very lukewarm reception, Oscar-winner Thomas, who will not be involved in the film, has defended it, saying: ‘Now it’s in the hands of the finest actor you can get and besides being a brilliant actor, he’s made very intelligent choices throughout his career.

‘I feel there’s a lot of integrity in the choices he’s made. I’m full of hope and curiosity about what they’re up to.’

He added to IndieWire that he’d would be meeting with Appian Way, who has picked up the rights to the movie, but he will not be directing.

‘This is all new to me. So I’ll discuss this with them, and we’ll see,’ he said.

Thomas added that he doesn’t believe Mads will reprise his role, pointing out: ‘I don’t know if Mads would do such a thing,’ and explaining that he imagines the creative team will want a ‘different interpretation’.

Another Round follows four friends, all high school teachers, who test a theory that they will improve their lives by maintaining a constant level of alcohol in their blood.

The movie saw success at the Oscars, winning best international feature film, while Thomas was also up for best director, which Chloe Zhao ended up winning for Nomadland. 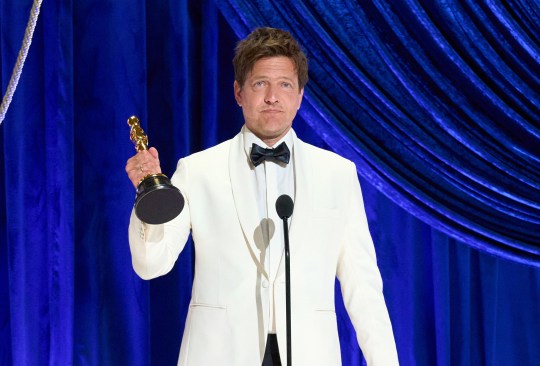 He dedicated a tearful tribute to his late daughter (Picture: Getty Images)

The director gave the most emotional speech of the night, as he dedicated a tearful tribute to his late daughter Ida.

‘Four days into shooting, the impossible happened,’ he recalled. ‘An accident on a highway took my daughter away, someone looking into a cell phone. And we miss her and I love her.’

Ida was due to make her screen debut in Another Round playing Mikkelsen’s teenage daughter but was never able to fulfil her dream due to her death.

Thomas revealed: ‘Two months before it, we shot this movie, and two months before she died, she was in Africa. She wrote me a letter, she had just read the script and she was glowing with excitement. She loved this, she felt seen by this, she was supposed to be in this.’

The director continued: ‘If anyone dares to believe she’s here with us now, you’d be able to see her clapping and cheering with us. We ended up making this movie for her as her monument.

‘So, Ida, this is a miracle that just happened, and you’re a part of this miracle. Maybe you’ve been pulling some strings somewhere, but this one’s for you.’

Another Round (Vinterberg’s version) is set for release in the UK on July 2.

Teen, 18, charged with having imitation firearm after ‘shooting at tutor’ in horror attack