Adam Samberg has told NME his theory behind the ambiguous ending to hit time-travel comedy Palm Springs, out on Amazon Prime Video in the UK today.

Directed by Max Barbakow and written by Andy Siara, Palm Springs follows carefree Nyles (Samberg) and reluctant maid of honour Sarah (Christin Milioti) who have a chance encounter at a wedding. Things then get complicated as they are unable to escape the venue, themselves, or each other due to an infinite time loop.

The film’s ending sees Sarah go into a cave with explosives, preparing to put into action her complex plan to end their enforced repeating existence. Drinking alone in a bar, Nyles decides to leave with her and rushes to the cave, professing he would rather die with her should the plan fail, than remain in the loop alone.

Sarah reciprocates his feelings, and they kiss while she presses the detonator. 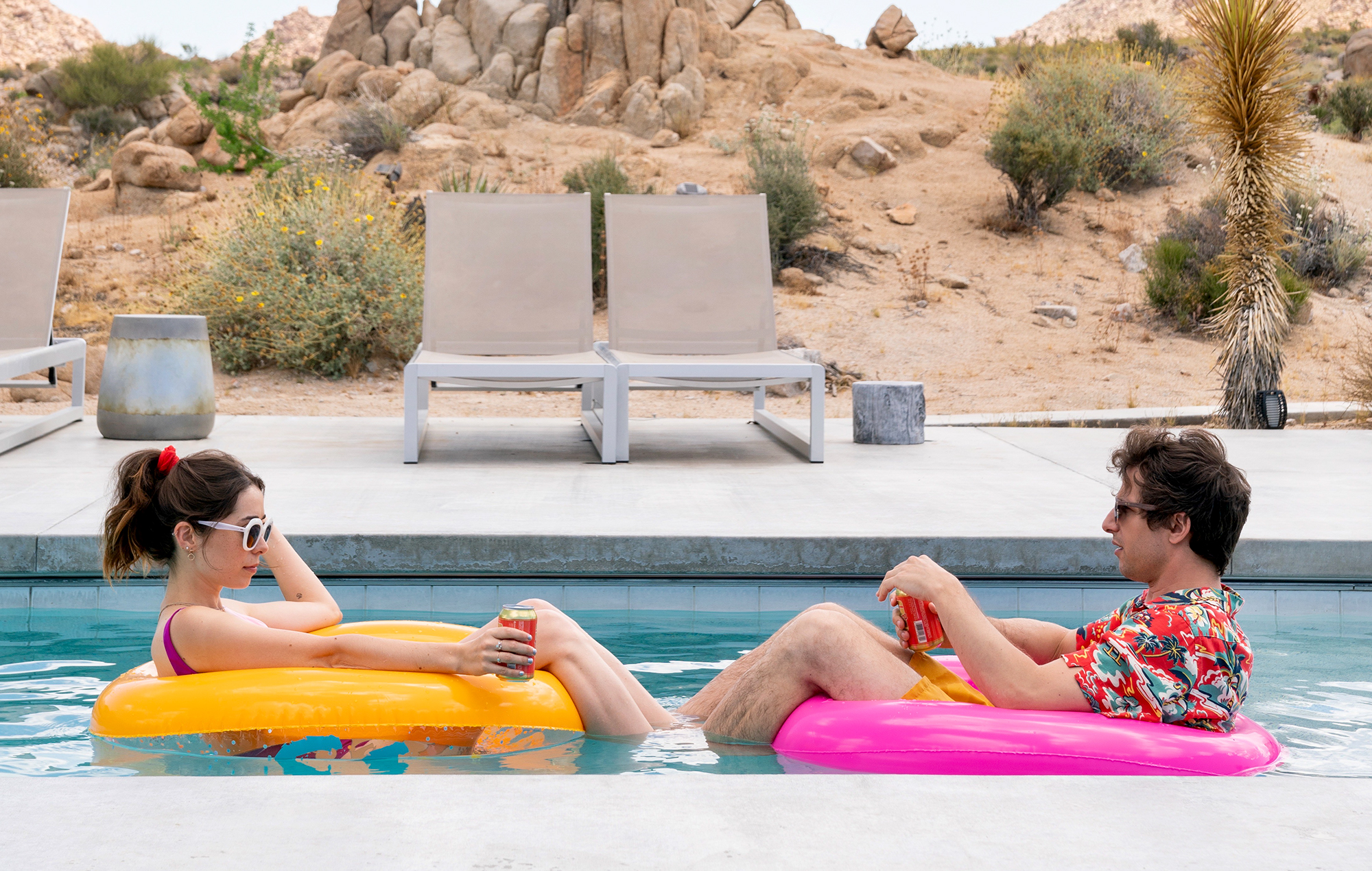 Later, Nyles and Sarah wake up, lounging in a vacant pool when the home owners show up. It is assumed their plan worked – but Palm Springs leaves the finale in an ambiguous state. Have the duo finally escaped the time-loop, or are we watching another repeated day in their monotonous existence?

Speaking about the Palm Springs ending, Samberg told NME (in an interview you can watch above) that it is open to interpretation.

“Obviously the variations that could be interpreted are is they got out and now they’re moving forward, they are somewhere else now, maybe another dimension or another version of reality or they didn’t make it and we’re seeing something entirely else,” he said.

“And I won’t say which one I think it is but I will also say I’m fine with all of them because to me the important thing is they decided to walk into that cave together and take the leap together and go for it. That’s what the whole movie is about in my opinion. That was also why we felt like leaving it slightly open to interpretation at the end was fine with all of us because the story itself and the emotional arc they go on is resolved in a way that was satisfying to all of us.”

The film arrives on Amazon Prime Video in the UK today, but when it was first released in the United Stated on Hulu in 2020, it broke the platform’s opening weekend record after netting more hours watched over its first three days than any other movie on the streaming service in the same period.

Palm Springs received four stars in NME and was described as “Groundhog Day in the California Desert” with Samberg swapping “sitcoms for the Coachella Valley in a touching time-loop romance.”