There is no denying that Titanic is one of the most notable films of all time, with the most debated ending in movie history.

Y’know, whether or not there was room for Jack Dawson (Leonardo DiCaprio) on that infamous door.

Side note: There totally was…

In the very final scene of the 1997 classic, we see the older Rose (Gloria Stewart) secretly throw the iconic ‘heart of the ocean’ necklace into the water, after recalling her love affair on the doomed voyage.

However, an alternate ending is once again doing the rounds on social media, leaving fans seriously unimpressed.

In the deleted scenes, Brock Lovett (Bill Paxton) approaches Rose as she holds the necklace overboard, begging to be able to hold the jewel he has been searching for. 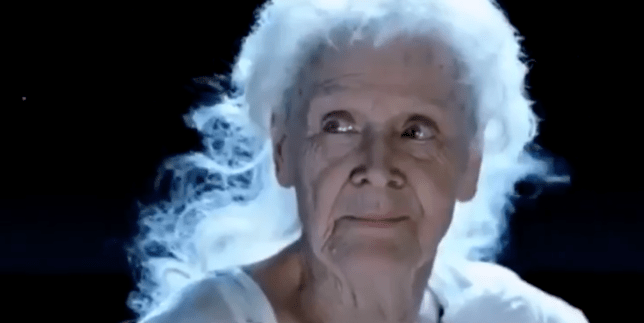 Without a care in the world, she then flings it into the water behind her, leaving most of the crew shocked.

As Brock laughs, his crewmate yells: ‘That really sucks, lady!’

Well, turns out social media agrees with him, with many slating the footage on Twitter.

Sharing a video, one fumed: ‘The alternate ending to Titanic is hilarious. This would have absolutely ruined the film for me.’

So do you think with that ending it still would’ve won best picture and 11 Oscars? ð¤£ð¤£

‘How the f**k have I only just seen this TITANIC ALTERNATE ENDING and seriously what the hell,’ another questioned.

‘I just saw the Titanic alternate ending and boy am I livid rn [sic],’ a follower commented.

A Twitter user added: ‘I…I wish I never saw this.’

As a fan asked: ‘So do you think with that ending it still would’ve won best picture and 11 Oscars?’

The deleted scene is thought to have originally featured as bonus content on the 2005 DVD.

Anyone else think it should’ve been buried next to the necklace at the bottom of the ocean?

Prince Philip Will Likely Remain in Hospital for Observation