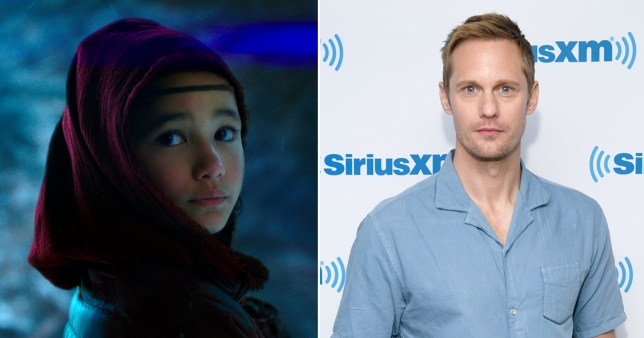 Godzilla Vs Kong actor Alexander Skarsgard has revealed he learned sign language to communicate with his co-star, Kaylee Hottle, who is deaf.

While she’s a newcomer to the industry, the actress, who plays Jia in the film, ‘steals the show’ according to Alexander, with the Legend of Tarzan star having nothing but praise for the youngster.

Explaining that he learned American Sign Language so as he could communicate with Kaylee, Alexander added to Junkee: ‘It’s fascinating how comfortable she is in front of the camera and how quickly she takes notes from the director Adam [Wingard].

‘He’ll explain something and she’ll be like “got it, got it” then she’ll just do it and everyone’s like “the f**k … how did she?”

‘She’s so professional and just incredibly … there’s so much going on on her face, her expression and the subtleties of that is fascinating to watch.’

While having your first film be a huge blockbuster might be a daunting prospect, Kaylee seems completely chill, adding to the publication that she just ‘goes with the flow’.

‘I think that it’s important having deaf actors plays deaf characters,’ she added. ‘Because deaf people are aware of their own language and they’re more familiar with the culture.’ 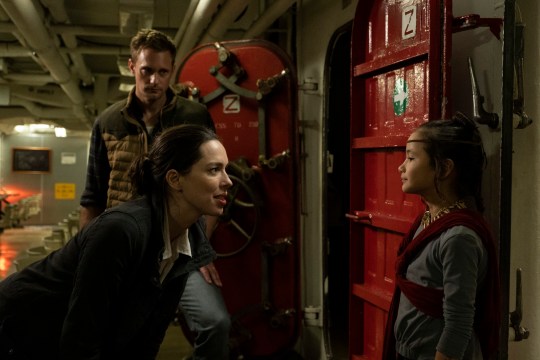 Following on from previous film Godzilla: King Of The Monsters, which was released in 2019, the new release chronicles the two iconic characters, Godzilla and King Kong, in an intense showdown, with the fate of the world left hanging on a thread.

The fourth instalment in Legendary’s MonsterVerse series was originally scheduled to be released in November 2020, but was postponed as a result of the coronavirus pandemic.

It has now been announced the film will be released to HBO Max and select cinemas in the US on March 31, and as a premium rental on online demand services for UK viewers on April 1.

Godzilla vs Kong is released on UK streaming platforms on April 1.

Sharon Osbourne urged to take ‘self-imposed hiatus’ to save reputation