After 18 months of pandemic boredom, to say that Marvels’ latest offering, Eternals, has been over-hyped would be an understatement.

For months, we’ve been hearing about the film’s historic firsts – a love scene, an openly gay character, even direction from Nomadland’s lauded Chloé Zhao.

But as the lacklustre reviews roll in – admittedly some of which were fuelled by homophobic ‘review-bombing’ by so-called ‘fans’ – I’d argue that even Alfred Hitchcock couldn’t make this bloated, formula-bound format more interesting.

With Ridley Scott becoming the latest in a line of revered directors to denounce superhero movies as ‘boring as s**t’, Eternals has cemented my conviction to never see another Marvel film again. And I don’t believe my cultural life will be any less fulfilling without them.

After 13 years and 26 films, it is strange to look back on the auspicious origins of the Marvel Cinematic Universe (MCU), as 2008’s Iron Man promised to give Marvel-brand superheroes a mainstream platform to match their celebrated comic book origins.

The film was a massive success, bringing an infectious energy and snarky intelligence to a format which, aside from Christopher Nolan’s exemplary Batman trilogy – a gloriously gritty journey through Gotham City’s underbelly led by career-defining turns from Heath Ledger and Christian Bale – was churning out toe-curling flops like Ben Affleck’s hideous Daredevil – a film so dull and death-ridden that it becomes disturbingly laughable.

Soon, an MCU ‘shared universe’ unfolded; stuffed with A-list talent, big-budget action and a supposedly seamless ‘multi-verse’ mythology… but one that I would argue has become so mired in mediocrity and homogeny that we barely remember how a blisteringly good blockbuster is supposed to feel.

It’s possible I may be a cinema snob, but in my defence, I find as much enjoyment in The Godfather Part II as I do in Clueless. I still cry so much during E.T. that snot practically explodes from my nose, and countless films have brought magic to my life.

I am frustrated by the MCU because it steamrolls the public and the box office with a repetitive arc of aesthetics, stories and characters. While Eternals promised an exciting new team of previously unseen heroes, audiences were given just glimpses of emotional connection ham-fisted between large, mind-numbing action sequences, one of which used a horrific real-world event – the Hiroshima bombing – as a platform for pathos.

The MCU formula has conditioned us to always anticipate ‘more’ – be it sequels, cameos or even spin-off TV series – rather than to question the rationale for dozens of standardised stories and how they will actually enrich our lives as cinemagoers.

Eternals has merely affirmed why the ‘Multiverse’ can never leave me fulfilled. Ultimately, the MCU is just a smattering of sequels, spin-offs and thinly-connected characters, orbiting each other without opportunities for intimacy, depth or emotional development.

Take Avengers: Infinity War (2018), a film where Thanos – an apparently terrifying villain who resembles a muscular aubergine emoji – blasts people to death with what appears to be a Barbie gemstone in a gold glove. After countless films featuring our beloved MCU heroes, my heart was apparently supposed to break as Thanos decimated half of all life in the universe.

But how can you mourn for such woefully underdeveloped characters as Elizabeth Olsen’s Scarlet Witch, or Anthony Mackie’s Falcon? Not to mention the flimsy rationale behind Thanos’ quest to kill everyone and muddled talk about stabilising an overpopulated universe.

I respect that some fans will hold a lifelong love for the comics and these characters, but if Thor suddenly packed up his hammer and pissed off for good, would you actually care?

Compare an origin story like Captain Marvel or The Incredible Hulk to Christopher Nolan’s Batman Begins. A film that reflects upon the morals, power and trauma of its central character, while Nolan’s suspense-filled action sequences leave a lasting impression with the viewer.

I can’t remember the last time a Marvel film made me feel the same way, and it’s embarrassing that we’ve waited a decade to have a standalone female-led film like Captain Marvel. Why – in a world populated by an equal number of female counterparts – are women so underappreciated?

It’s embarrassing that only a small handful of women have officially received writing credits on cinema’s biggest franchise, particularly when complex female characters such as Terminator’s Sarah Connor are the emotional cornerstone of so many great blockbusters.

There have been repeated calls for Marvel to be more ‘woke’ and for its heroes to better reflect modern society. But is the bar so low that after 26 films the inclusion of one LGBTQ kiss and one tepid sex scene in Eternals (where Gemma Chan and Richard Madden, characters who’ve been in love for 5,000 years, barely touch one another), should be considered progressive?

I long for the days when it was the norm to see a blockbuster that inspired emotion and elation (Picture: Walt Disney Studios/Marvel Studios/Moviestore/REX/Shutterstock)

While I agree that Black Panther created an exciting new vision and a league of BAME role models, I am amazed there is a sequel coming despite the tragic death of its lead actor, Chadwick Boseman. Why can’t the MCU accept that a great blockbuster and a great hero can be contained in a standalone story and still be beloved?

If a character’s arc warrants a wider story, then why can’t the MCU at least endeavour towards re-invention like James Bond? After 60 years, of course there’s going to be the odd turkey, but unlike Marvel, both the characters and the production values have always endeavoured to evolve with cultural and generational shifts, making relevant adjustments in tone, music and action. Bond’s impact on popular culture has never diminished and its creators have also learnt from its rivals, such as the original Jason Bourne trilogy, to elevate core thematic and stylistic elements.

Yet there are so many blockbusters across history that don’t rely on ‘sameness’ in their storytelling and characters, from Alien to Back to the Future. These films manage to deftly subvert popular tropes like ‘outer space adventurers’ or build upon common elements from popular genres like horror, sci-fi and the classic western. It is possible to use a ‘go-to’ genre as a canvas to paint upon, not merely to continuously replicate.

I think we deserve more and it’s time we asked ourselves; what will seeing another Marvel film bring to your life? I love a guilty pleasure and some escapism, but is that an argument for 26 films and counting? How will the next outing be any different from what’s come before?

I don’t see any scenario where Marvel could pique my interest again. For me, the magic of cinema is coming away and feeling like you’ve experienced a moment in time. That starts with the power of storytelling and a feeling, or an image, that lingers long after, sometimes even decades after, we’ve seen it.

I long for the days when it was the norm to see a blockbuster that inspired emotion and elation. I’ll never forget seeing E.T suddenly soar into the sky on Elliott’s bicycle, or the first time Russell Crowe delivered his revenge-wreaking monologue in Gladiator.

I don’t believe the MCU can inspire those feelings anymore, so I’m simply saying; ‘no’. It’s unlikely that when I grow old I’ll be telling my grandkids about the imprint Rocket Raccoon – a CGI character from Guardians of the Galaxy – has left on my life.

With eight new MCU films in the works, is it time to consider whether you’ve had your fill? And to finally start questioning if Marvel deserves its monopoly over modern cinema. 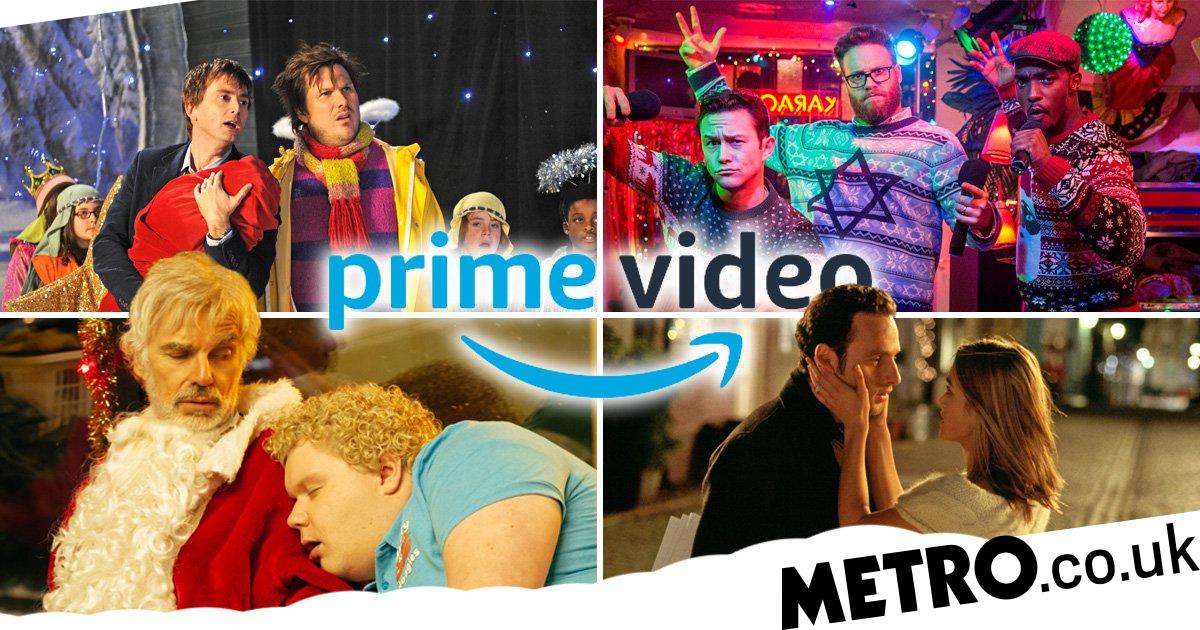 Best Christmas movies to watch on Amazon Prime UK in 2021

Every film and TV show being axed by Netflix in January