*WARNING: Spoilers for A Quiet Place 2 below*

A Quiet Place 2 has finally been released in the UK, more than a year after it was originally slated for cinemas.

This was a lot easier said than done, with terrifying monsters and even scarier humans roaming around – but thankfully Emmett (CIllian Murphy) was on hand to help the family, taking them in and giving them shelter.

The film ended on an ominous note, with Emmett and Regan very briefly finding sanctuary on a mysterious island while Evelyn and Marcus battled monsters in the shelter – and also running out of the oxygen tanks they have been using to soothe the youngest member of the family.

Studio bosses have yet to confirm whether another sequel is even in the works but the ending of the Part II makes it almost certain that we’ll see more silent action on the big screen.

What do we need to happen in A Quiet Place 3?

While the first instalment in the horror franchise focused on the Abbott family laying low in their own home, they ventured further out for the sequel. Evelyn trekked everyone through a seemingly-abandoned wooded area to seek shelter, with Regan and Emmett even getting a boat to another island at one point.

Director John Krasinski balanced the tension and the scares perfectly, making cinemagoers jump out of their skin at the mere sound of a twig snapping, but it felt like Emily was side-lined at points until the very end, with more focus going to her young children.

If there is to be a third instalment, they have to find a way to reunite Evelyn and Marcus with Regan – and give the matriarch more of a starring role alongside them. Fingers crossed Emmett can find a safe way to get them all to the island without bringing any more uninvited guests with them…

More of Emmett’s back story 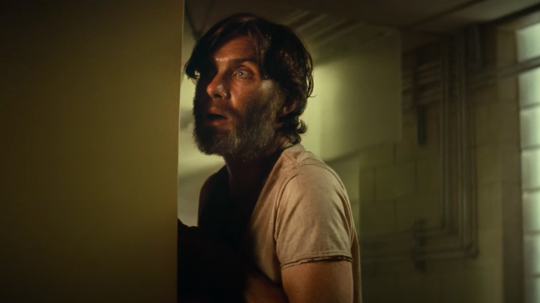 Speaking of Emmett, there is no denying that Cillian Murphy completely embodied his part – with fans and critics raving about his portrayal. He’s first introduced through a flashback at the beginning of the film, before letting the family into his makeshift home.

However, how he came to be there is barely touched on, except for a few lines of dialogue with Evelyn about his wife and son not surviving, with Marcus also uncovering a series of drawings he had created of them.

The loss has clearly impacted Emmett massively, and grief palpably weights on every decision he makes – hopefully this can be explored more in the third instalment.

Emmett and Evelyn not getting together 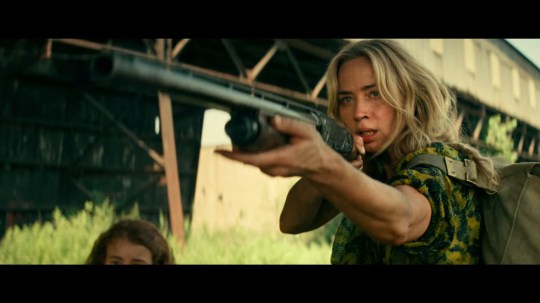 Can we please avoid a romance plot in Part III? (Picture: Paramount)

Emmett and Evelyn have accidentally been thrown together following the death of both of their partners, and have found themselves fending off blood-thirsty monsters and living in very close quarters. Normally this would be the moment scriptwriters throw in a romantic twist, showing how love can blossom even in the darkest depths of a deadly pandemic.

But we are desperately hoping that bosses give us something a little different, showing instead how they stick together in a purely platonic sense and develop a close bond strictly as friends.

To be completely honest, we’d rather watch the nail scene from the first film on a constant loop than see an unnecessary romance develop.

A way for the monsters to finally be defeated

As much as we love being terrified to even make a sound for fear of attracting the monsters, we’re really hoping the gang can use Lee’s knowledge and Regan’s bravery to find a way to keep those creatures at bay once and for all.

Part II ended with Regan using her hearing aid to once again blast the enemy and save their lives – but with the pair last seen in a radio station, can they figure out how to broadcast the sound to a larger audience and put an end to their misery for good?

Let’s hope they end the film with the loudest party known to man.

A Quiet Place Part II is in cinemas now.