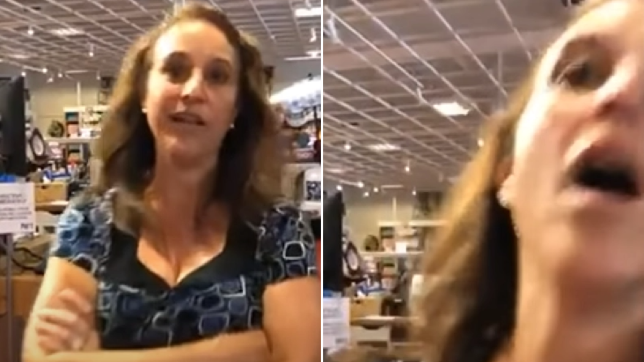 Debra Hunter, pictured, was jailed for 30 days for deliberately coughing on a mother of 10 who has cancer during an argument at a homeware store (Pictures: Heather Sprague)

A woman who deliberately coughed on a mother of 10 with cancer at a homeware store has been jailed for 30 days. Debra Hunter, from Jacksonville in Florida, was hit with the sentence and a $500 fine on Thursday over the June 2020 coughing attack on Heather Sprague at a Pier 1 store in Jacksonville.

Hunter told of how her family had been shunned as she was sentenced. She said: ‘I watch as my kids lower their heads and turn the opposite direction, so they won’t be recognized or approached. And I know exactly what they’re feeling because I do the same thing.’

But Judge James Ruth hit out at Hunter for showing more remorse for herself than her victim as he ordered her jailed. Judge Ruth said: ‘Her children didn’t create this problem and her husband didn’t, and she talked about how it changed her world and she was getting nastygrams on Facebook and things of that nature and they can’t go to their country club or wherever.

‘But I have yet to see any expression, or a significant expression on her regret about the impact it had on the victim in this case.’

Hunter shot to global notoriety after she was filmed coughing on Sprague, after Sprague began recording her while she argued with shop workers.

Sprague – a brain cancer survivor – faced a nervous three day wait for a Covid test, which later came back negative. Her partner and 10 children also had to undergo Covid tests, but all were free of the virus. At Thursday’s hearing, Hunter was ordered to pay the cost of her victim’s test.

Sprague told FirstCoastNews: I was stunned in the moment, and increasingly fearful in the aftermath.

‘I worried for the health and safety of my children, and wondered how in the world I could possibly isolate to protect them — in a household of 12 — if I had been intentionally infected.’ 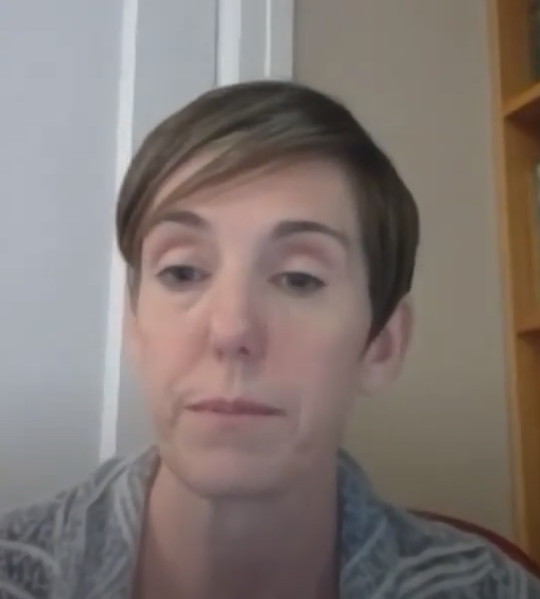 Victim Heather Sprague, pictured, feared she might have picked up the virus, which could have caused serious issues because of her cancer diagnosis (Picture: FirstCoastNews)

Hunter’s husband Doug attempted to defend her behavior in court, saying it had been partly spurred by a house fire which caused them to lose all their belongings.

Explaining what he said was his wife’s state of mind, Doug said: ‘It was like air being inflated into a balloon, and it finally got to the point where she couldn’t handle any more air.

‘And then she finally rubbed up against something and just popped.’

Hunter was credited with one day she spent behind bars after her arrest, meaning she will spend a total of 29 days in Duvall County Jail.

The X Factor was gladiatorial but Rebecca Ferguson comes out fighting