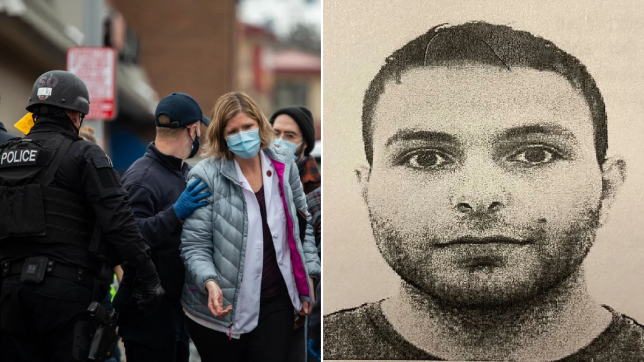 A woman waiting in line for her Covid vaccine was among 10 people massacred after a gunman opened fire at a Colorado supermarket. The unidentified vaccine patient was at the front of the line at the King Soopers grocery store in Boulder, Colorado, on Monday when she was struck and killed.

Steven McHugh told CNN that his son-in-law was third in line for the vaccine when the shooter killed the woman at the front of the line.

‘They were right there from the first shot to the last,’ McHugh said.

McHugh added that his two granddaughters and their father were speaking on the phone with their grandmother. The grandma heard around eight gunshots before the three ran upstairs and hid in a coat closet for 45 minutes. 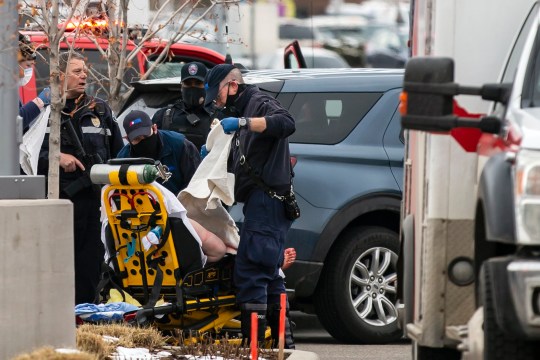 A person is loaded onto a stretcher after a gunman opened fire at a King Soopers grocery store. (Picture: Getty Images)

A man who only identified himself as Steven told CBS4 that his grandchildren and son-in-law were at the King Soopers pharmacy when ‘the shooter came in, shot the woman in front of them.’

While the victims of the shooting have all been named, it is unclear which of those murdered was about to get her shot.

His family members waited inside the store until police said it was safe for them to come out.

King Soopers’ website states that it began its coronavirus vaccine program across Colorado in February and that dozens of pharmacies associated with the supermarket were offering Moderna jabs to people who met qualifications. 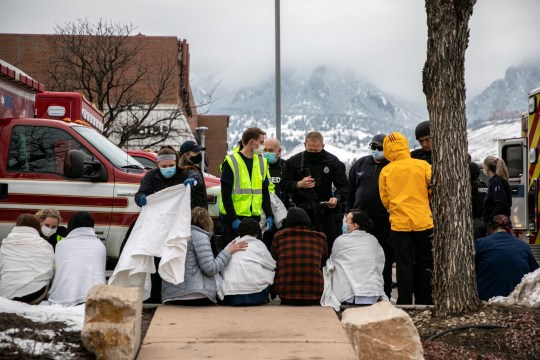 Healthcare workers and shoppers are tended to after being evacuated from the King Soopers grocery store. (Picture: Getty Images)

McHugh said that ‘no family should ever have to go through this again in the United States.’

‘The intensity and awfulness is going to last with them for the rest of their lives,’ he said.

Woman in control of dog that mauled Freddie the seal is Oxford-educated lawyer who lives in £5.8m home

How long has Kate Garraway been married to Derek Draper and was she married before?