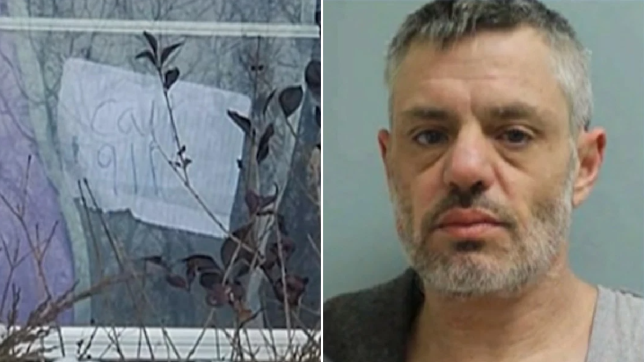 A woman’s ‘call 911’ sign led to her being rescued from a knife-wielding attacker who had ‘beaten and strangled her’.

James Vickers, 44, was arrested by police in Unity Township, Pennsylvania, on Saturday after a passerby spotted the alarming sign in a window and phoned for help.

Inside officers found a woman with ‘visible facial injuries’ who said she feared for her life and had posted the sign after she was allegedly assaulted.

Police say there was no one else in the house and her phone had been smashed. According to Pennsylvania State Police the suspect had a knife on him when officers arrived. 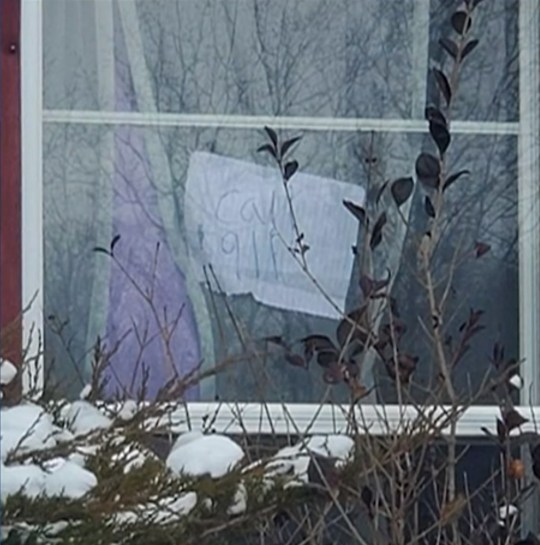 The woman’s phone had been smashed so she couldn’t phone for help herself (Picture: WMC5 Action News)

Vickers is accused of ‘beating and strangling’ his victim after she tried to leave the house.

He’s being held in the Westmoreland County Jail on assault, strangulation and drug charges.

State police trooper, Steve Limani, said: ‘Heads up on the victim’s part, having to go through a traumatic incident like she just went through and then thought, ‘My phone is damaged. I can’t make a call. What can I possibly do to get myself out of this horrible situation?’

Police took Vickers into custody following a ‘brief struggle’ and officers also found ‘suspected methamphetamine and pills’ at the property. 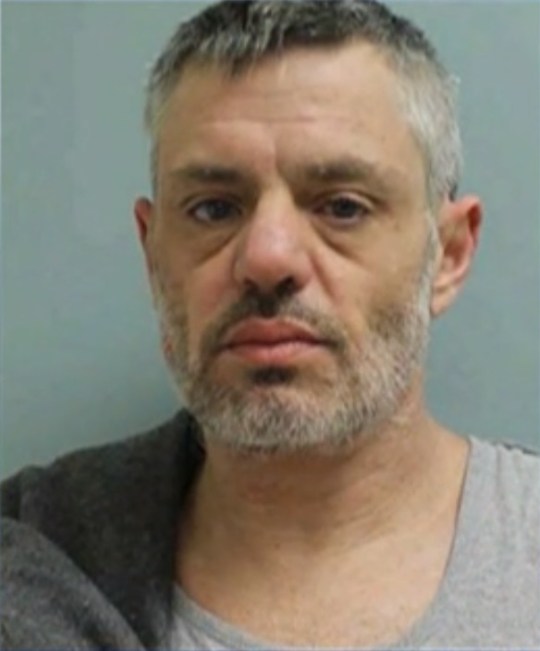 The unnamed victim is expected to make a full recovery and police have paid tribute to the passerby who called police after spotting the ‘call 911’ sign in the window.

Limani added: ‘We’re very lucky in this particular case that nothing else was worse than what it was.’

According to court records, Vickers pleaded guilty to simple assault and strangulation, stemming from two separate cases in 2018.

He’s due to appear in court on the new charges following this recent incident next month.

When will Primark open? – The Sun