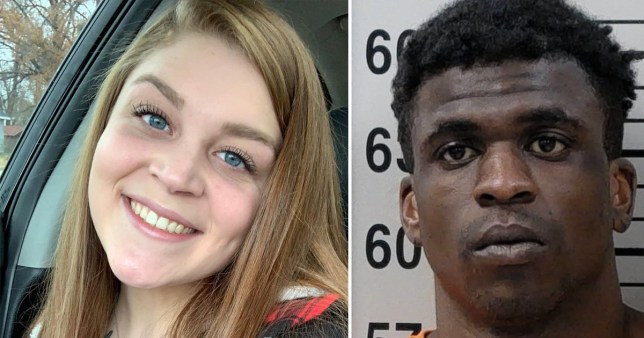 Liese Dodd was eight months pregnant when her ex-boyfriend Deundrea Holloway beheaded her and threw her head into a dumpster (Pictures: Facebook/ Alton Police Department)

A 22-year-old who was eight months pregnant was decapitated in her home by her ex-boyfriend, who now faces murder charges, police said.

Deundrea Holloway, 22, has been charged with murder, intentional homicide of an unborn child and several other crimes in connection to the June 9 murder of Liese Dodd.

Dodd’s mother went to her home to check on her last week and found her dead, police in Alton, Illinois said.

Police Chief Marcos Pulido said the couple were in an ‘on-again off-again relationship’ that lasted two years. Dodd was expected to deliver her child in late July. 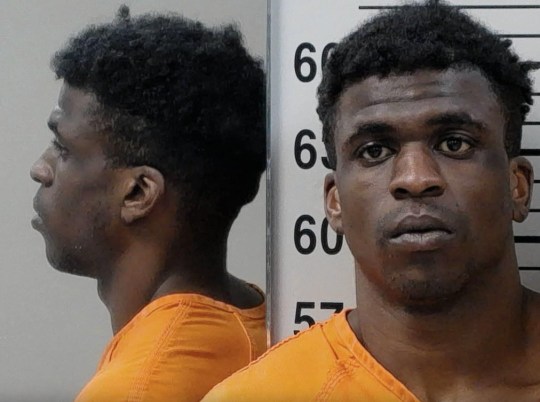 Deundrea Holloway is being held in police custody on a $2million bond (Picture: Alton Police Department)

Holloway has also been accused of abandoning Dodd’s head in a dumpster, court records show.

Dodd’s mother, Heidi Noel, told KMOV how the family was planning a baby shower for the end of the month.

‘I had just sent out invitations the prior Saturday for the baby shower. We were just excited and gathering the items you need to have a baby,’ Noel said.

‘She wasn’t set on a name yet. She said “my little bean.” So, we essentially were calling the baby, “baby bean.”‘

Instead of planning the shower, she now has to plan a funeral after finding her daughter’s decapitated body. 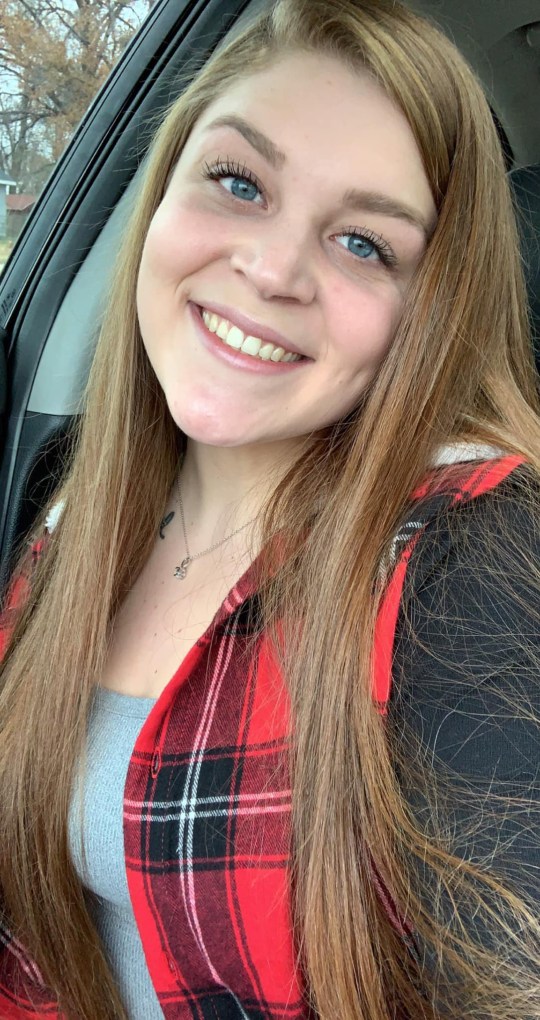 Liese Dodd had attended college and was looking to enter the medical field, following in her mother’s footsteps (Picture: Facebook)

‘It’s not something I wish on anybody,’ Noel said.

Dodd had attended college and was planning on entering the medical field, taking after her mother, who is a nurse.

The slain woman’s mother also said she was relieved Holloway was in custody.

‘Because of the nature of the relationship, I made contact with her every day to check in, so there was quite a time span that she hadn’t responded to me,’ Noel said. ‘So that’s what prompted me to check on her.’

‘I’m glad that he’s off the streets, and that is my big hope is that he’s no longer able to do this to anyone else,’ the mother said.

Holloway is being held in custody on a $2million bond.