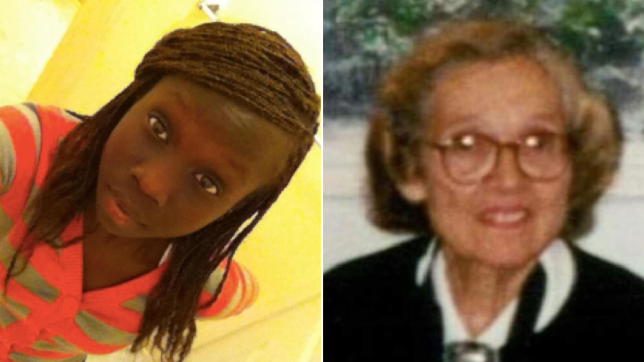 A violent criminal who allegedly preyed on the elderly murdered a 93 year-old retired teacher after a judge ignored prosecutors and freed her, it is claimed.

Victoria Afet, 23, allegedly killed Connie Tuori at Tuori’s apartment in Syracuse, New York, just days after she is said to have robbed and bitten a 74 year-old woman who lived in the same building. Just 24 hours after she was arrested over that offense, Afet was freed by Judge Felicia Pitts Davis with no bail.

Prosecutors objected to Afet being allowed to go free, having asked for bail to be set at $50,000, and Connie was murdered eight days later.

Onondaga County District Attorney Bill Fitzpatrick – the county’s top prosecutor – said afterwards: ‘Less than 24 hours (after allegedly biting them woman) Ms Afet was released with no bail, and a week later is alleged to have murdered Connie Tuori. 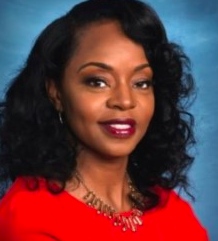 Judge Felicia Davis Pitts, pictured, has declined to comment on her decision to free Afet

Police have yet to say how the elderly woman – who loved traveling the world – died, or share a possible motive for her killing.

Pitts Davis has refused to comment on why she freed Afet, or on Connie’s death, citing rules that forbid judges commenting on impending cases. Afet has been arrested at least 10 times over the last year, CNY Central reported, for offenses including stabbing, fighting and stealing.

Connie – who spoke of her love of global travel during a 2013 interview – lived at a complex called the Skyline Apartments, which residents claim is rife with crime, and poorly maintained.

Afet has since denied killing Connie, with her lawyer asking for charges to be dropped after claiming reporting of the case means the alleged murderer cannot get a fair trial.

She faces life without parole if convicted. New York State passed a new bail law in 2019 aimed at giving judges more discretion over whether suspects should be made to pay it.

Supporters said previous bail laws were unfair, in that they kept suspects who could not afford to bail themselves out behind bars.

Opponents of the reform point to evidence of other suspects going on to commit crimes after being freed as evidence of its flaws.