A 17-year-old rescue pooch has beaten off stiff competition to be named the World’s Ugliest Dog.

Mr Happy Face, a Chinese Crested dog, struggled to show much emotion upon claiming the crown and $1500 cash prize but his owner, Jeneda Benally was thrilled.

The World’s Ugliest Dog contest, which has been running for almost 50 years, promotes adopting animals over buying them and ‘celebrates the imperfections that make all dogs special and unique’.

It made a triumphant return to Petalum, California yesterday after a two-year hiatus due to the pandemic.

Jeneda adopted Mr Happy Face from a shelter in Arizona after he was rescued from the house of someone suffering from hoarding. 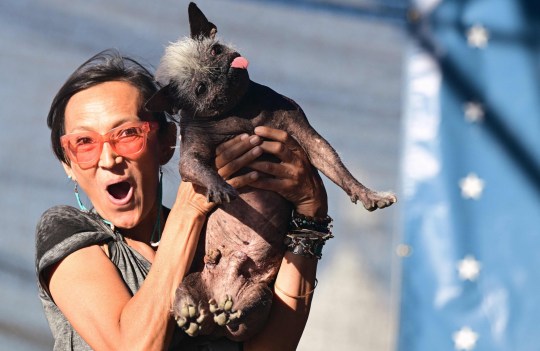 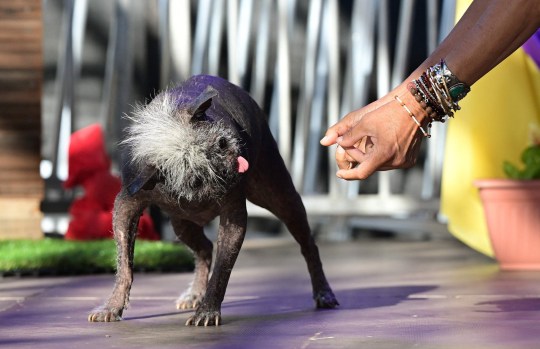 Describing the moment she first set eyes on Mr Happy Face in his competition entry, Jeneda wrote: ‘When I first met him, he was the happiest creature that I had ever met.

‘He hobbled up to me and chose me. I vowed that day, he would be so loved that he would never remember how awful his previous life had been.’

When Jeneda and her family adopted Mr Happy Face in August 2021 they were warned his various ailments meant he may not survive beyond three months.

But 10 months on Mr Happy Face is thriving. 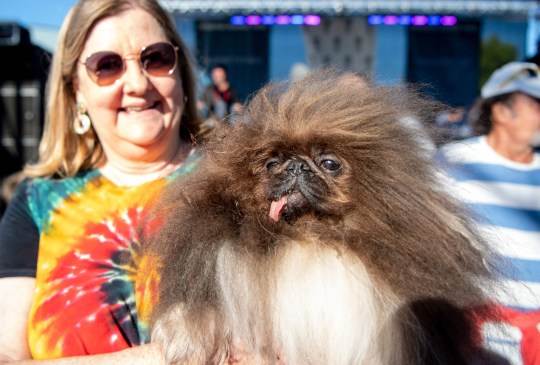 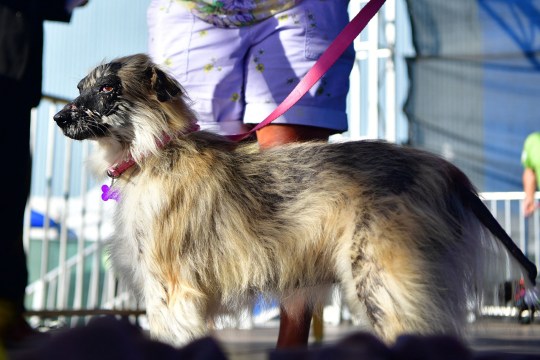 ‘Love, kindness and mommy kisses have helped him defy the anticipated short life that we all expected him to have with our family,’ Jeneda added.

Mr Happy Face’s goals are reportedly to have ‘a longer tongue than Gene Simmons and a more dashing snarl than Billy Idol’.

He is understood to dislike climbing stairs and not being the centre of attention.

His hobbies include ‘sleeping, snoring, woofing in his sleep and making odd sounds when he is happy’.

I’m a mum-of-ten at 47 – people say I have way too many kids but I don’t care, they keep me young