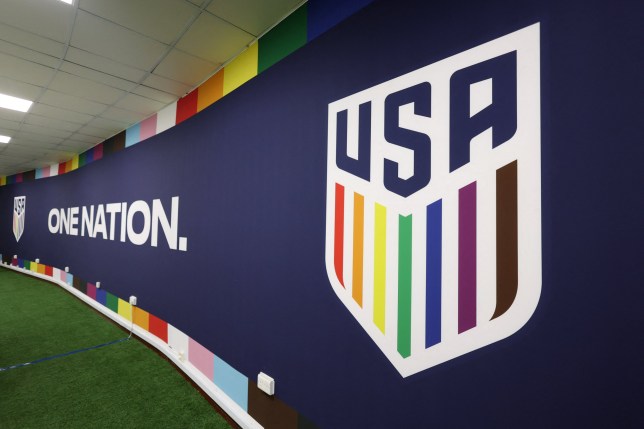 The US Men’s National Soccer team is displaying its rainbow badge at the Al Gharrafa SC Stadium in Ar-Rayyan, Qatar, where they are training (Picture: Reuters)

The US Men’s National Soccer team has showcased its support for the LGBTQ community with a rainbow-colored team logo at their training facility ahead of the World Cup in Qatar.

Photos of the Al Gharrafa SC Stadium in Ar-Rayyan where the US team trained on Monday showed the badge, which below the dark blue ‘USA’ letters had seven different colored stripes. The original team crest has all the stripes in red.

It is meant to make a statement of disagreement with Qatar, which has made same-sex relationships illegal. Some soccer players say Qatar’s laws discriminate against LGBTQ people and women. They are worried about the rights of fans going to the conservative Muslim country during the games that will go from November 20 to December 18.

The multi-colored logo is part of the team’s ‘Be The Change’ initiative adopted in 2020 to encourage action on furthering social justice issues. 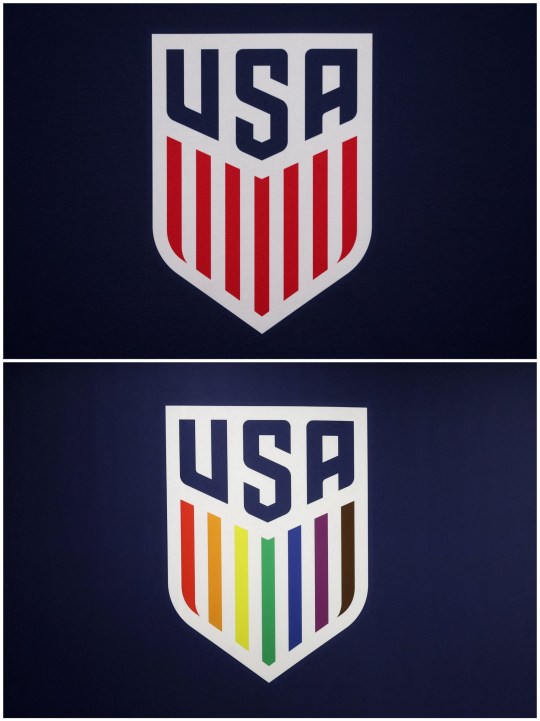 The US national team’s badge has red stripes (top) but its version supporting LGBTQ people has rainbow stripes instead (bottom) (Picture: Reuters)

‘When we are on the world stage and when we are in a venue like Qatar, it is important to bring awareness to these issues and that is what “Be the Change” is about,’ said US men’s national team coach Gregg Berhalter.

“It is not just stateside that we want to bring attention to social issues, it is also abroad. We recognize that Qatar has made strides and there has been a ton of progress but there’s some work still to do.’

Since adopting the initiative in 2020, the team has shown the rainbow badge various times in the past to push inclusivity. 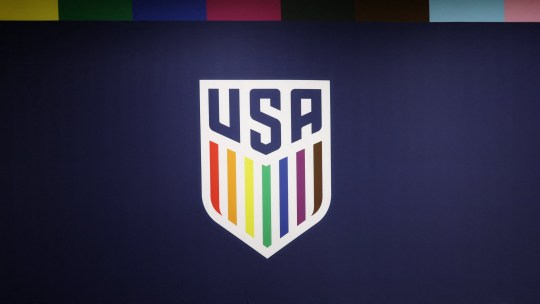 The rainbow-colored badge is part of the US Men’s National Soccer team’s ‘Be The Change’ initiative (Picture: Reuters)

‘Our rainbow badge has an important and consistent role in the identity of US Soccer,’ said the organization’s spokesman Neil Buethe.

‘As part of our approach for any match or event, we include rainbow branding to support and embrace the LGBTQ community, as well as to promote a spirit of inclusiveness and welcoming to all fans across the globe.’

The rainbow badge will be displayed not only at training facilities, but at the team hotel, media workrooms and parties. However, it will not be stitched onto kits worn by the team during World Cup games.

My son has found blood in his poo, the wait for an appointment is ridiculous, please help