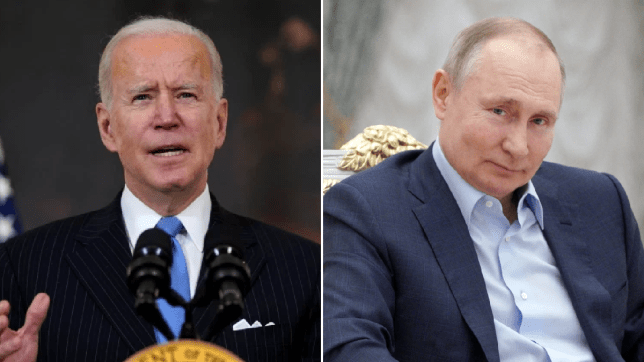 The White House is set to issue sanctions and impose financial restrictions on Russia in response to the Kremlin’s alleged inference in the US election and the SolarWinds cyber hack.

President Joe Biden is expected to announce the new measures as soon as today, which will include the expulsion of ten Russian government officials from the US as well as the barring of up to 30 Russian entities from working with or entering America.

Additionally, Biden is reportedly set to issue an executive order barring US financial institutions from purchasing rouble bonds issued by Russia, in a move that is aimed at targeting the Kremlin’s sovereign debt and the country’s economy.

The raft of potentially damaging sanctions are being made in response to the 2020 SolarWinds cyber attack on several US government data networks, which the White House blamed on Russia, as well as alleged Russian interference in the 2020 US election. 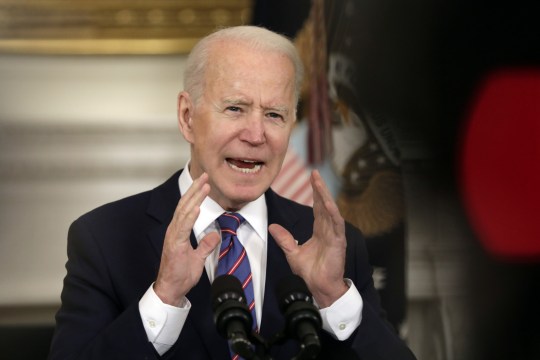 US President Joe Biden will announce the new sanctions over the coming days (Picture: Bloomberg via Getty)

Following the election, US intelligence agencies concluded that the Kremlin had backed Trump over Biden.

The sanctions will specifically target Russian intelligence and government officials who the US believe were involved in the SolarWinds cyber intrusion, the officials said, reports CNN. The breach led to the theft of data and caused costly inconvenience to tens of thousands of SolarWinds customers.

A Kremlin spokesman has condemned the expected sanctions as ‘illegal’ and suggested that Moscow will retaliate.

The actions will be rolled out in the form of an executive order from Biden, as well as sanctions from the State Department and the Treasury Department. According to officials, the US and its allies are preparing for potential Russian responses in the wake of today’s expected announcement.

The Russian diplomats who are being expelled are based in Washington DC and New York, and they will have 30 days to leave the country, the US official familiar with the plans explained to CNN. 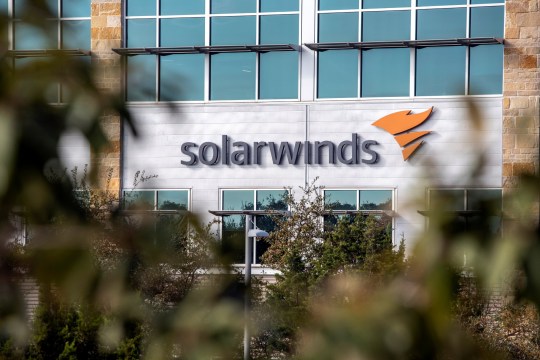 SolarWinds was at the heart of a huge cyber attack last year (Picture: Reuters)

Such new measures by the Biden administration come following Russia’s aggression against the US and its allies in the early days of Biden’s presidency.

Last month, Biden and Putin exchanged heated remarks when the US president called his Russian counterpart a ‘killer with no soul’.

The White House and the State Department did not immediately respond to CNN’s request for comment.

Mrs Hinch is selling a new line of diffusers at Tesco