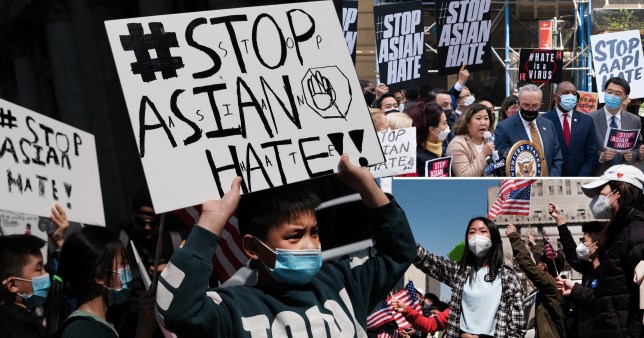 The Covid-19 Hate Crimes Act passed in the US Senate on Thursday (Picture: Getty)

US politicians have overwhelmingly backed a bill aimed at tackling anti-Asian hate crimes in America.

The Senate voted 94-1 to approve the Covid-19 Hate Crimes Act in a rare showing of bipartisan unity. The new bill, if approved by the House of Representatives, will give federal, state and local law enforcement greater powers to fight crimes against Asian-Americans.

The US has experienced an alarming and disturbing rise in anti-Asian hate crimes since the pandemic began, particularly in places like New York and San Francisco. Only last month, six women of Asian descent were slaughtered during a shooting at a massage parlor in the Atlanta, Georgia, area.

Incidents of hate crime have been fueled by phrases like the ‘China virus’ and ‘Kung Flu’, which former President Donald Trump used to describe the coronavirus. 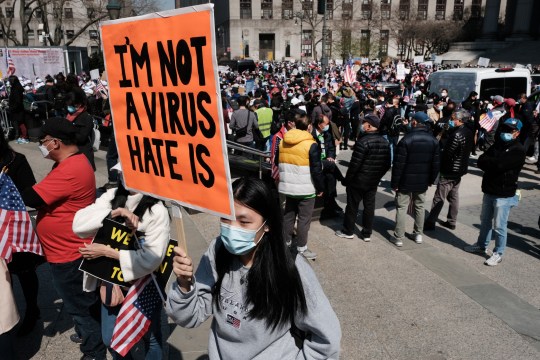 Incidents of hate crime have been fueled by phrases like the ‘China virus’ (Picture: Getty)

Josh Hawley, a Republican senator from Missouri, was the only lawmaker to reject the bill.

If passed, the bill would lead to an office within the Department of Justice specifically to address hate crimes against Asian-Americans.

The bill was initially introduced by Mazie Hirono and Tammy Duckworth, Democratic senators from Hawaii and Illinois, respectively, several weeks ago.

According to NBC, anti-Asian hate crimes increased by nearly 150% in 2020.

Legislation relating to the bill has been sponsored in the House by Democrat Grace Meng, from New York.

She said: ‘Today, the Senate said enough is enough, and underscored loud and clear that there is no place for hate anywhere in our society.

‘More reporting of hate crimes will provide us with increased data and a more accurate picture of the attacks that have been occurring against those of Asian descent, and a more centralised and unified way of reviewing these crimes would help to address the problem in a more effective manner’.

The Senate bill introduced by Hirono and Duckworth was altered to include additional anti-hate crime legislation introduced by Richard Blumenthal, a Democrat from Connecticut, and Jerry Moran, a Republican from Kansas. 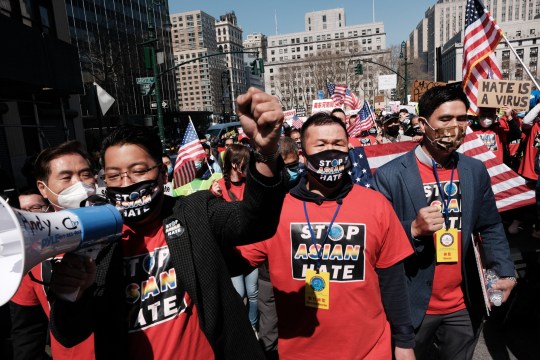 People participate in a protest to demand an end to anti-Asian violence on April 4 in New York City (Picture: Getty)

Their separate proposals would lead to an increase in resources to improve hate crime reporting, as well as provide bumper finances for assistance for hate crime victims.

‘Don’t let anyone say that we can’t do bills, important big bills, bipartisan bills in the United States Senate’, Blumenthal said on Thursday.

‘When American values are on the line, we can do them’.